Fah lifts the leaf that fell and killed Sain. Gentle like a breath he lay beneath it’s burden. So like sleep except for his open eyes that stared into nowhere because the he was gone from him.

Fah lifted Sain’s small hand and then watched it fall to the dust. Again he lifted it and watched it fall. And again. He placed his ear next to Sain’s mouth and nose to feel for exhalation where none was. He then lowered his head to the little ones chest to listen for a heartbeat, but none was there, none was heard. No and not and none, and never again had slipped into our midst.

The he was gone from him.

Like a reverberation atonal, everything shifted. The used to be was changed, was gone. Family now meant less, where precious heartbeats ago we had been one.
My little one that we had made was gone, his animation fleeting, fled, and he lay limp and broken in Fah’s arms, rocking, rocking and keening as Fah softly tried to call him back. Come back little son, little bright.

But all of bright was gone, even though the Spark shone and the airborne ones chattered and droned on this first spring day, the bright had gone. It left behind a sharp, piercing glare that sought intrusion.

A sing song entered through melancholy, between shiver and air’s lack until comprehension whispered. That was Fah calling out to me as he rocked the little one we had made, and leafs fall had unmade. That last leaf from up above, from way up almost beyond visions reach. Sain had spied it way up in the high, had stopped his skittering and stood on hinders, nose twitching.

“Fah, Fee”, he squeaked in excitement as he pointed beyond trunk and branch to the top of twig.
A last leaf, huge and twisting round and round in the breeze until it twisted a final twist and sauntered there, then there, lilting it’s way down from the far.

We all stood silent and enrapt by the mesmerizing dance as it drifted slow to the down.
It came, slipping this way and that, growing larger and more distinct. How hypnotic, as it fled down gravities curve.

But curve met Sain as we all watched, transfixed by the beauty of last leafs fall.

We curled our tails around each other, and Sain, shivering in the warming light of springs first mourn. 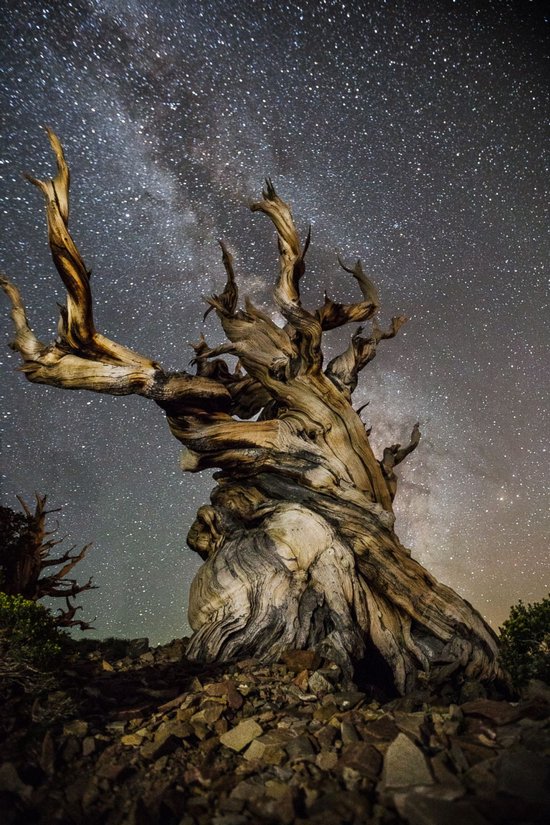 
Ummm...yes...it was a tad fanciful...I noticed the contest yesterday and that first line came smack out of nowhere into my mind...so I tried to wrap a story around the concept...

Somehow the rest evolved out of that first line as I imagined fragile shrew-like creatures...loose in a big world...

Ummm...I was attempting to communicate from a first person perspective a slight anthropomorphication of event.

I had in my mind the title of an article I had meant to read about how Scientists are recognizing consciousness and awareness in animals...or something along those lines...I hadn’t read the article...yet took liberty with an imagined intent...

Hope that helps to explain the stories high strangeness...

I think you managed it. It's ridiculously hard to write without ruining the connection, the choices you made in the vocabulary really helped set the scene in the right way.


Ummm...I was attempting to place you first person in the story...to create emotion from association...

I wanted to invest you with owning role...and place...enough so that an emotional state was created from merely linking certain words together in a certain way...that it invoked participation in intent...

I think that is all any story teller could hope to accomplish...

If I were to bore you...then I would have failed the test and investment would merely be wasted time...on both our parts...


I've been feeling bad for the last couple of days about my post.

I've done open mic a few times, so I know what heckling looks like and sounds like. The morning after I posted my original comment it hit me rather hard that the line " I couldn't watch that without trying to stop it." could quite easily be interpreted as heckling. But it isn't and wasn't intended to be.

Now that I can quote your own statements to ballyoo1:"I was attempting to place you first person in the story", I can explain what I meant by my line.

You succeeded, so I felt compelled to warn Sain.
That was the intent of my line: "I couldn't watch that without trying to stop it. "


Ummm...there’s no need for apology pthena...I understood your intent within the context...I knew exactly why you made that statement and frankly...I was humbled by your saying that you...”couldn’t watch without trying to stop it”...

I was thankful...and proud...and humbled that I could evoke that in you...

When I write pthena...I attempt to imbue honesty...an honest appraisal of my own emotions as I weave them into a shared view...the story as I experienced it as it evolved in it’s creation and likewise the view or the eye and ear and mind of the one experiencing through the focus of the characters as their read...

I took that complement you paid me in the light and heart in which it was gifted...

Thank you for also giving me the opportunity to explain some of my reasoning and the innate intention that causes words to be imbued with the power to leverage emotion and also imbued with creative energy...stored there within the text...merely waiting for the next consciousness to experience their intent...

originally posted by: Nothin
a reply to: YouSir