Big controversies coming to a head this week as another shutdown looms.

"Officials" from both Democrats and Republicans have been bickering about how much should be "appropriated" for the WALL !!

Lots of BS coming mostly from Democrats (likely on "the take") from smugglers etc.

Famous wildguy Beto O"Rourke (aka Beeto the Freeto Bandeeto) is set to "counter" Trump at his own little rally close to Trump's !!!!

Money for the WALL can come from more than one source.

Will Trump be forced to declare a National Emergency? 💥😳💥

President Donald Trump is trying to turn the debate over a wall at the U.S.-Mexico border back to his political advantage as his signature pledge to American voters threatens to become a model of unfulfilled promises. Trump will hold his first campaign rally since November's midterm elections in El Paso, Texas, on Monday as he faces a defining week for his push on the wall -- and for his presidency and his 2020 prospects. Weakened by the disastrous government shutdown and facing a fresh deadline Friday, Trump is trying to convince people that that he'll continue to push to build his long-promised wall, even though there's no way it would be anywhere near complete by the time voters have to decide whether to give him another term. A bipartisan group of lawmakers were negotiating ahead of Friday's deadline, but on Sunday people familiar with the talks said the mood among the bargainers had grown sour. They spoke on condition of anonymity to discuss private talks.

They're speaking less than half a mile — but worlds apart — from each other.

President Donald Trump will be holding a rally in El Paso Monday night where he's expected to reiterate his call for a wall or barrier on the southern border and echo the statements he made in his State of the Union address last week.

"The border city of El Paso, Texas, used to have extremely high rates of violent crime — one of the highest in the country, and considered one of our nation's most dangerous cities," Trump said then. “Now, with a powerful barrier in place, El Paso is one of our safest cities."


"Conflicts of Interests all over the place" 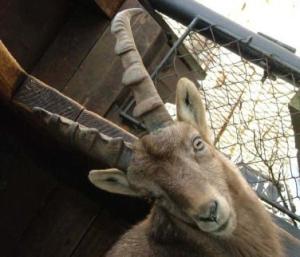 This is also despite national mainstream media reporting negatively on the highly successful President Trump 92% of the time.

Barack Obama had a cake walk with the media.

That 52% number comes from Rasmussen Reports, they don't have a reputation as being impartial and accurate pollsters, they have a politically right bias and consistently give Trump higher numbers than other pollsters and despite this struggle to keep him above 50% approval. According to their own index history Trump has barley ever been above 50%. A more reliable way to look at polling data is to look at a collective of polls from various outlets. If you do that then right now as of writing this thread Trump has a 40% approval rating. To compare at this point Obama was at 49% approval which isnt exactly glowing numbers but no where near as bad as Trumps poling numbers which have collectively pretty much been below 50% since the start of his presidency. Which is quite an "achievement" considering that no other President has ever managed this.

So please, don't pretend that his approval ratings have suddenly soared because they are and always have been abysmal.

Also is this two threads in one, because its a thread about a upcoming Trump rally and then in the very next thread you're talking about his approval ratings.
edit on 11-2-2019 by OtherSideOfTheCoin because: (no reason given)

FFS, you got triggered that much?

What difference at any point does it make ?

"Orange man bad" is the typical answer to people who criticize trump now. Trump does so many wacky things that trying to justify it would take pages of mental gymnastics...


First one of my lifetime!

originally posted by: OtherSideOfTheCoin
a reply to: seeker1963


What difference at any point does it make ?

What difference does it make? Well you claimed that his approval ratings were now better than Obamas at this point in his presidency with a rating of 52%. My point was only to demonstrate how this is factually incorrect when you actually analyse the polling data properly.

Would be great if Robert Francis' rally got raided by ICE. Poof empty rally hall


I am getting very much ashamed.............One side has gone into full mad cow syndrome with the whole wall and there all illegal dope dealin rapist and then the other side has gone all omg 21 savage is being picked on those high heels are black face racist and that gucci sweater is blackface


It all makes me feel like america has gone supersoft and needs to really be reminded just what a real racist dope dealin pimp is like when in super charge.
edit on 11-2-2019 by UncleTomahawk because: (no reason given)

Wow those were some nice exclamation marks.

Now you do know that just because Trump says that 75,000 requested tickets, doesn't actually mean it's true right?

Also even if it where true, it still does not in anyway negate my debunk of your previous link about his polling numbers.

The 9th Circuit Court of Appeals ruled for the Trump administration Monday in a case challenging its use of waivers to bypass environmental regulations in constructing parts of the border wall.

The state of California and several environmental groups sued President Donald Trump and the Department of Homeland Security (DHS) in September 2017 to stop construction of a border wall prototype and ongoing repairs to 14 miles of an existing barrier in San Diego. (RELATED: DHS Sued For Not Assessing The Environmental Cost Of Mass Immigration)

“Under the Illegal Immigration Reform and Immigrant Responsibility Act of 1996 (IIRIRA), the Secretary of the DHS has long had the authority ‘to install additional physical barriers and roads … in the vicinity of the United States border,'” the 9th Circuit’s opinion states, quoting the IIRIRA.

so the 9th circuit ruled that potus and company can repair an existing wall and that gives you a woody?

I am confused cause from where i sit it seems like you are just blowing smoke up peoples rear. I suppose as long as it makes em smile.

Police are lining up their vehicles near Eagle Pass, Texas, to help Border Patrol agents stop the illegal crossing of caravan migrants who arrived in the Mexican border town of Piedras Negras last week. Texas Governor Greg Abbott deployed an additional Department of Public Safety (DPS) troopers to the region to assist in securing the border section that has no physical barriers to prevent illegal crossings. 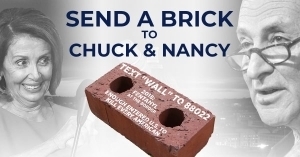