posted on Feb, 11 2019 @ 03:26 AM
link
I've lived in 3 continents in my life. United Kingdom, Japan, America. I'm in my early 40's.
I've watched like many of you on the site the world turn insane.
Pretty much read every Jim Marrs book, watched Alex Jones before he sort of became famous. Watched David Icke in the early years, own all of his books much of which is filler as he tends to repeat the same thing several times over. Watched what I could of Jordan Maxwell. Some of you think he's a total fraud or disinfo agent.

My personal take has been that everyone of these mentioned speaker/authors have a part of the puzzle. If they had the entire puzzle figured out then we'd never hear from them again.

I've watched life go by and I know that there is an obvious agenda for control. It's becoming overtly obvious as the people with the power are losing out to the ever growing voices of concern and total disbelief.

I will be avidly reading up whatever spikes my interest and hope that I learn more.
One day, on my death bed I hope to be able to feel ok with life. Unfortunately as I see the breakdown of society in it's current state I am not holding my breath.

Many of my lifelong church member friends have all but stopped attending Christian churches. Instead they've started their own group where they talk openly about what they are actually observing. I'm pleased by this because they are exercising their critical thinking skills. Something that most organised religions seem to want to take away from you the "believer".

I digress. I hope to gain from joining this site. I'm interested in all conspiracies, UFO's (re-engineered or "authentic"). While I lived in California I never saw chemtrails, not until really Jr Bush years.

NOTHING FITS! It's all nonsense. Make the lie big, and keep repeating it until the masses believe you. TSA? The amount of radiation that they use isn't regulated by anyone.

There's a lot of things that make no sense at all. It doesn't even make nonsense. I hope that by joining this site that I'll become more educated. Even if some things are actually disinfo, there's usually a modicum of truth to even those tales.

Thanks to the site runners for having the courage to host this wealth of information. It's truly fascinating stuff!

Welcome to the fray.
Best to you, on your way.

Welcome to ATS. You seem well-versed in the topics.

Their father was OJ Simpson's lawyer. That's it. His money, their bodies.

As long as you’re blindly loyal to your chosen political party (there are only two choices btw) you’ll fit right in here. All conspiracy’s must be blamed on the dems or the orange man or they won’t get any attention.

Or he could just avoid all Mud-Pit threads...

If only the mudpit posters wouldn’t crawl out into other topics bringing the mud with them. 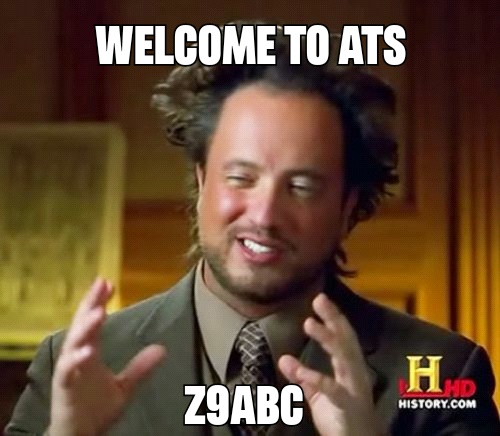