The U.S. Department of Defense has identified three ogranized northbound caravans of migrants, preparing to enter the United States.
townhall.com...

With the aid of a Mexican official, the lead caravan was fast-tracked to the U.S. Mexican border this week.


The Governor of Coahuila (Mexican state) gave the most recent caravan about 50 buses, to transport them to the border.

Last night they arrived at Piedras Negras, across from Eagle Pass, TX.

The border between Piedras Negras, Mexico and Eagle Pass, Texas contains NO significant walls or barriers. It is considered a relatively easy location for coming into the United States illegally. Border Patrol agents in that area have been placed on "High Alert" status!

What concerns Department of Homeland Security, is that the Caravans have changed tactics, due to the most recent one falling apart at the Tijuana/San Diego border, due to the presence of a miles-long steel wall.

It looks like these 3 caravans will be amassing across from the Eagle Pass, Tx. "soft spot" in our border security. And then make a major thrust to rush the border, overwhelming U.S. border patrol/security, and subsequently disappearing into U.S. society.


Also, this part of Mexico is where a verified/convicted TERRORIST has taken over a Cartel. Hector Raul Luna, who is known as “El Tory”, orchestrated attacks on Americans in Monterrey Mexico, 11 years ago. He will likely try to take advantage of the chaos, to sneak drugs and/or terrorists, into America. For more on El Tory, see the below article..

If 10,000 to 15,000 people suddenly rush our border, what should U.S. law enforcement (Border patrol, Sheriffs, etc.) do? Should the military be involved? I bet the 4,000 additional troops suddenly being sent to the US-Mex border, will be assigned to Texas, near that "weak spot" in our defenses.

I've heard tell that it's immoral to stop the invasion and sell-out of our country.

If we are forced to let them in, they should be escorted to San Francisco and New York City.

They're going to invade us this time for sure.

They're going to invade us this time for sure.

If so, they picked a good place. As one of the articles stated, that section of Texas has towns where illegal entrants can blend in with the existing populations.

There are other sections without border walls, but you enter the U.S. and then die of starvation or dehydration, before reaching civilization.

Then can foreign aid to those sh#£@hole countries including mexico.

Why? That would just give the Dems more voters.

musicismagic
+3 more
posted on Feb, 6 2019 @ 03:22 AM
link
Its so sad to see that one can not understand that to want to come to into America, one must come legally.
Yes, my wife did, so I feel strongly about this.
Somewhere in the Holy Bible it says about the world becoming too confused to understand their language of reasoning. ( foreign invasion) from unwanted people entering and taking over their cultural values.

Metallicus
+19 more
posted on Feb, 6 2019 @ 03:27 AM
link
the fact that these caravans are coming for a weak spot in the border wall just proves Teump is right. Even the moronic Democrats should be able to figure this one out.

Yeah I kind of have to agree, we should just do what Mexico is doing and bus them north, Trudeau will jump at the opportunity to virtue signal at the expense of his own people.

posted on Feb, 6 2019 @ 03:49 AM
link
Time to try out those non lethal focused sonic weapons or better yet deport one leftist democrat media personality for every undocumented person entering, at least the undocumented want to be here. Seriously this plays into opening up emergency funding so much so you would have to agree to do it. 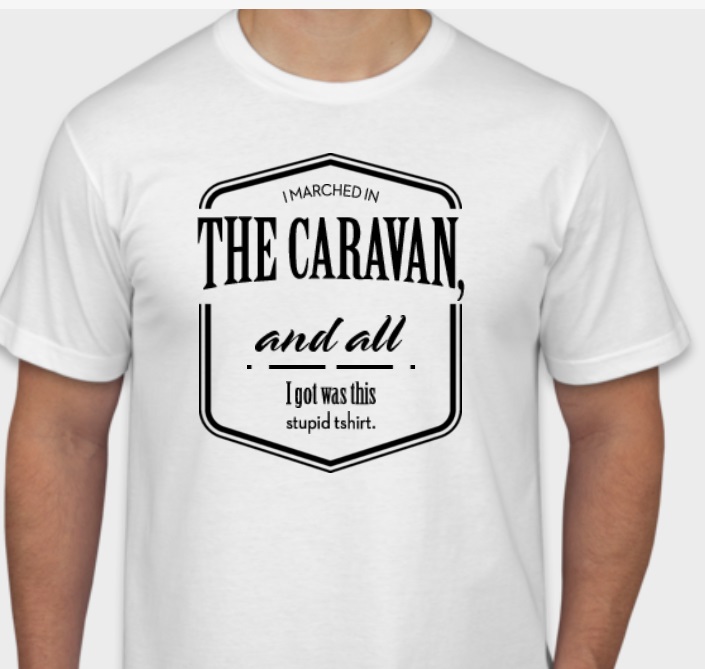 Leave the bodies where they drop.

There won't be another Soros caravan.

posted on Feb, 6 2019 @ 08:49 AM
link
The majority of the people coming here are coming to work because they have family they need to support.

If you want to stop illegal immigration then start arresting business owners that hire illegal workers.

It will be, again, assuming this is true, a testimony to the need for border security including a big beautiful wall. National Emergency, here we come.

posted on Feb, 6 2019 @ 09:23 AM
link
If they can not even get hands on one el tory then what gives you faith that they really care? So many resources at their finger tips including ability to go into mexico and take the guy out yet el tory is stronger than a handful of gov. agencies put together? I smell tacos!

posted on Feb, 6 2019 @ 09:38 AM
link
I would not bet the farm on the so called force mentioned by the msm and carewemust. I think it is best to review the posse comitatus standards from times past and ask ourselves if someone is pushing our buttons. Surely some may find the timing of these unarmed caravans a bit convenient in terms of the current political discourse.

This is getting ridiculous!

originally posted by: grey580
The majority of the people coming here are coming to work because they have family they need to support.

If you want to stop illegal immigration then start arresting business owners that hire illegal workers.

LOL same failed premise in illegal drugs, LOL crack down on the buyer, while letting it flood in.