The Trump Administration's efforts to prevent China, Russia, and other countries from influencing our 2018 mid-term elections were apparently successful!


Acting Attorney General Matthew G. Whitaker and Secretary of Homeland Security Kirstjen M. Nielsen submitted a joint report to President Donald J. Trump on February 4, 2019 evaluating the impact of any foreign interference on election infrastructure or the infrastructure of political organizations, including campaigns and candidates in the 2018-midterm elections.

Although the specific conclusions within the joint report must remain classified, the Departments have concluded there is no evidence to date that any identified activities of a foreign government or foreign agent had a material impact on the integrity or security of election infrastructure or political/campaign infrastructure used in the 2018 midterm elections for the United States Congress.

I'm sure many of you recall the anxiety expressed by (particularly) Democrats and the Mainstream Media last Summer: "Will the Trump Administration do all it can to ensure that Russia doesn't meddle in our 2018 elections, like they did in 2016?" "Expert" after expert, explained why the President "wasn't doing enough".

Well, once again, the experts and pundits were wrong. If there was "meddling" in any given state election, it was probably by U.S. entities.

So already he appears to be much better than the previous President, who it seems allowed Russia to entirely ruin our Presidential election.

As a country we are moving forward!!


True and I think you are entirely correct to bring that up.

After all, Hillary was going to win, it would all be swept under the rug and we would currently be living in a Progressive.... Utopia?

They got too confident.

Let's see where the next few years go.

posted on Feb, 5 2019 @ 10:01 PM
link
Um, these people either don't understand how the information war is being waged or perhaps (hopefully) this is them finally attempting to counteract its effects with their own propaganda. Judging by how badly they have mishandled it up to this point my money would be on the former rather than the latter.

In this age of information you wage war through anonymity by infecting the society of your enemy. We have already been infected and it doesn't just go away by posting sentries at the gates and then giving the "all clear". It is already beyond the gates. What we are experiencing is like the barbarian invasions of our time, except the rub is now we're the barbarians essentially sacking ourselves. Because we are already carrying this virus within us the desired subsequent attacks will smolder and then burn as necessary and when needed. I think we very much saw that play out during the 2018 mid-terms to further detrimental consequences to our country's well being and ability to function properly.

For a better clarification of what I'm getting at pick up Sean McFate's book 'The New Rules of War'.
edit on 5-2-2019 by sooth because: (no reason given)

I also see that up to 1.5 million dead or fake people might have voted in California's 2018 mid-term elections!

Oh its because of something trump did is it?

what dear lady would that be? Anything at all that made that happen or not happen?

He sits on his ass and tweets all day.

The work is done by the grown ups who dont have "exeutive time". LOL

This does nothing to change the facts of the 2016 election though and thats the one he has to answer for isnt it?????

From the op link:


This finding was informed by a report prepared by the Office of the Director of National Intelligence (ODNI) pursuant to the same Executive Order and is consistent with what was indicated by the U.S. government after the 2018 elections.


Who is it again that is able to issue Executive orders?
Oh thats right it is the POTUS.

Silly how some have a fundamental misunderstanding of how our government actually works. 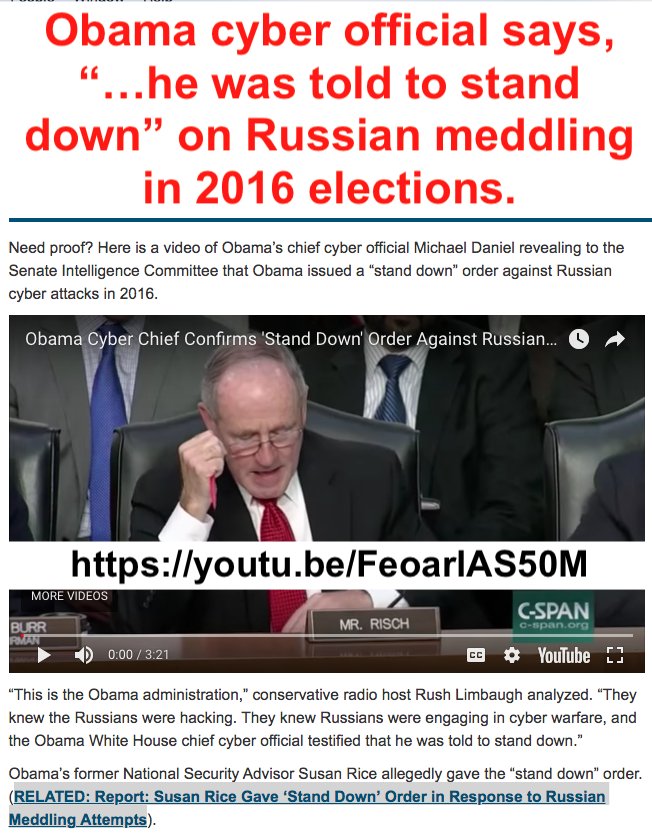 was a simple search


from you it seems
per the "simple search"


do you have anything to say after my replay ?