originally posted by: Maverick1
Like him or not, Trump is pretty much Batman. The MSM-DNC Joker will always keep trying to drop him.....but he just keeps on kicking ass.

And we even have the role of the Penguin assigned too 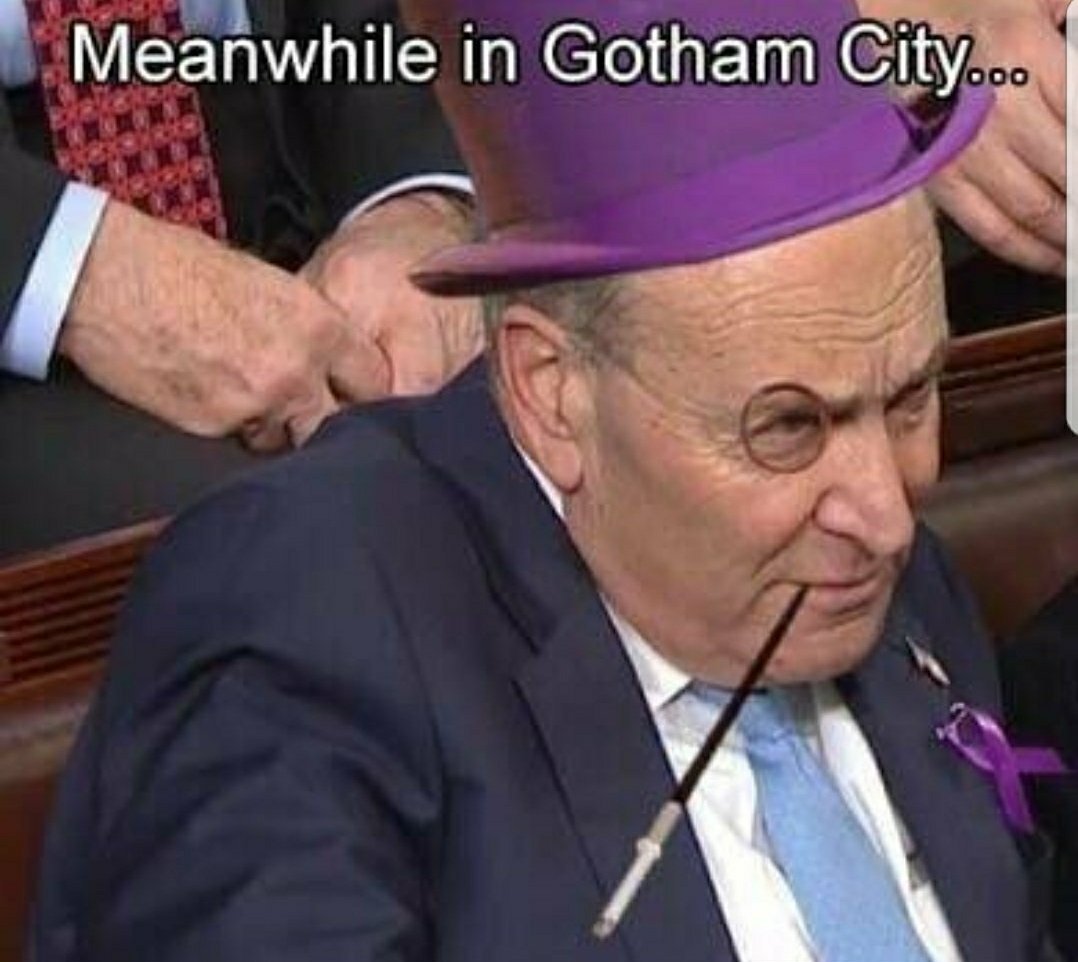 posted on Feb, 6 2019 @ 12:23 AM
link
Wow haven't seen a thread on ATS blow up like this in a long while. Must be a constructive discussion on how Trump's calls for unity where met with derisive gestures, defence of socialism, eye rolls for campaign cash, inability to stand for veterans, and absolute nonpartisan approach by the left.

Xtrozero
+4 more
posted on Feb, 6 2019 @ 12:49 AM
link
So Stacey Abrams Democratic response was prerecorded in front of a blue screen for a looped audience, she never heard his speech to reply...just same old crap...geez that is sad the left can't even reply to what he said.


originally posted by: Pyle
a reply to: Sostratus

That is one way to be ignorant of history. :/

Haha, I had wondered why you threw out some obscure string of text.. when I googled it, it was indeed that YT clip.

Well, you've seen it starting already. Slow, lumbering comments ignoring the speech entirely and continuing the discontent by means of pulling up his supposed failures to keep promises.. or something.

But rest assured, there will be no stone left unturned in the investigations into this bad, bad orange man.. and that is not a reference to Roger.

Can you give me a comparison to kept promises of Trump and a few other presidents?

That's ok. Someone else popped along and ruined any efforts to do so on behalf of the negative.

TheAiIsLying
+2 more
posted on Feb, 6 2019 @ 05:47 AM
link
I apologize if this has been said already, but it's late for me and there's 29 pages to read. I've just come off an hour long trawl of various blogs, news sites and opinion pages with all the fun videos on display. I now see just what Trump managed to pull off and there's no way this is by accident.

He just managed to collect all of the footage needed for the 2020 campaign in one sitting. It's all there!

Kamala Harris scowling at the mention of stopping cartels.

No Democrat applauding the declaration that there will never be socialism in America.

Pelosi on, well, pretty much everything. She had so many small involuntary head shakes at things that most Americans see as cut and dried issues. How many? 76% percent according to a CBS poll. And that little F#*k You clap that she did when Trump talked about unity. That puppy is gonna be on a loop.

I'm starting to believe that Trump has most of Washington on a long con. They are all so convinced he's a buffoon that they keep falling into obvious traps that he sets up. The Apprentice was designed to make him look like nothing more than a media whore but he'd already decided on a run before that. I've never seen anyone in politics so underestimated in all my life.

Yeah, the 'Diversity Card' on display !

all those Cult-like Clones dressed like fearless-leader Nancy P. who was perched on the Speakers' Seat like a surreal Queen creature....

I thought i was seeing a twisted 'Elmer Gentry' Revival scene there at the SOTU Address function.

It was just a speech is the best way to sum it up.

I watched about half, and I think it was one of his more polished speeches, and obviously written by someone else (very common for presidents).

But they were just words, I only care about actions.

posted on Feb, 6 2019 @ 06:57 AM
link
POTUS brilliantly exposed the far left democrats and their agendas in this SOTU address.

posted on Feb, 6 2019 @ 07:06 AM
link
Let me preface this by saying I haven't had a chance to watch the speech yet. But if the message of the speech was unity then Trump is going to have to start setting the example. He's spent the past two years trolling and mocking the Left.

If he keeps that up then it will become clear that Trump's idea of "unity" is, "Do what I say. No questions asked."

Don't get me wrong, Pelosi, Schumer, and the DNC haven't been doing anything to mend bridges. But Trump is the leader of the country. He needs to set the example for others to follow.

Obviously to draw attention to the fact politics is meaningless its divisional #e that only benefits the select few who are in power ! the 1% and their buddies who work in corporations who pay money to support these career politicians!
Yet you are given the illusion of choice through a "democratic" system of governance sold under the illusion of "for the people by the people"
You are asked to pick a side , so you are divided us vs them , or libs vs dems , or red vs blue, Conservative vs Labour , US vs USSR, Islam vs Christianity , Spy vs Spy etc and so on and so forth ad infinitum forever dividing humanity , forever clouding your conscious mind from seeing what is bigger than it all , we are ONE species divided by infinitesimal differences in our subjective opinions !

When in reality if we take away all of these things , we have everything in common!

originally posted by: starfoxxx
I believe President Trump will give ONE OF THE BEST state of the unions EVER GIVEN!!

And you were right!

You should have bought a lottery ticket when you said that.

Anyone beside me wanted to slap the white off of Cortez and her crew for being so damned disrespectful throughout the whole SotU?

There were so many tears in this address. Pelosi just looked like a tard when those jabs came fast. I LOVED the one about hiding behind walls. Man, the look on her face was priceless.

This was one hell of a motivating speech. Good for you President Trump. You did fantastic! The cheers and whistles shows just how much the people respect you. At least the ones that have a clue.

originally posted by: XAnarchistX
a reply to: Aphorism

Is that what it was for?

It reminded more of this: 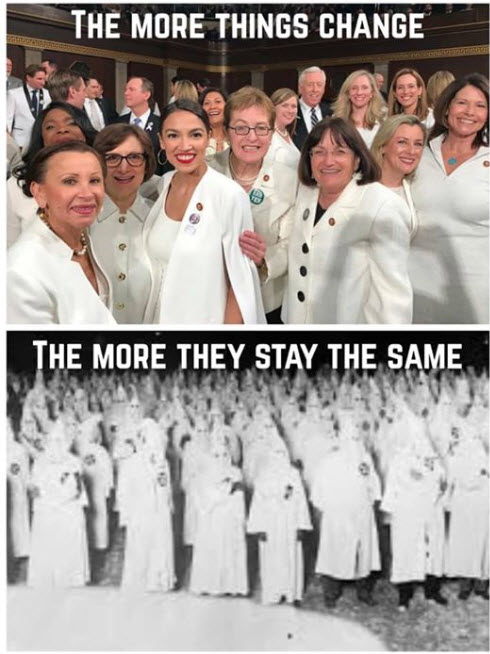