have you seen the Tesla Coil lighters that are all the rage?

of course i thought it was awesome and i ordered one. just got it today.

pretty novelty for me.

i only light a couple things and the most important would be a bit difficult without a flame but this thing is still cool.

a cool little thing to have


cant wait for them to scale it up and start selling light sabres.

there are so many cool looking ones out there.
it was hard for me to choose

Would guess a charged capacitor.
edit on 5-2-2019 by CharlesT because: (no reason given)

originally posted by: CharlesT
Tesla is misleading. It's a mini taser.

Would guess a charged capacitor.

No. It's not. It has nothing to do with Tesla though. Homedawg's coils are a bit more complex than a single arc.

just as many of the same results when you search plasma lighter.
tesla coil lighter sounds much more awesome though


still waiting on my light sabre.

They are fairly cheap. you can even get ones with coil+arc

Guess they would be great for sparking up a smoke in the rain/wind.

alicestungun.en.made-in-china.com... en-Usage-Count-and-Battery-Capacity.html
edit on 5-2-2019 by Fisherr because: (no reason given)

I bought one for my wife and one for myself. We don't smoke or anything they are just so cool that we wanted them to light whatever we could find...candles, fireplace fires, etc.

I have two of those. Bought them about two years ago.

Worked great ever since.

originally posted by: Antipathy17
a reply to: TinySickTears

well theyre new to me and i think theyre awesome

They aren't Tesla coils, and it won't scale up like a lightsaber because each cm of spark distance requires thousands of volts.

Not to mention that an anode and cathode are needed
edit on 5-2-2019 by hombero because: (no reason given)

posted on Feb, 5 2019 @ 06:42 PM
link
AS this is ATS i will advise at least a Double ARC version, undetectable when you lay flat in the forrest mud: 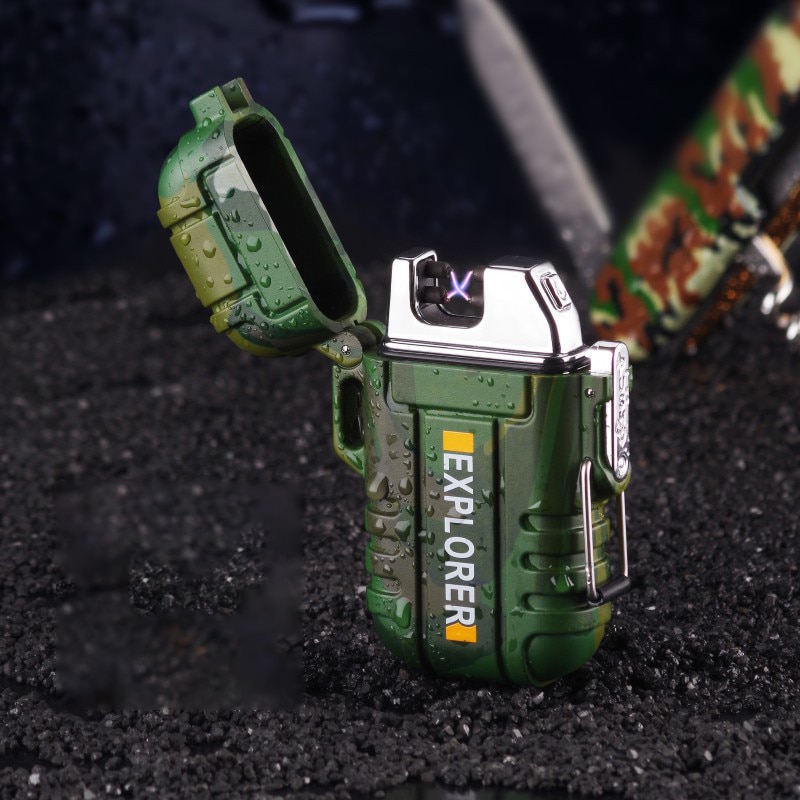 I just don't get all the fascination with Tesla. I blame ignorance.

People attribute all kinds of stuff to the guy, from having invented over-the-air electricity (totally impractical due to energy loss), as well as having some connection to the spirit world, and everything in between. I think it's the mystery of electricity that captures peoples' imaginations. It's like magnetism: it's invisible, and yet it creates forces that defy logic based on what we can see.

If you're uneducated, it is witchcraft.

Imagine going back in time with a flashlight and a click pen. They'd have burned you at the stake

The marketers that recommended using Tesla as the name of an electric car were spot on and instantly created a marked for their product. "Tesla? It's GOTTA be cutting edge with all that woo-woo technology!"

I got the lite saber , well to be more precise i had been smoking many joints just before xmas all the doors were open inside my house and it was about 2 am and all i had on was the television , when i turned it off i thought to myself in the dark never thought that out well .

ps i am easy amused

That is cool, I like that it’s wind proof very handy. Thank you for sharing!