Those calling themselves the ‘Yellow Vests’ can only muster, at most, around 100-150 individuals at any one time, with their numbers remaining stable since after Christmas. Many are known individuals with a long history of involvement in Far Right organisations . . . with warnings of civil unrest being issued by multiple security agencies, we should all be extremely concerned at the inaction of England’s most prominent police force in securing public order in the heart of London.

Your opinion on this alleged provocateur video would be appreciated.

Later on during the Protest a random Yellow Vested man approaches me & starts giving me abuse, I noticed upon watching the footage he has a striking resemblance to the man who is seen calling Anna Soubry a Fascist then secretly handing Anna Soubry's bodyguard something from an earlier video in London. It seems this man attends all UK protests to incite aggression, abuse, violence whilst recording then hands footage to bodyguards, police with protesters data!


A spike in far right radicalisation should terrify us . . .ugly UK version of the yellow vests


Getting fractious in London.
No wonder the liars in charge of the mainstream media are getting worried.


The revolution will be Hi-Vis. 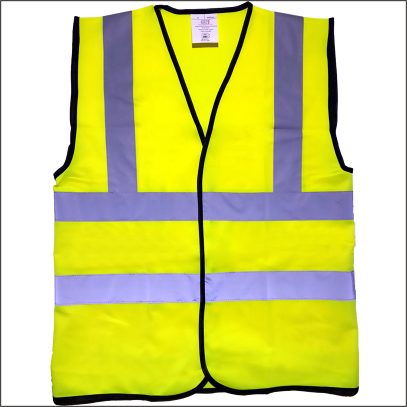 posted on Feb, 5 2019 @ 09:04 AM
link
Theres been no fake news in Oz about these London protests because theres been no news coverage at all.

This is the first Ive heard about the London version, most Aussies arent even aware of the French one

this facebook page claims to be yellow vests and has 21k members/followers, but they are asking for money and in the comments section loads of people are saying it is a scam, who knows what to believe anymore, there are similar fb pages with only around 3k members and less.
www.facebook.com...
edit on 5-2-2019 by SerenTheUniverse because: forgot link

It often seems the provocateurs and other fakes are encouraged to profit from their involvement.

Hmm Is there any long shot video of the yellow vests? Or a view of one of their protests from above?

Something that proves without a doubt that the numbers are greater than what this person is suggesting?

I for one think the yellow vests are in greater number though I honestly haven't figured out what they really want.

There has been no significant rise in sale of yellow vests amid a surge in "yellow vest" protests in some European countries, Chinese traders in Yiwu have said.

There are so many yellow vests already available any significant rise in sales could indicate preparation for massive on-the-streets involvement.


Demonstrators in yellow vests are taking to the streets of Argentina in growing numbers, banging pots and pans in a distinctively South American brand of the French protest movement.

This could get noisy.

The big police protest in 2012 was said to be twice the size reported. Some protests get no coverage. Halving the estimated number is common.


I think that's as varied as the number of protesters. Vive la difference.

It's so funny the police in the UK is wearing yellow vests, do I count them too?

And that dear children is reason one why it is stupid to copy that movement outside of France. Make your own thing!

police in my area are all dressed in black, they look like military, i avoid all contact, but you are right, copying the french seems silly because they have different issues to face, leaving eu for one

Like the UK says it will in March but everybody knows they won't? True different unique problems...

ETA: the last video in the OP Shows yellow vests eresting a protester, that's what I thought was funny
edit on 5-2-2019 by Peeple because: add

I like that idea. I hope someone does it

it would be funny, in my younger days I would have organised people to do it in the groups I was in, kids plastic handcuffs from the £1 shop, probably get the flashlight there as well, then a bulk order of "POLITE" stickers for the hats, maybe bigger ones in blue and white for the back of the vests, it would be funny. i would call the group "the polite force" or something, one of our goals to make everyone polite and nice to each other again, haha, I'm too old for it these days, but i can daydream.

originally posted by: SerenTheUniverse
a reply to: Peeple

Politie is not in France.

Here in France they say Police

posted on Feb, 5 2019 @ 03:42 PM
link
Most of the UK based Yellow Vests are Nationalists and far-rightists though

Polite means polite in britain, not police, no arrests for impersonating a police offficer

Not surprised that a desperate and entrenched power structure is suppressing the opposition and inventing lies.

I'd trust almost anyone's word over standard-policy-without-blinking lies to the face of the Citizens who fund/authorize the government's continued existence.

UK/French governments are not the good guys. I can't say whether the Vests are the good guys either, but my gut says they are far more trustworthy offhand than any government/government source that lies/propagandizes/misleads by official policy.

Most are, that is true. So what?

I'm a nationalist and far-right on many issues. Not all though. You may be surprised where I lean left, it tends to be rather far. At least in the classical liberal/libertarian sense

The vests are doing the right thing. In France, in Britain and their equivalent here in the States. Something good could come from this, including significant reduction in government and severe constraints on how they interact/interfere with the Citizens who permit them to govern. Public corruption, malfeasance, incompetence and the rubber stamp grand jury/justice system could all be dealt with/abolished/fixed where needed

Instead, for some unknown reason, the left and right are suddenly at each other's throat over insignificant BS wedge issues. Here in the States, for example, we already have the tools (Constitutional framework) to solve these problems. A return to the founding days of our nation (minus a couple of mistakes we fixed along the way) needs to be restored.

Of course I am not talking about atrocities such as slavery, segregation, denying women equal rights under the law, exclusion zones (prison camps) in ww2, government gold confiscation, bastardization of national emergency power, permitting our rights to be interpreted away, etc.

Best part is, neither side has to agree with one another on any issue other than this: That all individuals have the right to exist without interference from others provided they themselves do not infringe on the rights of others. Voluntary association, night watchmen state and non-aggression principle can all be applied to fix this broken system and return to the days of true greatness. True greatness for all Americans, and true greatness for those around the World who are also fighting government overreach/mass public corruption/lying-as-a-policy/slap on the wrists for government offenses against the U.S./etc

I think we'd all find most societal issues that exist today (those wedge issues) would be resolved by simply recognizing that no person/no majority has the right to inflict their own views/opinions/preferences on others, except in extreme cases where the rights of others are being violated by a specific and demonstrable instance of criminal conduct (none of these "but it harms society" nonsense - a real victim, with tangible affects)
edit on 2/5/2019 by JBurns because: (no reason given)