posted on Feb, 4 2019 @ 08:51 PM
link
Marvin John Heemeyer was based out of Colorado and had a muffler repair shop, he had been dealing with the city about zoning issues affecting his business, they wanted a piece of land next to his shop that they used a path to get to the shop, they wanted to put a concrete shop there. Blocking access to the shop, he attempted to remedy this in a number of legal ways but those in charge refused every request....

His attempts to be diplomatic about it, yet again every time it is refused.

They end up breaking the man.

Long story short;
Marvin takes his Komatsu D355A bulldozer and begins to create an armored sarcophagus to put over it and become a tank. Equipped with cameras, and gun ports Marvin began his revenge, it was a suicide mission, as once he lowered the armored sarcophagus there was no getting out. 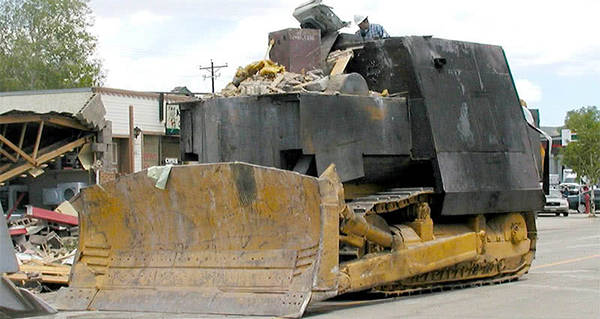 He destroyed every single business that wronged him, he didn't hurt anyone, didn't kill anyone, the police where unable to stop him.

He destroyed the cement plant.

He only stopped once the killdozer had sustained so much damaged it was leaking radiator fluid and he tore his tracks off, the police said they heard one shot come from inside the killdozer, it took them hours to recover the body. 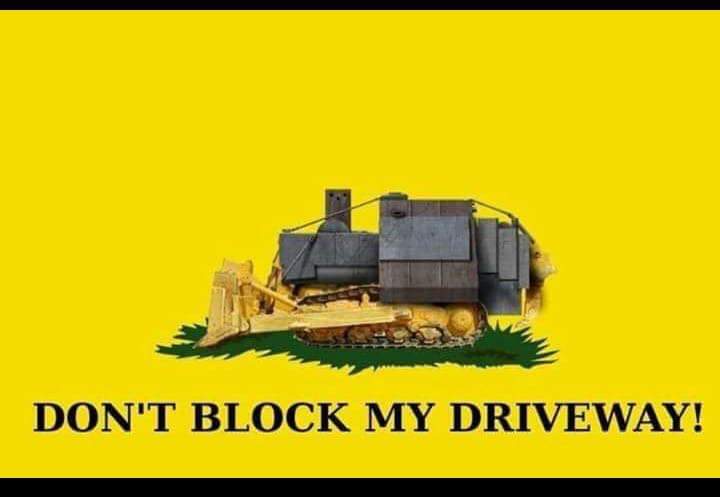 That's where I first heard of it

Those were the days!

Though it seems the movie is not related to incident from the OP.

posted on Feb, 4 2019 @ 09:16 PM
link
One of my fire station brothers just went skiing there. He said the skiing was great, but everywhere was sold out of killdozer memerobilia. All he found was a book. I think it’s kinda like Nazi memorabilia in Germany, it’s no bueno.

This is what happens when MacGuyver takes steroids.

Now this is how to rebel-Marvin John Heemeyer may you rest in peace, I may contact you via Ouija board to see if you made any schematics in the afterlife.

Ergo, he got trapped in a basement.

And it's a track.

posted on Feb, 4 2019 @ 11:50 PM
link
There's a link at the bottom of the OP with a three hour long explanation from the guy driving the killdozer before he went on the rampage.