This is why you should be wary of cryptocurrencies.

The guy who runs a Canadian cryptocurrency exchange died, and it seems that the passwords required to access the funds died with him. His wife swears she doesn't know them.

Crypto by name, crypto by nature. We all know what the meaning of "crypt" is 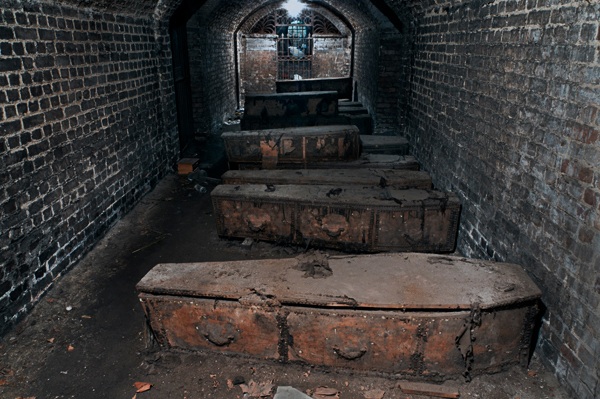 I feel bad for people that lost so much money, but I wonder how they got the money in the first place if they are so stupid with where they put it???

I knew to keep away from all this. The big wigs in World Banking don't want a single digital currency yet. They make far too much money buying and selling currencies and exchanging currencies. It is a huge world industry dealing in currencies and some of the best money making on the planet if you are in the know.

They are using Blockchain. HSBC are using it loads. That is the interesting part for them. The digital currency concept will not have a chance of any big success unless the World Bankers wanted it so. Don't be too naive and think that anything will outsmart this because it will not. It was an illusion and Bitcoin propaganda to have suggested ever that it could beat the banker.

You know, true investment would be to invest morally in our own interests. People say they love their country and all, but if we actually expressed this in actions. It will never be any good to go looking for a quick return via some magic money computer. It is not going to happen. I believe the future is going to bring us some more down to earth investment that has a better moral basis. I mean be careful who you make rich because you are giving them power over you as much as you are giving them your money. All the online gaming is a terrible exploitation. Do you really want to give dudes like that your wages or welfare cheque?

Investment and spending is vitally important. It has every say about who is powerful and what attitudes we give presidence to. We could make China supreme by investing in it at our own nations' expense because it gives a better return. This is a huge Achilles' Heel for Globalism. A Western investor has the potential to destroy their own democracy because of their investment behaviour in another state. Obviously the investor is handing financial and trading power to that nation with every investment and confidence in its economy while neglecting their own.

Once you see all the little cogs turning in relation to all the other cogs it becomes clear how much everything links together just as much as the links do on the internet. I always considered Bitcoin to be corrupt and knew it would turn out bad for most. I think it was going to be set up to use as a financial weapon against the West. There were many gangsters using it and they still are as a way of dealing under the noses of the authorities without leaving traces. You would not have wanted to be responsible for setting up kings like these, surely?


They can now for a small fee find your lost keys. A few companies exist to do that.


This is something else cause they guy may not even be dead and reports are that they never held that amount of crypto in the company.

posted on Feb, 4 2019 @ 04:53 PM
link
One of the first things you learn in crypto is not to leave coins on an exchange. If you control your own key, only you can lose it.

Only fools lost their money, plenty of people do that with cash too.

posted on Feb, 4 2019 @ 05:20 PM
link
Seems obvious the man was looking out for himself only. But then people don't want oversight. There ya go.

Keep ignoring that there are billions on top of billions safely locked away in hard ware wallets.

It the fault of the yahoo running the exchange and the coin owners who didn't investigate the exchange workings.

posted on Feb, 4 2019 @ 06:01 PM
link
From what I've heard it sounds like the currency is still moving, or something relating to that money. Perhaps he isn't dead?

Not investing in crypto and instead invested in my businesses and other tangible assets.

It reinforces the long held popular belief that you should not hold your crypto on exchanges.

originally posted by: projectvxn
a reply to: eXia7

I think the word you're looking for is 'validated'.

This is why I encourage people to diversify.

Crypto is a very profitable space. But like any market, it will have its ups and downs. Stocks and real estate gain and lose big time reasonably often.
edit on 4 2 19 by projectvxn because: (no reason given)

posted on Feb, 4 2019 @ 09:22 PM
link
How do you unexpectedly die at 30 from Crohns Disease in India? Maybe that's how the legend of Arius being poisoned in Rome by the Catholics started; sudden traumatic bowel hemorrhage.
edit on 2/4/2019 by r0xor because: (no reason given)

Some guy in India called today saying my computer was reporting to geek support that it needed something.

The universe dishes out a life lesson.
edit on 2/4/2019 by roadgravel because: (no reason given)