Has Abortion been used to keep the Black Population down?

posted on Feb, 2 2019 @ 06:04 PM
link
This discussion isn't about late term abortion, but more about who has been most impacted by abortions as a whole.
It is a little shocking. (at least to me) but there is so much data out there, it is just crazy.

Maybe because I'm not a black or white woman I can see this so clearly. Look up who started Planned parenthood, what the intentions were.


Since 1973, it is estimated that over 15.5 million black babies have been aborted. It's kind of a stretch, but imagine 15.5 aborted, how many more people that would have produced. If a woman aged 46 had a baby, it is possible for her to be a grandma now, maybe even a great grandma (somewhat pushing it but still possible). Now just imagine how many children one man could have fathered. Now imagine that population if they had
never been aborted. The landscape of America would surely look different.
www.blackgenocide.org...

I love this part, I think some are waking up. But this really sums it all up!

"Keeping the Black American community smaller and less powerful reflects the racist, eugenic and genocidal mindset behind the abortion policies advanced by Planned Parenthood and the Democratic party under the guise of helping Black Americans. If “Black Lives Matter,” then the life of the human being inside the womb of his or her Black mother matters too."

I have to repeat it:
Democratic party under the guise of helping Black Americans.

Not much more to say.

Wow...that’s crazy.
Is this statistic for North America only?

No but the answer you're looking for starts with the DEA and draconian drug laws.

Abortion has kept the black population down for a fact. It has kept all populations down. The poor are affected more than others, is a fact also. Seems like that was the plan.

I guess we could go to the writings of Margaret Sanger, the woman behind Planned Parenthood. Awards are still given under her name, by the way... Hillary Clinton was one of the recipients.

In a letter to Dr. Clarence Gamble in December, 19, 1939, Sanger exposited her vision for the “Negro Project,” a freshly launched collaboration between the American Birth Control League and Sanger’s Birth Control Clinical Research Bureau. The letter echoes the eugenic ideologies still visible within the corporate vein of Planned Parenthood today.

" It seems to me from my experience…that while the colored Negroes have great respect for white doctors they can get closer to their own members and more or less lay their cards on the table which means their ignorance, superstitions and doubts.

We should hire three or four colored ministers, preferably with social-service backgrounds, and with engaging personalities. The most successful educational approach to the Negro is through a religious appeal.

We don’t want the word to go out that we want to exterminate the Negro population, and the minister is the man who can straighten out that idea if it ever occurs to any of their more rebellious members."

So yes is the answer.

Just another shining member of the Progressive Democrats.

Who was also quite welcome as a speaker at the woman's branch of the KKK...

Wow...that’s crazy.
Is this statistic for North America only?

In Canada something similar has happened with the First Nations.
There are lawsuits currently about the forced abortion in indigenous women.
As well Children’s Aid and Dilico child services are being sued for forced sterilization.
Some how they felt they had the power to have doctors tie women’s tubes after they had a baby. As well immediately seizing the child at birth.

One such instance just recently made national news, where a woman was falsely accused of showing up drunk during labor.
Some pencil necked kid that worked for Dilico made the decision on his own to have the child apprehended at birth.
Well the uncle live streamed the encounter on face book.
It’s fricken gut wrenching that the choice can be made by some kid fresh out of training.

After the media got ahold of the story child services gave the baby back to the mother.
Like oops sorry about that.
Like how do you take a child that was just born away from its mother for a week.
That’s bonding time lost and it can never be gained back.

The only reason they did give the child back to her was because of the public backlash they were getting.

If that man never streamed that happening, that mother would of never seen her daughter again.
Bunch of parasites.

Sorry for getting fired up, but this type of crap gets me mad.
After reading the links you posted, it really put what black women have to go through, into perspective.

posted on Feb, 2 2019 @ 06:24 PM
link
Crazy numbers. Are they paying women to have them or something? What is the incentive? Are they choosing on their own?

Surely, but I'm sure they are in a pretty tight place due to their age and their societal position.

Breakdown the family, weaken the male figures in their society and give the women an acceptable solution to their pregnancy.

Still comes down to personal choice though. 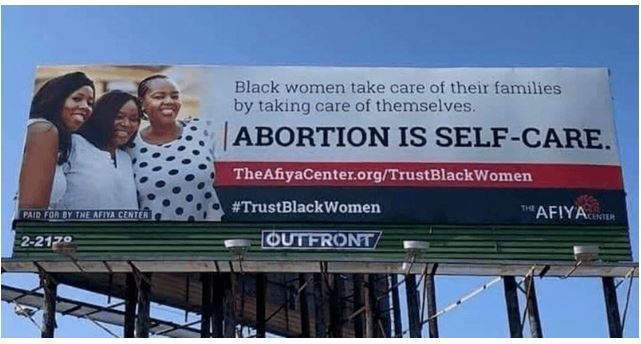 How does that change this

That seems so counter intuitive.

"Take care of your family.....buy not having one".

Statistics Canada shows that in Manitoba alone, 90% of child apprehensions and children in foster care are from First Nations.

Statistics indicate that 41 per cent of the children and youth in the care of the Children’s Aid Society in the Toronto area are black.
Yet only 8.2 per cent of Toronto’s population under the age of 18 is black.
And that’s just in one city in Canada.
It’s one of our largest populated cities with The GTA ( greater Toronto area) having 5.9 million people.

Damn, I honestly had no idea the numbers were so damn high.
Thank you JAG for posting this thread.
It’s a topic that needs to be discussed.

How does that change this

Because we have a portion of our population who does not see "that thing in the womb" as eventually becoming a child.

So to them it isn't a living organism but a "health concern".

They have been indoctrinated pretty well.

I would say Yes. A 2009 interview RBG had with The New York Times Magazine, and she admits it's all about population control and eugenics. I don't know if those comments made waves back then, but it's the first time i have seen them. A very interesting interview. The Supreme Court should've never let someone like her serve.

Q: Are you talking about the distances women have to travel because in parts of the country, abortion is essentially unavailable, because there are so few doctors and clinics that do the procedure? And also, the lack of Medicaid for abortions for poor women?

JUSTICE GINSBURG: Yes, the ruling about that surprised me. [Harris v. McRae — in 1980 the court upheld the Hyde Amendment, which forbids the use of Medicaid for abortions.] Frankly I had thought that at the time Roe was decided, there was concern about population growth and particularly growth in populations that we don’t want to have too many of. So that Roe was going to be then set up for Medicaid funding for abortion. Which some people felt would risk coercing women into having abortions when they didn’t really want them. But when the court decided McRae, the case came out the other way. And then I realized that my perception of it had been altogether wrong.

"Has Abortion been used to keep the Black Population down?"

Nope, but it has been used to keep the population numbers of the poor down.

That seems so counter intuitive.

"Take care of your family.....buy not having one".

Well, Planned Parenthood as a name always made me think the same.

"Plan your parenthood by not becoming a parent."