More than 40 mummies from 305 to 20 B.C. have been discovered in burial chambers in Minya, the desert province in Egypt.

Hundreds of media and government officials, including ambassadors and cultural attaches from 11 foreign countries, on Saturday saw firsthand the first discovery announced this year in Egypt, Ahram Online reported.

A joint mission from the Antiquities Ministry and the Research Center for Archaeological Studies at Minya University discovered a collection of Ptolemaic-era rock burial chambers from 305 to 20 B.C., 160 miles south of Cairo. They included mummies of different sizes and genders, including 12 children, in four burial chambers, BBC reported.

"The newly discovered tombs are a familial grave which was probably for a family from the upper middle class," Khaled El-Enany, the minister of antiquities, said at the event. 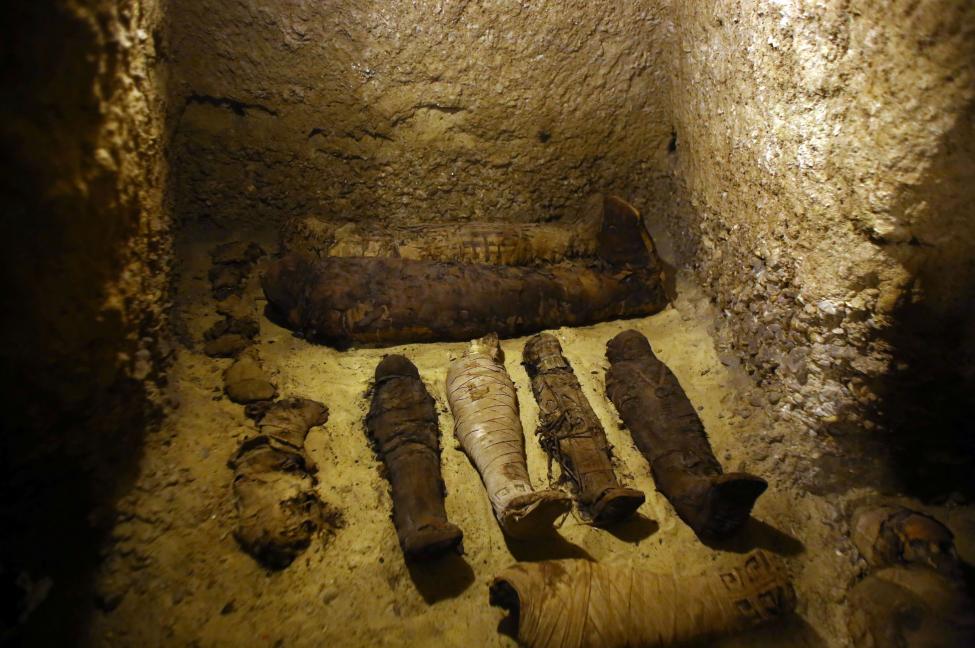 They always find mummies. Never the daddies. Back On topic they use to be so common sometime back that the British used them as fuel.


"During a railway expansion in Egypt in the 19th century, construction companies unearthed so many mummies that they used them as locomotive fuel."

The sites are not undiscovered. NASA has been doing remote sensing from space for half a century. Farouk El-Baz might know something about it. He's a world renowned expert in remote sensing. A geologist born in Egypt. He worked for Bellcomm in the 1960's. Bellcomm wrote the mission plans for the Apollo program. Farouk El-baz was the Secretary of the Apollo Landing Site Selection committee.

Farouk El-baz was hired at Bellcomm by another geologist, Ed Nixon, who just happened to be Richard Nixon's little brother.