Racist images of Ralph Northam surface from his college years. 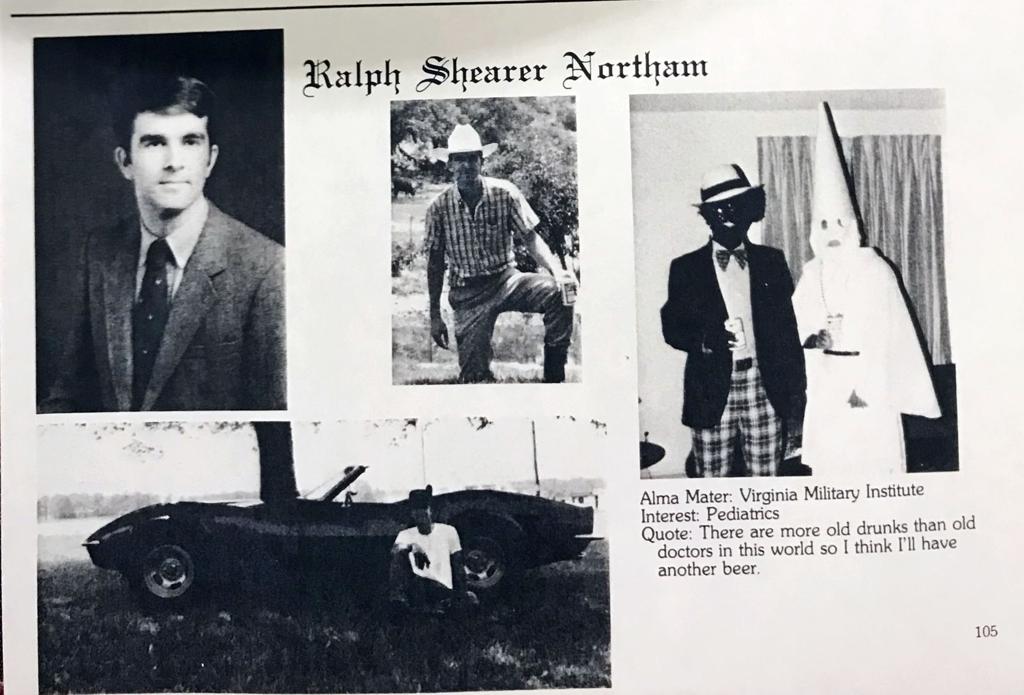 After this week, it looks like both sides are after him, and things aren't looking good.

A photo from Gov. Ralph Northam’s medical school yearbook shows him and another person in racist costumes — one wearing blackface and one a Ku Klux Klan robe and hood, though it was not clear which person was the future governor.

Hours after the 35-year-old photo came to light Friday, Northam apologized for his decision to appear in it. Elected officials and activist groups from across the political spectrum called for him to resign.

But in a video posted to Twitter Friday evening, Northam said he had spent the past year “fighting for a Virginia that works better for all people” and he would continue to do so throughout the rest of his term, which ends in January 2022.

I personally don't like Northam for several reasons...
this one isn't the one I want him to burn for (everyone can change from their youth) , but it won't make me sad if he does.
edit on 1-2-2019 by CriticalStinker because: (no reason given)

posted on Feb, 1 2019 @ 10:02 PM
link
Please contribute your thoughts and opinions to the previously posted thread on this topic:
www.abovetopsecret.com...