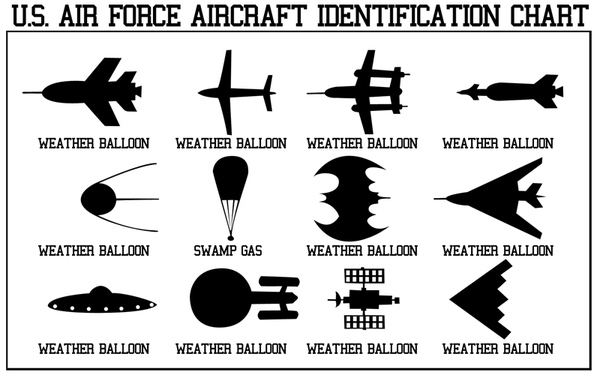 Maaaate! Yesterday I TRIED TO make a post about pretty much the same thing but couldn't figure out how to start a thread (noob ignorance)

I live where I have about a 120-140 degree view of the sky from my balcony to a distance of about 70kms where there are some mountains which are the last things I can see. I know from maps that they're about 70+kms from me

There is an airport about 40kms away and I regularly see planes coming in on specific flight paths to land OR in this case I was watching one that was climbing after taking off, and where I sit I have an 80% view of that area and wasn't looking

I'd guess it was at about 2-3,000ft up but what made me look at it at first was this small bright flash like the sun 'glinting off' something shiny, which I thought was the plane, which was why I was watching it

BUT the 'flash' was bright enough (on a 100% Bright sunny day in mid afternoon) the sun was at my 11 O'clock and the plane at my 1 O'clock and it easily outshone anything, it seemed 'as bright as' the sun, in fact I thought it Was the sun reflecting off the plane so I kept watching to see if it would happen again as the plane turned.

BTW the plane was only just visible but as I'm familiar with the flight paths they usually take I was able to follow it as it climbed ..... and then there was another 'flash' but this time it was Far from the plane I was watching .. and both tims it seemed like Two 'bright dots' (just like your video!) even about the same distance 'apart' from each other

I only saw this thin 'flash twice' and things like the angle of the sun/plane and me made it hard to imagine 'what part of a plane could flash like that? At that distance I could Only see the plane's landing lights at night and this was mid afternoon AND I'd Never seen anything like it in the year I've been here and the times I've been watching

I also saw my second seriously strage UFO a couple of weeks ago, it shot directly above me between me and the clouds! and looked like someone has thrown flammable fluid across 500mts of the sky, I only just caught it and looked up to see the whole fiery thing shooting across there ... and then it was Gone/out!

The even crazier part was that I'd been standing out on my balcony sky gazing while "mentally pleading" for a 'UFO" to 'show itself' ... and blow me if this didn't happen after about 3-4mins of doing this as best I could

I also saw another fiery thing 4-5yrs ago which looked like someone threw a bucket of petrol on fire 'across the sky'!

At arms length the 'flames' were about as big as my fingernail in 'length' and went horizontally from left to right and kindof arced downwards like a bucket of flamig fluid would.

Until the other night I put it down to some idiot actually throwing a bucket of flaming liquid of somewhere high a few kms away from me (where there are some highrise appts so ...)

that was until the other week, which I was going to post about, and the 'flashing lights' I wasn't goint to say anything about for as 'unusual as they were' and I've not seen Any before weds this week, after reading this story and hearing what you say you could see with your naked eye .... I had to share this

amazinf footage OP, well dome for finding it and presenting it here, thanks heaps

posted on Feb, 1 2019 @ 01:50 PM
link
Looks like a mylar balloon with a string to me. Also notice how its always in the same orientation, like its being steered, by the wind. String hanging down, as it is not filled with helium.

Can I even call it a string, is that still allowed? Is tether the official term?
I'm kinda strung out, TGIF

originally posted by: operation mindcrime
a reply to: TheJesuit
I don't know why but my BS scanner is not going off on this video. Very interesting..


I kind of like that it pops in and out of reality for a fraction of a second, then does it again. Chalk it up to bad auto-focus, but does it react that quickly? Is that what it would look like for such a short length of time?

Tether? Then why wasn't it easier to spot, and why didn't it stay in place? That's what a tether does.

I saw a a ufo hovering outside my bedroom. It was there for a few minutes.

originally posted by: TheOnlyBilko
Anyone else find it weird that he out and about trying to take a video of a bird??? Why? Who goes out with the purpose of taking a video of a freaking bird? I dunno I found that odd personally

Bird watchers? Ever heard of them? There's thousands and thousands of them and they go out and video tape and photograph birds.

It's a very common thing everywhere, and in every country in the world..

Oh...My...God...take a college night course in how to use a camera.

posted on Feb, 1 2019 @ 11:26 PM
link
Percussionists everywhere are having a laugh at the expense of UFO freaks.

It's a steel guiro:

Making it float, though, can't be easy

Some people actually appreciate the natural world and want to document it for others to see. Or, they got a nice new camera and shooting birds can be quite challenging and if you do get some good ones they are revealing.

Also Bilko some people have hobbies, you got one?

originally posted by: TheJesuit
So the guy sounds legit with tech info about his camera as well looks like a still but very clear and there a teather as well or what looks like one....

Nothing wow about it. Tethered solar balloon.

Folks just odd as those on forums like this

originally posted by: NoCorruptionAllowed
Bird watchers? Ever heard of them? There's thousands and thousands of them and they go out and video tape and photograph birds.

It's a very common thing everywhere, and in every country in the world..


They even made a movie about it called "The Big Year," featuring famous stars and stuff:

Reminds me of one of those pump up water rockets .

You should've added NSFW to your vid... His voice almost put me to sleep sitting here listening on my PC at work, lol...

Great shot though, and it's good to see he went the extra mile by recording some airplanes with the same zoom. That helps put this into perspective. The object looks bigger than than the planes if you look from the regular distance and judge how far away they were. It looked like something teleporting.

originally posted by: TheOnlyBilko
Anyone else find it weird that he out and about trying to take a video of a bird??? Why? Who goes out with the purpose of taking a video of a freaking bird? I dunno I found that odd personally

Most of us probably find it odd but there are people that spend thousands on bird watching equipment and cameras. What seems to be the case is that he was going to zoom in on a tree when some flash far away caught his eye and when he went back to view the footage, it turns out that his lens tried to focus on that flashing object instead of the tree. That's what I gathered anyways.

posted on Feb, 6 2019 @ 12:59 PM
link
I seen something very similar about 4 years ago. It had this strange blue metallic color as this does. I could visably see windows so it was not a balloon. It was very close and in broad daylight. I had witnessed many lights in the sky moving in formation the previous night. I had 3 other people with me when I witnessed those lights. I find it very interesting that others have seen these things.