posted on Jan, 29 2019 @ 01:32 PM
link
When reading into the occult and things of an esoteric nature i have quite often noticed the star system Sirius coming up quite often, here i am going to link a number of occultists who have reported on Sirius being important in one way or another to their own research and with the help of the ATS public i will try and get a better grasp on what it means, if anything at all.

First off what/where is sirius


The brightest star visible from any part of Earth is Sirius in the constellation Canis Major the Greater Dog. Sirius is sometimes called the Dog Star. Most people in the Northern Hemisphere notice Sirius in the southeast – south – or southwest on evenings from winter to mid-spring. February evenings are a grand time to see it. It’s also fun to spot Sirius as it ascends in the east before dawn on late summer mornings. Although white to blue white in color, Sirius might be called a rainbow star, as it often flickers with many colors. The brightness, twinkling and color changes sometimes prompt people to report Sirius as a UFO! In fact, these changes are simply what happens when such a bright star as Sirius shines through the blanket of Earth’s atmosphere. 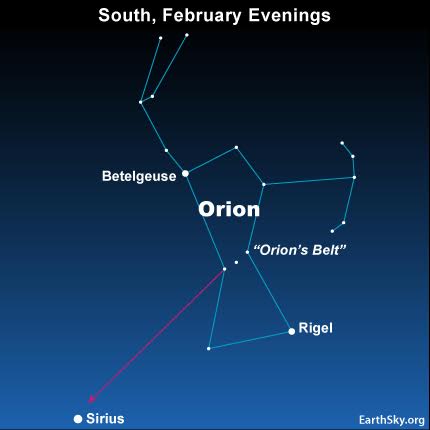 so now we know the what and where, lets look at why it has been important to various occultists and Ancient Civilisations

Since ancient times and across multiple civilizations, Sirius, the dog star, has been surrounded by a mysterious lore. Esoteric teachings of all ages have invariably attributed to Sirius a special status and the star’s importance in occult symbolism is an attestation of that fact. What makes Sirius so special? Is it simply due to the fact that it is the brightest star in the sky? Or is it also because humanity has an ancient, mysterious connection with it? This article looks at the importance of Sirius throughout History and secret societies and will describe the symbolism surrounding it. Sirius is located in the constellation Canis Major – also known as the Big Dog – and is therefore known as the “dog star”. It is over twenty times brighter than our sun and is twice as massive. At night time, Sirius is the brightest star in the sky and its blue-white glare never failed to amaze stargazers since the dawn of time. No wonder Sirius has been revered by practically all civilizations. But is there more to Sirius than meets the eye?

Robert Anton Wilson a self professed student of the teachings of Crowley has wrote about Sirius and it was in his book Cosmic trigger that i myself first heard of the importance of this star throughout history, this article details RAWs thoughts on the subject matter


On July 22, 1973, the occultist and philosopher Robert Anton Wilson performed the Invocation of the Holy Guardian Angel, a ritual devised by Aleister Crowley to put you in touch with your higher self. He wasn’t terribly impressed with the results that he got that night, but he woke up the next morning, July 23, with the thought “Sirius is very important” stuck in his head. This being way back in primitive times, there was no internet, so he had to find out what was so important about Sirius from books at his local library. So he hopped on his dinosaur and headed down there. Imagine his surprise when he found out that Sirius was the focal point of the Egyptian Dog Days celebrations and that they had started on that very date of July 23 and lasted until September 8. This was the time that the Egyptians believed that their connection to Sirius, which they associated with both Osiris and Isis, was the strongest. Wilson continued his occult experiments during this time and began to receive telepathic messages from an intelligence that he sometimes thought might be an extraterrestrial from Sirius.


IMPORTANT: Using Content From Other Websites on ATS
Posting work written by others
edit on Tue Jan 29 2019 by DontTreadOnMe because: use paragraphs in the quotes, please. trimmed huge quotes.