According to Press TV, the weapons were deployed to US military bases in the cities of Hasakah, Raqqa and Aleppo. The alleged deployment comes after President Donald Trump tweeted in mid-January that US troops in Syria are starting their pullout “while hitting the little remaining ISIS [Daesh] terrorists from many directions”.

posted on Jan, 25 2019 @ 11:02 PM
link
Apperntly it seems the DeepState and John Bolton are in the control of the US Militarily.

OR it is a massive resupply mission for the Kurds so they can defend themselves from the Turkish planned invasion..

posted on Jan, 25 2019 @ 11:30 PM
link
a reply to: AtlasHawk
Dude, I have been seeing convoys like this nearly daily for mo the. Follow my thread on the border dispute, I fequently load the Russian And American military patrols in the area, even have the moment our guys met up with the Syrian army boys during a route.

Turkey knows how badly Russia/China can damage Turkey's economy if they just followed America's aggressive policy of regime change in Syria. Turkey still hasn't forgotten America's coup on erdogan.
edit on 25-1-2019 by AtlasHawk because: (no reason given)


America isnt helping the kurds built their new they want the oil resources i have seen several videos of that area with the American pushing with that looks like to be oil equipment, and no America never shares their wealth.

They want drive Syria Dry. That's their plan. America would gladly hand over areas where Kurds to the Turks any day. 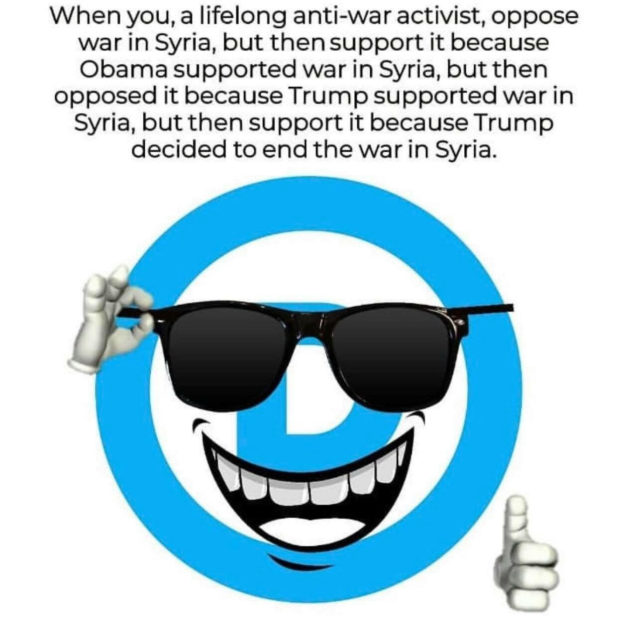 If this is true and it is for our guys to stay and keep fighting I blame bolton.

posted on Jan, 26 2019 @ 12:57 AM
link
a reply to: AtlasHawk
Don't be a CT noob, know your history. What has to happen for one capitalist state to pump and export oil in another land? It has to make a deal with a governing body of that land. I am certain you do not believe that Assad or the next regime of Syria is going to be selling the USA any oil??? So hmmm... from who or what governing body would we be purchasing this oil from??? Oh yea, it would have to be a new country, which I estimate will be anywhere from the size of Delaware up to the size of Connecticut straddling the Turk/Iraq/Syria border.

I have not yet determined the final lines, but by following the raised flags on the ground and which patches are on the soldiers patrolling which areas, I have it that Manbij is being ceded to the Manbij Military Council (MMC) which is going to allow itself to be reabsorbed into Syria proper. The other side of the river however, thats likely, IMO the strongest place for the Western boundry of this new state. In fact I have been saying it will straddle the Euphrates. But the tribes in Raqqa want to rejoin Syria proper as well, much to the disappointment to the SDF Kurds who liberated it from ISIS.

That would push them a bit further North, but I suspect Some of North Raqqa may stay within Rojava as well as the majority of Al-Hasakah governate. I cannot say for sure what will happen in Deir-Ezor until that last pocket of ISIS is cleaned up. There are some amazing battles coming out of that area, or at least there were up till last week. They should continue to do so at least until Spring, which is when I am expecting Idlib to go super hot.

To be quite honest, my personal interests are in staking mines in the new country. We do not always have to be just cattle in the system you know. More of us should be the rancher and go out to the new markets and explore the opportunity.

Its still going to be at least another five years before a sense of normal civilian travel can occur for us interested investors, but I am licking my chops so to speak.

to pump and export oil in another land? It has to make a deal with a governing body of that land.


The Americans and Bolton admin are foolish if they believe that somehow that Iran should stop assisting Syria when considering Syria was the one that requested their assistance.

America wants Hezbollah gone out of Syria and Russians but that kind of a deal will never happen.

posted on Jan, 26 2019 @ 01:30 AM
link
a reply to: AtlasHawk
Ameriki does not really care, it is Israel that will not accept it. And they will continue to bomb Damascus with our blind eye turned. Its not USA bombing Hezbollah and Iranian assets, it is the IAF. Let them have their fight, and we shall have our cake. Would you like to dine in this cake with me in a few years?? There will be some wonderful triple digit opportunities (and possibly much higher) depending on how strong your will is to embark into a new land. You only have to pay the right locals after some good vetting.

Of course understanding Human behavior goes a long way. If you want to find guys well known and liked by the townsfolk, you need to hit their equivalent to bars/sports bars. These are your ground guys, your everyday visibility. They rock the pins/patches/colors/brand that will represent you. But you also need educated individuals, they are the ones behind the scene that make all the technical # possible.

These are the guys you need for testing the soil, hitting the libraries in universities to find all the topography maps and geological studies, etc.. etc.. the engineers. Your everyday guys are like your pop-cult personalities and your goons, these guys are the specialists. They will become our engineers, accountants, attorneys, programmers etc.. and they operate in the background. The reason most governments don't put this category in front of all the citizens is because they are kind of essential to keep everything going, so is why not only are they discreet, society is conditioned to ignore their virtues for the most part as a way of keeping them from becoming vulnerable to rival interests.

So you coming with me? This will be better than blood diamonds, because we will be doing it all legally with the blessing of our staunch allies in this new nation, right?

I really do not see how you could say Syria is about the USA buying oil. Israel maybe. As far as mines are concerned, that sounds like Afghanistan. There 18 years and still have not even built any roads to the mines they have, much less mined a single ton of ore. Mostly we are putting pressure on Iran.

It's true high ranking US ex officials are invested in pumping oil from Golan Heights but does that justify the larger picture?

The old neocon agenda still lives on. Like a zombie from the walking dead, this plan stumbles forward without a working brain. 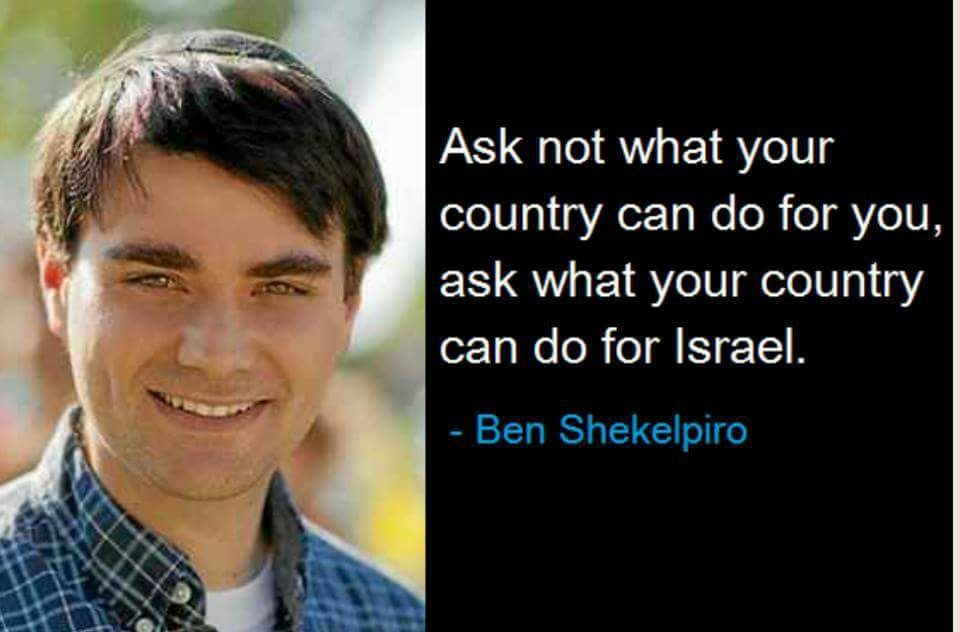 There isn't going to be any new nation from Syria. That doesn't even make sense. Syria might be a little smaller after Turkey is done with the Kurds. Maybe not.

US mines? in Syria? We will withdraw first. 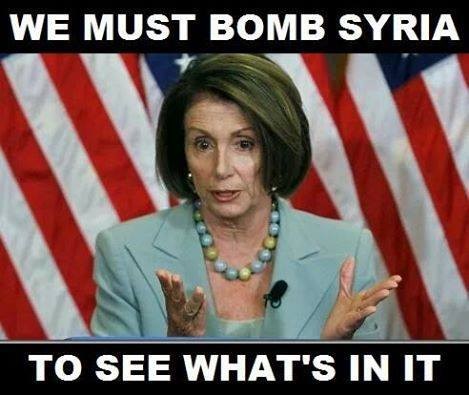 So funny "let us bring death, under the name of building a new nation no one asked for but it's required because it has to be due to plans from people who are messing up with things they don't even should be messing up with"

Do with this whatever you want to do, no one will care, let's be all fake

Russia, Nor Iran dont seem to care either.


So you coming with me? This will be better than blood diamonds, because we will be doing it all legally with the blessing of our staunch allies in this new nation, right?


This new nation wont be happen. Do i need to remind you that Turkey will be attacking it and America inside? this will make Turkey alliance with Iran/China/Russia even stronger.
edit on 26-1-2019 by AtlasHawk because: (no reason given)

posted on Jan, 26 2019 @ 12:10 PM
link
perhaps the Aim of supplying arms to Syrian Rebels/& the Kurds to some degree... is not for a Balkanized Kurd &/or Syrian Separatist State(s) to be birthed into existence ---> but to keep the vast areas of N.E. Syria as constant battleground areas so the Russian Oil/Gas Pipeline will be delayed for a decade or more, or until the USA can get ITs influence on par with Russia/Syria/Iran


See... the USA is engaged in Syria for the ultimate oil-gas pipelines & Liquified gas facilities to be released from the Israeli based ports & drilling platforms of the 'Leviathon' fields, some of which is in the Golan Heights... So there is no clear cut way for the USA to ever extract the military presence there in the Syria/Iraq/Turk/Saudi/Jordan/Egypt Theater-of-actors

why would we even bother when less than ten percent of our oil comes from that region? this isn't 2004 you know.