Another YouTube poster contacted the pilot and was able to ask him a question concerning the length of this sighting. 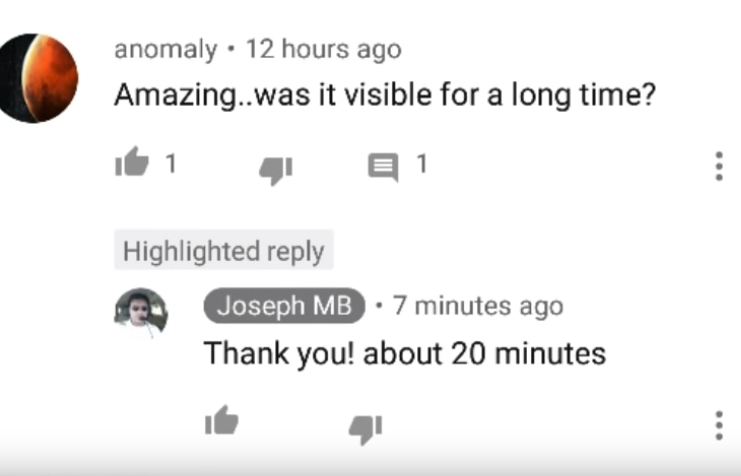 Some people think that the pilot filmed a reflection, while an astronomer thought it was just the planet Venus. 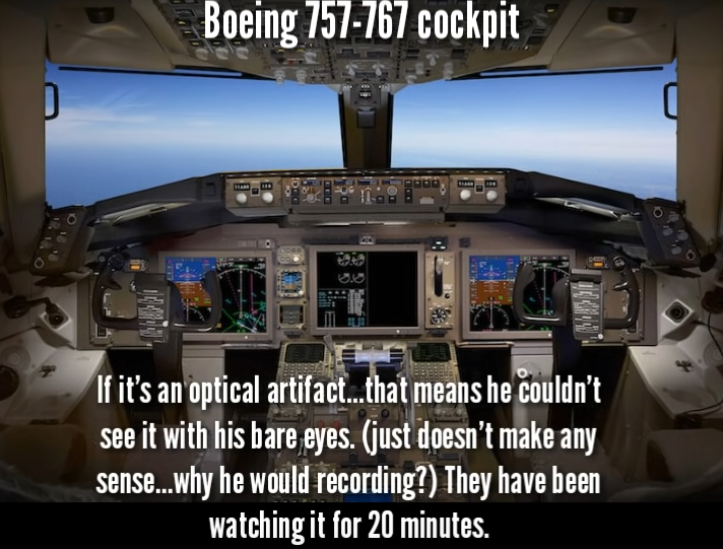 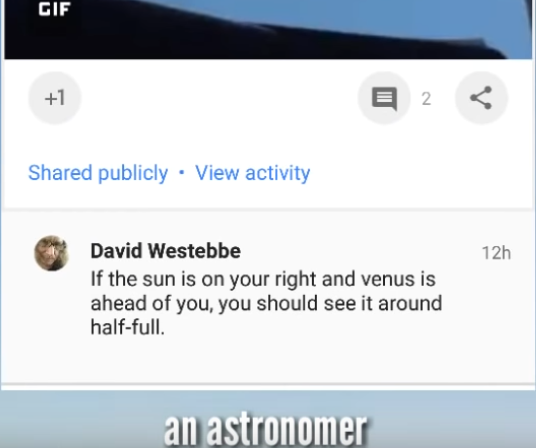 Here's the video footage that was posted on November 24, 2018 from the person who contacted the pilot and wanted to prove that the pilot's video was legit. These objects IMO are not reflections and they obviously can't be confused for the planet Venus. They could be weather balloons, I suppose, but I never have seen three tethered together before. Many people are seeing and filming "orbs" these days, with many being explained away as man-made objects or natural phenomenon. Any ideas what these could be?

posted on Jan, 25 2019 @ 12:55 PM
link
Hi guys,
Sorry I'm on my phone travelling but I saw this report while browsing fresh cases on Mufon few days ago.
Thought it reminded me of these lights.
Even though as I commented on Mufon given that the lights are filmed from the inside of the car with the window up it could technically be a reflection of a luminous object (phone /gadget) inside the car. I personally thought the case was suspicious but the similarity of the phenomenon was worth mentioning...
Feel free to extract the video from Mufon. Can't do it from my phone.
Mufon case France
edit on 25-1-2019 by Logiciel because: Link not working


I wonder if there is any connection with this sighting off the west coast of Ireland on November 9th 2018.


Other aircraft flying in the area reported the same thing. A pilot, flying a Virgin Airlines plane from Orlando to Manchester described the sight as a “meteor or another object making some kind of re-entry”, adding it seemed to be “multiple objects following the same sort of trajectory – very bright from where we were


There is a thread on ATS about this incident.

I dont think its flares or reflections. 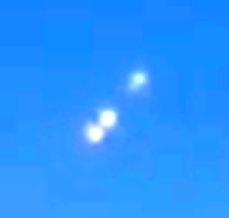 You speaking from experience?

posted on Jan, 25 2019 @ 05:14 PM
link
Pilot reports are usually taken more seriously due to training and experience... thus, it's unlikely to be a "reflection" or easily explainable mis-id.

Meh, there's more strange s&*t in the world than most posit... starting with us weird, partially sentient, free range homonculi!

I vote sky gods, 'cause why not?

originally posted by: Baddogma
I vote sky gods, 'cause why not?


Because it didn't try to punish us for our sins?

i know one when i see one!
yes i am doing this because you called me a idiot who copies dumb stories from the internet and no, i have no regrets

And if I may speculate what it could be my best guess would be plasma arcs and I can't explain why I think that..


its prolly a herd of chicken that gets hit by light,just like the Lubbock lights

Ignore him, he just blows s&!t out his sweeper.
I see where the longer video was taken down from utube.
Typical commicrat censorship.
SnF!