Bear false witness meaning he will not lie about Trump to save himself. Then he was pretty clear about not testifying against Trump.

Again I ask do you work for CNN?

He’s NOT saying he wouldn’t testify against Trump

He’s saying he won't "Bear false witness" against him

There is a difference between testifying FALSELY and testifying TRUTHFULLY

WHAT he's saying is that he will if he has to testify against Trump but it will be telling the truth.

originally posted by: Agit8dChop
...
If Stone broke the law to a significant extent, then yes - justice needs to prevail. But in the current political climate, ethical reporting would require you state the facts around its link to the Trump campaign.


Here is the thing. These..."charges" hang upon the "claim" that "Russia hacked the DNC."

Does anyone remember who was it that "claimed Russia hacked the DNC"?... Crowdstrike... That's right, these charges all hang upon the claims from Crowdstrike... The same "Crowdstrike" that claimed "the same Russian hackers who hacked the DNC hacked Ukraine's artillery units and decimated them." Except on the fact that this never happened as Ukraine and the source used by Crodwstrike, the International Institute for Strategic Studies (IISS), both have stated.

A new report suggests the same hacking group believed to have hacked the Democrats during the recent presidential election also targeted Ukrainian artillery units over a two-year period, that if confirmed would add to suspicions they are Russian state operatives.
...

...
But the International Institute for Strategic Studies (IISS) told VOA that CrowdStrike erroneously used IISS data as proof of the intrusion. IISS disavowed any connection to the CrowdStrike report. Ukraine’s Ministry of Defense also has claimed combat losses and hacking never happened.

A CrowdStrike spokesperson told VOA that it stands by its findings, which, they say, "have been confirmed by others in the cybersecurity community.”

The challenges to CrowdStrike’s credibility are significant because the firm was the first to link last year’s hacks of Democratic Party computers to Russian actors, and because CrowdStrike co-founder Dimiti Alperovitch has trumpeted its Ukraine report as more evidence of Russian election tampering.
...
The CrowdStrike report uses our data, but the inferences and analysis drawn from that data belong solely to the report’s authors,” the IISS said. “The inference they make that reductions in Ukrainian D-30 artillery holdings between 2013 and 2016 were primarily the result of combat losses is not a conclusion that we have ever suggested ourselves, nor one we believe to be accurate.

So why are people like Stone being arrested over claims from a cybersecurity firm which has made fake claims about "the same Russian hackers that Crowdstrike claims hacked the DNC"?...

BTW, don't forget that the FBI also used Crowdstrike as their source...

edit on 25-1-2019 by ElectricUniverse because: add and correct comment.

These are the same charges that will impeach Trump. Though in the end, he'll have many articles of impeachment

I wonder where this trial will occur? If it is in a democrat state, and it will be ran by a democrat judge, we all know that it won't be a "just trial," but rather a "political motivated witch hunt."

edit on 25-1-2019 by ElectricUniverse because: add and correct comment.

posted on Jan, 25 2019 @ 07:59 PM
link
This is an assault on all Americans and the Free world. They endlessly investigate and fabricate crimes against innocent patriots. And cover up the crimes of the guilty.

I think Trump should pardon Stone immediately (before) not after Stone is bankrupt. And it may be time to bring in the military to take action against the corruption in our government.

Of course. Is the military still ok?

They'll be coming for Alex Jones soon and others who stand against the system. A silencing campaign, so their evil deeds can continue unimpeded and their lying media will have no competition.

Doubtful. No one cares about Alex Jones or what he thinks. His conspiracy theories about Sandy Hook torpedoed the meager bit of credibility that he had. I liked watching some of his stranger videos, though, like the ones about forest bathing. And, he has a great beard now. So he has that going for him. 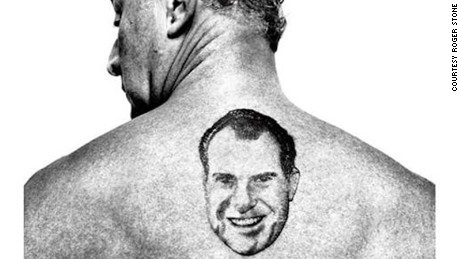 posted on Jan, 25 2019 @ 10:08 PM
link
More votes please screw laws and voters and malls shutting down....screw actually fixing healthcare,screw insurance cost,we need votes,votes,votes,so we can get rich and wealthy.....Pretty much is Washington D.C. nonsense anymore.Screw the Constitution and go to wars without voting through Congress......Arrest people like Roger Stone so we can win more votes then let Him out of prison,wasting millions of dollars......I would say this country and all of us are screwed.
edit on 25-1-2019 by Jobeycool because: (no reason given)

posted on Jan, 25 2019 @ 10:22 PM
link
Maybe I should do this in a conspiracy thread. But does anyone think the FBI storming Stones abode has anything to do with Trump ending the shutdown?

He's too dumb to fish in waters where the big fish are. Or, maybe he's just scared to.

originally posted by: Willtell
Maybe I should do this in a conspiracy thread. But does anyone think the FBI storming Stones abode has anything to do with Trump ending the shutdown?


You think?
Arresting this guy with weapons drawn and then releasing him 6 hours later....
Mueller is a complete joke

posted on Jan, 26 2019 @ 12:14 AM
link
The feds would know Stone was in a financial bind with tapping lines and gaining that insight. An age old tactic breaking the will, discredit, financially ruin. Guilty or not the damage is already done. Stone had to sign a 250k bond to get out. How can anyone defend themselves sitting in jail? Then you have CNN waiting and watching in the dark early morning the right day and hour before the feds showed up. They call it journalism. Somehow CNN knows more of what is going on than anyone else in the world.

posted on Jan, 26 2019 @ 12:41 AM
link
a reply to: Willtell
wow, with a response like that, I would say that matafuchs question is answered fairly obvious. Even if it is voluntary with no pay.


originally posted by: Willtell
Maybe I should do this in a conspiracy thread. But does anyone think the FBI storming Stones abode has anything to do with Trump ending the shutdown?


You think?
Arresting this guy with weapons drawn and then releasing him 6 hours later....
Mueller is a complete joke


So are the "news" publications that cater to liberals. In fact, they think their readers are low-IQ.

Tonight I looked at "Vanity Fair". It has a headline declaring that Stone's indictment shows Collusion, and Mueller is just inches away from Trump now.

But when you read the entire article, you can't find where Vanity Fair found collusion in the Stone indictment. They go off on some tangents that keep liberals happy, but provide nothing newsworthy.

posted on Jan, 26 2019 @ 02:16 AM
link
To be fair pretty much every major player in Trumps campaign team has now been indicted. Its the most successful witch hunt since the Wizard of OZ!

originally posted by: Xtrozero
Full SWAT team, CNN etc the guy is 66 with a disabled wife and a few cats lol... What happened to the left crap like that would have pissed you all off 10 years ago...

The problem is that people have substituted justice with vindictiveness and hatred. Dangerous times.
Stone's is a typical case of being singled out and victimised by the Govt. They questioned all his friends and associates, questioned him and for what reason? Under the guise of a Russian investigation they used a tweet and some of his bravado on air about his big time contacts. None of this had anything to do with Russian collusion. They dialled up the pressure on him because they wanted to get him - but they had no basis for doing so.

In the end they found nothing illegal about his actions up to the time they started investigating him.

They got the guy to panic, he lied about things he had legally done. They did the same to General Flynn.

For those cheering on from the sidelines and delighting in this, keep in mind that you are cheering the Govt picking and choosing targets without any crime and dialling up the pressure to boiling point on those targets, then getting them on process crimes, ruining their lives and taking their freedom. It might be all great to you when people you don't like are on the recieving end, but don't complain when your freedom is theratened - or indeed if people you like get treated in the same way.

originally posted by: theantediluvian
Updated the OP with a link to the indictment. Reading it now. Here are some interesting bits:

Why is this interesting?
Stone had said he had insider knowledge about what Wikileaks were going to reveal. I would think there were quite a few people who asked him what was to be released and when.
What would be wrong with the Trump campaign asking Stone for these details?

I listened to his interview yesterday - during the interview a good point was made. Journalism is being criminalised, but on a selective basis. The first few pages of the indictment describe typical investigative journalism. You should be careful what you cheer for.
edit on 26/1/2019 by UKTruth because: (no reason given)

Not true. They have 5 people.

Flynn - yes major player, indicted on a process crime under more than suspect FBI process involving the disgraced Peter Strozk. Indictment had nothign to do with the campaign.

Roger Stone - minor player in the very early days of the campaign (i think he was around for bout 4 weeks in 2015 at the very start). Indicted for process crime.

I think Flynn is the only 'major' player from the campaign - and it looks like he won't even go to jail because the 'crime' was so minor and potentially fabricated.