originally posted by: carewemust
He wore his best pajamas in expectation.

Pretty soon he'll have some nice orange ones.

29 FBI Agents raided an old man in his bed.

Also, he did tell a witness he was going to kidnap his therapy dog and then later to him "prepare to die". (I would say it's safe to assume the latter is hyperbole, but in the context of ongoing investigations, I doubt the DOJ shares the same sentiment)


originally posted by: carewemust
He wore his best pajamas in expectation.

Pretty soon he'll have some nice orange ones.

How long between arrest and going to jail? Cohen's been roaming free for what...8 months now?

Head of the HPSCI called CNN direct you mean...

Stone is not the one that they want to try to push. How many of you have read the indictment?

29 FBI Agents raided an old man in his bed.


With that the FBI is a joke another distraction for the Media. MSM trying to earn back support from its viewers by creating this stunt.

MSM want to bring down the Trump admin with their deep state buddies.


What's a tramp stamp for men called? Cause he has one.

The same Seth Rich Clinton's corrupt self had murdered in cold blood, and staged the scene to look like a robbery.

That still doesn't excuse our side from breaking the law, at least not until it is clear/proven that unequal enforcement is being used to target conservatives like that piece of dog # Lois Lerner used the IRS to do


There's absolutely nothing that indicates that Clinton or anyone from the DNC/Democratic Party/etc were in anyway involved in the murder of Seth Rich.

The whole premise behind this "theory" if you can even call something so poorly developed a theory, is that Seth Rich was murdered for "leaking" documents/emails. As a motive, it doesn't even pass the smell test. It only seems plausible because of extreme bias.

However, it's really a moot point anyway because the DNC and DCCC were hacked.

Same thing with Vince Foster, absolutely nothing shady about it.

I live in Ft. Lauderdale and have been on the phone with reporters all morning. None. Not one, except for a remote CNN crew, knew about Roger Stone’s arrest. That’s not gut instinct. I’d bet my last dollar they were tipped off.

If True CNN should be investigated.

originally posted by: carewemust
How long between arrest and going to jail? Cohen's been roaming free for what...8 months now?

Ask Muelller, I'm just here for the sheer joy of the swamp-draining.

Since Stone is going to fight the charges, it looks like Mueller keeps his taxpayer-funded job through at least August.

I live in Ft. Lauderdale and have been on the phone with reporters all morning. None. Not one, except for a remote CNN crew, knew about Roger Stone’s arrest. That’s not gut instinct. I’d bet my last dollar they were tipped off.


If True CNN should be investigated.

The person(s) who tipped CNN off should be located and charged. CNN was just doing their job.

They could have called him and told him to come in like they did Manafort he just walked in their door with his lawyers. They wanted this to be dramatic so they made a big show of it.

Mueller used to do these Friday arrests to distract the MSM/public from something. But they're losing that effect.

I remember Stone saying he would never testify against Trump I also remember Cohan saying he would take a bullet for him and look how that Turned out. Its being widely reported that "Organisation 1" is Wikileaks, it does not bode well for the question of what the president know and when did he know it if Stone who seems to have been acting as a intermediary between Stone and Wikileaks is now facing these charges Trump could be about to find himself in even more hot water.

I believe that Stone only cares about himself, I think his reputation as the "dirty trickster" means he just cannot be trusted. He will turn on Trump just like Cohen if he sees that as an opportunity to save his own skin or get a lesser sentence he will turn on Turn on Trump. Now that does not mean his testimony could be trusted, he will probably say just about anything to get out of serious jail time and that includes saying that he told Trump that he was getting information from the Russians through Wikileaks. It would fit in with the Trump/Russia narrative.

When you look at the charges it seems like Stone has been trying to cover up his links to Wikileaks and the Trump campaign. Now I still maintain that its important that everyone on all sides of this wait until we start drawing definitive conclusions about what actually went on with the Russians and Trumps campaign, we should wait until the report comes out and then take it from there. On saying that however, whilst I think it's important not to jump the gun and start acting like Trump being a Russian asset is a given, its also important that Trumps supporter accept that this really isn't looking good for him and he could find himself facing some very serous questions in the not to distant future.

Lying about it under oath to Congress, and then threatening a witness.

The problem is this:

Now the real problem for Trump would come if he know where this information was coming from. If Stone went to Trump and said Wikileaks have hacked the DNC and gave us this information, its going to go public at a time of your choosing when it's going to be advantageous for the campaign. Then that lands Trump and his team in a whole world of trouble.

So it's not so much that it's wrong to speak with Wikileaks, just having a chat with them is fine, it depends very much on the details of what was said, who knew what and when they knew it.


especially for someone fired from trumps campaign in 2015


originally posted by: underwerks
I wouldn’t expect anything less from a guy with a tattoo of Nixon on his back.

Anyone who gets a politician tattooed on them is a moron. I mean I know he was a moron prior to that but this kind of ices the moron cake.


Or celebrity/sportstar, many an ATS poster is now slowly rolling their sleeves down, its Captain America I swear 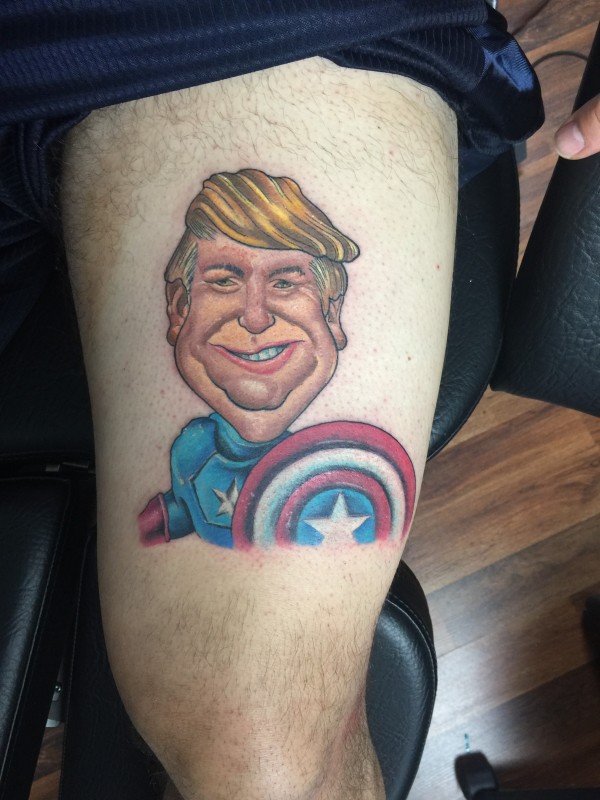 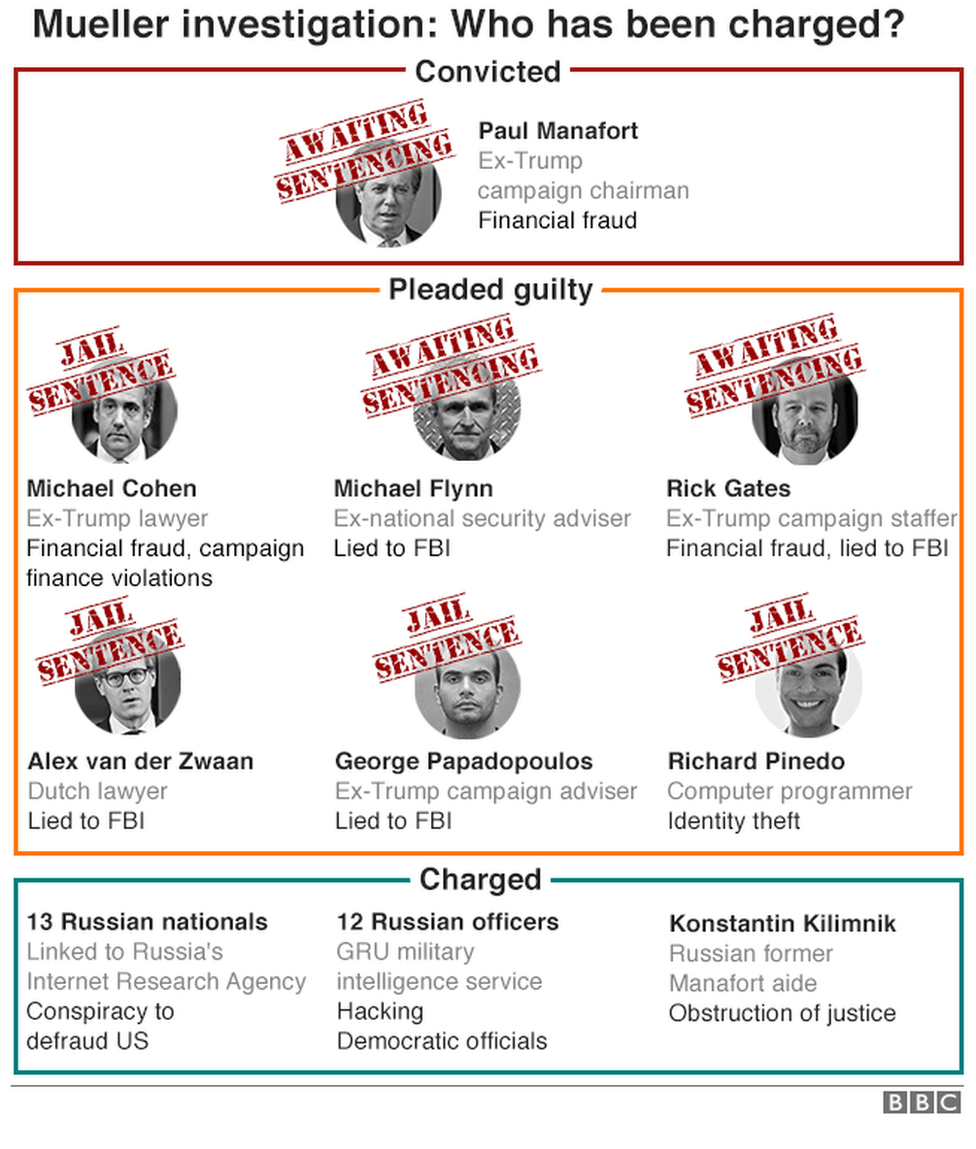 Can I ask why has Trump gone back on the promise of "lock her up" surely as Pres he has power to start an investigation.