The remains of a woman, believed to be from antiquity, with an elongated alien-like skull has been found during excavations of an ancient burial site in southern Russia.

It bears a resemblance to the Paracas skulls IMO. Although this one seems to have sutures.


However this week’s discovery of a woman’s skeleton – which dates back to between the 4th and 6th century – is particularly unique because of the fascinating intentional deformation of her skull and neck.

Pictures at the link,
www.rt.com...

posted on Jan, 24 2019 @ 02:08 PM
link
What I think is just like every other report of someone having an "alien skull" that their will be a logical explanation for this one also.

Either there were a ton of aliens, or old timey people were totally obsessed weird shaped heads!

What if aliens don't have skulls? Or even heads?

posted on Jan, 24 2019 @ 02:55 PM
link
Just another cone head. Some of the skulls are banded others are not. It said this does not have the sutures which would make it real and not forced, but it almost appears to have a banding hump/ridge on it. Someone who could witness it in person could figure out if it is natural or formed.

Head binding seems to have been a popular practice from various parts of the world. My Question is...why?

It is almost like those ancient people who started Cradleboarding infant skulls were trying to imitate something. I wonder what they could have possibly been emulating?
edit on 24-1-2019 by ClovenSky because: Night Star beat me by just THAT much [ .. ]

posted on Jan, 24 2019 @ 02:57 PM
link
I'm just curious as to why they started doing this. Did they see something/someone? Did they believe it made them smarter?

originally posted by: chiefsmom
I'm just curious as to why they started doing this. Did they see something/someone? Did they believe it made them smarter?

Maybe in a couple thousands of years they will wonder why we loved fake boobs, or teeth, or nose jobs

posted on Jan, 24 2019 @ 03:04 PM
link
loll scull-binding is the most simple andswer of anti alien movements groups
a: the binding will never result in moore scull mass
b: if it was done by the uppergroup kings/qweens ect.. why are they buried in simple graves
c: wat is the connection made by findings in peru and Russia and so few of them if it was an worldwide ritual…
d: did they ever find writings ore documentations of such rituals ?

Why do people do piercings and body modifications now. I don't think fads and vanity are unique to our time.

From what I've read , it could be that it's a side effect from wrapping the babies head so it wasn't injured in a fall , It's could be a status thing could be they thought it made them smarter or to identify certain tribes etc...

My question who was 1st and how did they discover that they could manipulate the shape of the skull . And how is it so wide spread around the world ?

Just keeps backing up the fact I think there was civilization on Pangaea before it broke apart and we have our timelines off by huge amounts .

originally posted by: ressiv
loll scull-binding is the most simple andswer of anti alien movements groups

Yep those anti alien movement groups are buggers, you can't step outside without one of them shouting facts at you or quoting empirical evidence .

There must be a thousand and one reasons why a skeleton has an elongated skull that doesn't relate to them being aliens.

I think the image shown in your RT link is a fuzzy, vignette type of Artist's Rendering and definitely not a photographic image using modern digital cameras


let me go & read the content, beyond just looking at the Image...the text might inform the reader that the image is from 1900 or some such excuse (as in a case of : Perpetuating a Mystery for the cause of Sensationalism...)


i read & looked more... the Southern Russia is where the Fable 'Conan the Barbarian' lived in ancient times... the subjects' lower jaw & teeth look photoshopped... the bones likely belonged to a person destined to be the village Shaman(ess) & that would be reason to bind-the-skull in childhood... i think there's a bunch of intended exaggeration in this story to generate a flurry of interest for proprietary reasons ($$$)


i give 3 thumbs down, & thanks for the daily fluff

posted on Jan, 24 2019 @ 03:47 PM
link
Head binding cannot increase the size of the brain cavity; it can only alter the shape. So when you find an elongated skull that has a brain capacity of 50% more than modern Homo sapiens sapiens, on the order of 2250cc vice 1500cc, "head binding" does not cut it as an explanation. That's not to say that it did not take place, but the explanation may very well be that it was done in order to emulate the "ruling class" which had elongated skulls, in the hopes of an elevated social status. Interestingly, the Caracas elongated skulls in Peru have had DNA testing done, and it shows an origin near the Black Sea.

Now, there is no way these skulls are not human. They are not "alien" as in 'aliens from space.' But they are significantly different, and we really do not have a good explanation as to why. Head binding is an insufficient answer.

I've always wondered though, why do this? Who were they trying to emulate?

You say it will not increase size take a look at the girl on the left just about perfect shape as the one in the grave ? 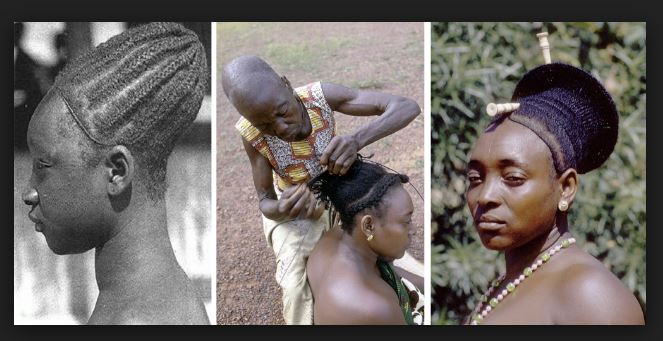 I have read that some fetuses have been found that had a elongated skull that had not been born yet so possibly a genetic defect ?


This Reminds me of Akhenaten 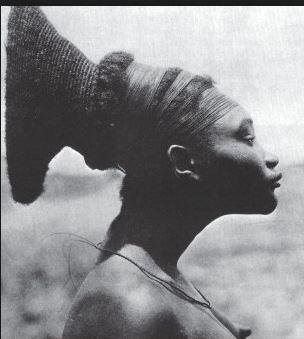