"Today, I am officially recognizing the President of the Venezuelan National Assembly, Juan Guaido, as the Interim President of Venezuela," Trump said in statement.

He called the Maduro government "illegitimate" and "directly responsible for any threats" posed to the Venezuelan people.

He added he would use "the full weight of United States economic and diplomatic power to press for the restoration of Venezuelan democracy" and encouraged other governments in the Western Hemisphere to also recognize Guaido.

The citizens of Venezuela have suffered for too long at the hands of the illegitimate Maduro regime. Today, I have officially recognized the President of the Venezuelan National Assembly, Juan Guaido, as the Interim President of Venezuela. t.co...
— Donald J. Trump (@realDonaldTrump) January 23, 2019

US-backed Guaido, who is currently the President of the National Assembly, swore an oath and declared himself interim president on Wednesday as thousands took to the streets calling for Maduro to leave office.
...
Earlier this week, Maduro had called for a revision of Venezuela's diplomatic relations with the US after Vice President Mike Pence openly called for regime change in the struggling country.

Maduro said the US was shamelessly interfering in his country's domestic affairs and rejected its "imperialist interventionism" which he said promoted "instability and violence."

Brazil will politically and economically support the transition process in order for democracy and social peace return to Venezuela. 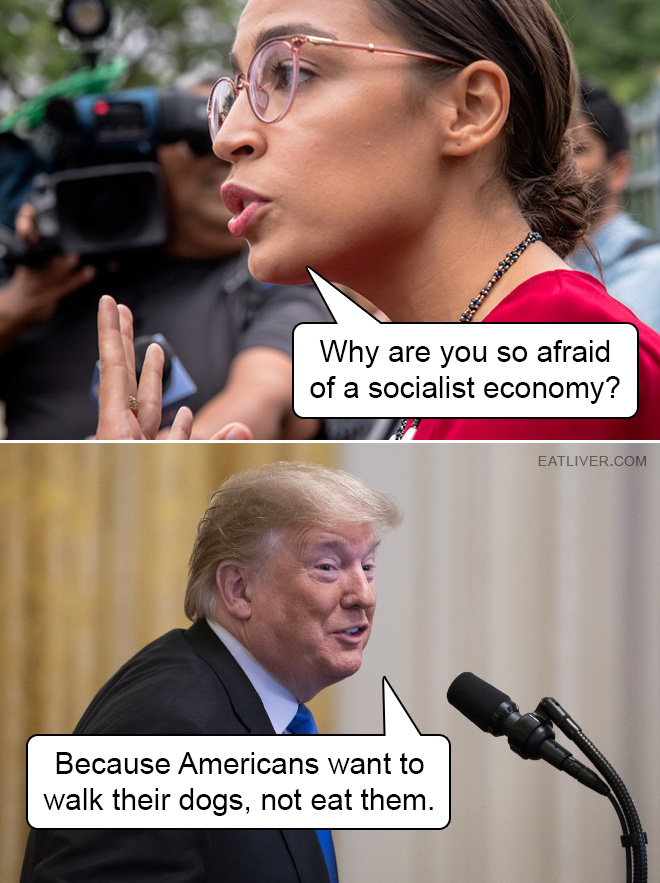 posted on Jan, 24 2019 @ 07:01 AM
link
I guess this means that Pelosi and Schumer will quickly back Maduro and the media will paint him as a saint.

posted on Jan, 24 2019 @ 07:02 AM
link
Oh look, the US is one again contributing to a coup in a South American country. And people have the audacity to claim that these countries are responsible for their own issues.

Their issues relate to socialism destroying their country - not a 'coup' in 2019.

Actually not a bad hypothesis. Now you’re thinking with Portals!

ETA They’ll certainly refrain from editorializing to the effect that this was a proper and, dare I say, Presidentially correct action.
edit on 24-1-2019 by Zelun because: Eta

originally posted by: UKTruth
a reply to: Xcalibur254

Their issues relate to socialism destroying their country - not a 'coup' in 2019.

Looks like another flashpoint is opening with Russia sending warnings to the US to keep out and reports the Venezuelan military staying loyal to Maduro , without the support of the military where does that leave Guaidó's declaration and the President and international communities support ?

Maduro has some pretty big allies , he won't be replaced easily.


Russia criticised those in the international community who "seek a change in power" and said any US military intervention would be "catastrophic".

Turkish President Recep Tayyip Erdogan tweeted: "My brother Maduro! Stand tall, we are standing by you." A spokesman for the UN secretary general said António Guterres was calling for peaceful political dialogue to address the crisis.
www.bbc.co.uk...

And there's no one at hand to use in a proxy war that I know of.

posted on Jan, 24 2019 @ 07:39 AM
link
USA prolly bought a bunch of facebook ads pushing socialism there so we could take over eventually and steal the oil. Somebody got fix these #holes...

Are the US going to war with Venezuela?
I don't think that has been announced.
edit on 24/1/2019 by UKTruth because: (no reason given)

Let's be honest. This administration has been looking for an excuse to invade Venezuela for a while now.


Are the US going to war with Venezuela?
I don't think that has been announced and I doubt it is on the table.

Nobody's suggesting the US going to war with Venezuela , although they could offer support to Guaidó depending on how the situation plays out.

The BBC seem to have taken the first Maduro cheerleader uniform of the shelf and are dancing. No surprise there.


As far as I can see the BBC aren't cheerleading for Maduro or Guaidó they're reporting the facts.


Venezuelan President Nicolás Maduro has broken off relations with the US after it recognised opposition leader Juan Guaidó as interim leader.
Mr Maduro gave US diplomats 72 hours to leave the country but the US said the "former president" no longer had the authority to order them out.

posted on Jan, 24 2019 @ 07:53 AM
link
If Trump gets to chose who the Venezuela president is, I would call that a fine example of democracy in action.

The protests this time around are different. No one in Venezuela is under any illusions about the government any longer. Its ghastly record of violence against dissidents is now firmly established, its absolute lack of scruples about what it will do to stay in power clear in every mind.

The regime, which once peddled itself as an alternative model of development for working people worldwide, is virtually out of international supporters. After his artlessly rigged reelection last year, Maduro’s second inauguration this month was snubbed by almost everyone, except for a rogue’s gallery of authoritarian regimes who sent representatives: Cuba, Russia, Turkey, Nicaragua, Bolivia and, tellingly, South Ossetia — a secessionist shard of Georgia recognized by no one outside Vladimir Putin’s sphere of influence.

even the WaPo admits Maduro is illegitimate

Only the far left could support Maduro. He's their hero, just like Castro.
That WaPo are ven against him says a lot about the extent of the radicalisation of those that do.
edit on 24/1/2019 by UKTruth because: (no reason given)

originally posted by: Xcalibur254
a reply to: UKTruth

Let's be honest. This administration has been looking for an excuse to invade Venezuela for a while now.

If you wanted to be honest, you'd accept that the 'actions' in that thread/story do not include invasion or war.

originally posted by: Quetzalcoatl14
WTF I love Maduro now!?
a reply to: UKTruth


Don't pretend to be Nancy or Chuck...or if you must, please at least understand their is no way they could convery their message in one sentence. You'll need to ramble on for a few pages to pull off the ruse.

posted on Jan, 24 2019 @ 08:25 AM
link
I really wish the US government would mind its own damn business, but the fact is Maduro got Venezuela's supreme court to declare parliament illegitimate (because it's now controlled by an opposition party), and then he created a new legislature stocked entirely with his political cronies. The real legislature responded by impeaching Maduro and voting to remove him, and the head of parliament is now the acting president, as per the Venezuelan constitution.

So, Trump's actions appear to be entirely correct, and a number of other countries also recognize the National Assembly (and Juan Guaido) as the legitimate government of Venezuela.
edit on 24-1-2019 by AndyFromMichigan because: (no reason given)