originally posted by: UniformKilo
a reply to: Lysergic

Career lying was the in the topic, and your argument is obviously pro-trump who is a compulsive liar..... reading comprehension level for Lysergic -100

The word Career was in the title. Can we talk about what everyone wants to do when they grow up. 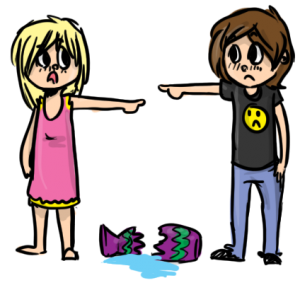 
So lets see if you can follow that white rabbit ATS is so crazy about, the kid in the video(s) that Mr. Phillips was in that made them both Internet famous was wearing a hat made famous by a guy who just so happens to be our Potus......MIND BLOWN
edit on 24-1-2019 by UniformKilo because: (no reason given)


So lets see if you can follow that white rabbit ATS is so crazy about, the kid in the video(s) that Mr. Phillips was in that made them both Internet famous was wearing a hat made famous by a guy who just so happens to be our Potus......MIND BLOWN


I'm wearing a Pantagonia jacket right now.... So are they affiliated with the nature of discussion you and I are having right now?

originally posted by: UniformKilo
a reply to: Lysergic

I guess I shouldn't assume that the ATS link works huh

If you actually read what it asked for in the dialogue box.

Funny how we are here again, about reading comprehension.

That is a win for you sir, I give up! 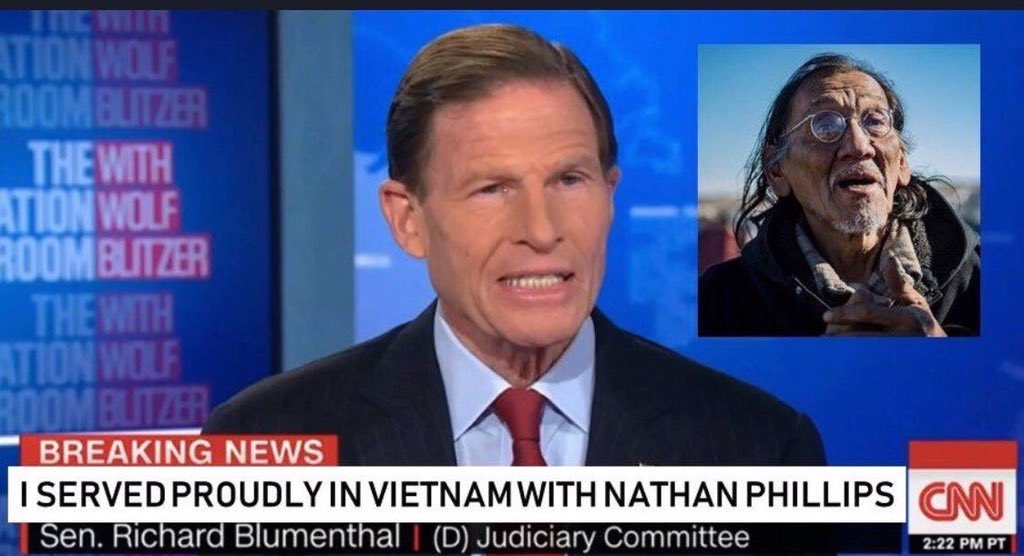 That is a win for you sir, I give up!

You can talk about some one's specific actions without putting it on those they claim to represent.

The thread is about Phillips, you tried connecting some imaginary dots to bring in Trump which would be one thing, but you claimed OP was a pro Trump thread because he was bringing up Phillips which would be in defense of the kids who were wearing MAGA hats.

That's a lot of leaps.

posted on Jan, 24 2019 @ 11:35 AM
link
Sen. Blumenthal also lied while campaigning about serving in Vietnam. But people trust him to lead our country.

Really leaps, clearly the OP did not mention our fearless leader, but to say that it's a stretch to connect the two is not a leap perhaps a step maybe 2.


“[Phillips] is a Vietnam Veteran and former director of the Native Youth Alliance,” according to Heavy.

The Native Youth Alliance appears to be a standalone entity. However, the larger well-funded Native Youth Leadership Alliance — which told us that it is not associated with Phillips — is currently promoting Phillips’ fundraising campaign stemming from the incident with the Catholic teens.

The Native Youth Leadership Alliance (NYLA) is a non-profit organization that is funded by the same far-left power players who are often involved in bankrolling leftist causes. The organization’s funding partners include the Bill and Melinda Gates Foundation, the Rockefeller Brothers Fund, and the Social Justice Fund Northwest. The homepage for the NYLA is promoting Phillips’ fundraising campaign.

Thing reeks of a setup.

Yeah the probability of it being a coincidence is non existent.

Bring forth the next Idiot I say, kinda bored of this guy already.

If Elizabeth Warren and Brian Williams had a baby, it's be Nathan Phillips.

Still ignoring all the evidence to the contrary, are you?

I wish I could say I was surprised.

Which is a good thing.

Going after the kids isn't cool. But it is par for the course. They went after Trumps son. Obama's daughters. Clinton's daughter. The Bush's, both of 'em, kids. Reagan's kids, though they were adults... . Carter's daughter.

Yep, only question is why they chose this school to
mess with. I would say we have those answers already,
but will refrain from the details as we all know...er um why...