Nancy Pelosi Strikes Back! States House will block State of the Union Address from House Chambers

This is going to be epic. The president has a duty to address the Congress. It is in the Constitution.


Democrats will block President Donald Trump from giving his State of the Union in the House chamber until the partial government shutdown ends, House Speaker Nancy Pelosi said Wednesday. In a letter to Trump, Pelosi escalated a standoff over the annual address hours after the president said he would give the speech in the House chamber next week as planned.

Earlier this month, Pelosi urged him to reschedule the remarks or deliver them elsewhere during a partial government shutdown. Pelosi wrote that the Democratic-held House would not pass the resolution needed to approve the joint session of Congress where he would deliver the address. She said lawmakers "will not consider a concurrent resolution authorizing the President's State of the Union address in the House Chamber until government has opened."

The House Democrats are refusing to vote on a resolution to authorize. She, and the others, are really over stepping their bounds here. They are not in 'charge'. Neither is he. We are as voters and they are missing the ball big time here.

No security risk. However, I want to see how they are NOT going to allow him to enter and present his speech. Maybe it is time for another Booker Spartacus moment...

Another article states the following ....


So can Trump simply show up to the House of Representatives to deliver his speech? And if he does, can Pelosi just have security kick him out? The answer is multi-layered. Under the rules, declaring a formal joint session of Congress requires the agreement of both the House and Senate. Without Pelosi's consent, in other words, there can't be a joint session.

At the same time, however, as described by McClatchy, no rules would prevent Trump from entering the House chamber, or speaking on the House floor, whenever he wants. So he's perfectly within his powers to show up and deliver his speech.

That said, Pelosi, D-Calif., has other tools at her disposal to thwart Trump. She could shut off the lights, turn off the microphones, and also make sure that no cameras are allowed because the House won't be in session. Both parties have done this to each other in the past. In 2008, during her first term as speaker, Pelosi adjourned without allowing a vote Republicans wanted related to offshore drilling, shut off the lights, and cut off the microphones to block Republicans from complaining about it. Republicans refused to leave the floor and kept on talking anyway. I

In 2016, Pelosi was on the opposite side of this sort of situation, when she joined Democrats in staging a sit-in after the Republican majority blocked gun control votes. Democrats remained on the floor in the dark after the House was put in recess and used social media to broadcast video from the protest.

posted on Jan, 23 2019 @ 02:17 PM
link
I was hoping this would happen so I could see how exactly she was gonna stop the POTUS and his posse of Secret service members from going anywhere.

LMAO . What an idiot. she is playing right into his hands.

Could be the shortest speech in history.

posted on Jan, 23 2019 @ 02:20 PM
link
Its funny she thinks she can do this but doesnt think the president has the right to kick a reporter out of the white house.

I know this goes for both sides, but from MY perspective Trump has tried to find a way to compromise and no matter what the content of the proposal is, Nancy and the dems shoot it down every time. By doing this she is just further increasing the political divide and acting petty. I didn't think she could sink any lower but here we are ....

posted on Jan, 23 2019 @ 02:22 PM
link
It is not so much the speech as it is the point. She already invited him. Then she rescinds. She cannot hold the president and the SOTU hostage.

I was actually kind of disappointed at his last speeches as he didn't really go for the jugular and tried to be to "presidential".

I have never seen it this bad. Ever. The hate runs deep and it is because he will simply not play ball like politics has worked for decades in the US. Modern era.

The president doesn't even have to give a speech. That part is tradition. Up until Wilson, it was customary to send a written report.

That can't legally be blocked by anyone, and satisfies all constitutional requirements.

Trump can fill any major stadium in the country with supporters and give it there.

Even better if all of the GOP congress and government take the stage with him. There would be no better or more meaningful gesture from him, and the people's state of the union as a metaphorical massive middle finger to Nancy and the democrats...

His choices are many, all would be inherently historic and the democrats once again would find themselves forever on the wrong side of history.

Believe me, it'll be yuuge!

What is the penalty for sedition?

Is Nancy trying to hand Trump 2020 on a silver platter???

Trump's efforts at compromise have been swiftly rejected...

The shutdown has already cost more than the $5 billion Trump requested...

Nancy and her critters voted against paying the furloughed employees...

And she continues to refuse to let Trump give the mandatory SOTU address in person...

We have no sitting government to govern. Congress and the President don't recognize each other. This could go on for a long time. Hopefully, the FBI is also stymied, too.

Is it possible to govern completely with Executive Orders? We shall see.

Says Nancy doesn't like to hear the truth about success 🤣🚬 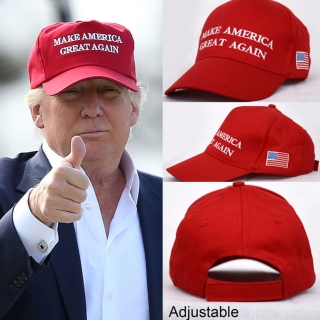 posted on Jan, 23 2019 @ 03:50 PM
link
I fail to understand the point in all this. At a glance this seems petty, childish even. Could someone please fill me in on why Pelosi or the Democrats or whoever wants to do this?

originally posted by: Brotherman
I fail to understand the point in all this. At a glance this seems petty, childish even. Could someone please fill me in on why Pelosi or the Democrats or whoever wants to do this?

Trump is still going to give it, but in an alternative setting from what I'm hearing.

posted on Jan, 23 2019 @ 04:00 PM
link
Trump should hold it in front of the US Capital or Lincoln Memorial, Inaguration style, with the American people there. It would be epic.

originally posted by: Brotherman
I fail to understand the point in all this. At a glance this seems petty, childish even. Could someone please fill me in on why Pelosi or the Democrats or whoever wants to do this?