Doubling down: Covington Catholic students show up to games in blackface

posted on Jan, 23 2019 @ 07:24 AM
link
So hot off the press yesterday from HuffPo, we have evidence of students showing up to a basketball game in blackface (debunked later).

The backpedaling, too, would be short-lived, as new allegations of racism and intolerance from Covington Catholic students quickly surfaced.

Early in the article, there is admission of backpedaling, but a celebratory gotchya moment, HURRAY!!!!!

And on Monday, new denials were issued as (now deleted) videos dating back to 2011 surfaced featuring white Covington Catholic students appearing in blackface at their basketball games.

What the denials fail to address is what Covington Catholic students ― young men who live in a county that is 91 percent white and go to a school whose staff appears to lack any diversity whatsoever ― may get few opportunities to reckon with: That white people wearing black paint on their faces is historically racist and offensive.

OMG!!!!, never mind the fact that the country is 72% white, or that a statistic of an isolated community should matter.

So here is the damning bombshell image 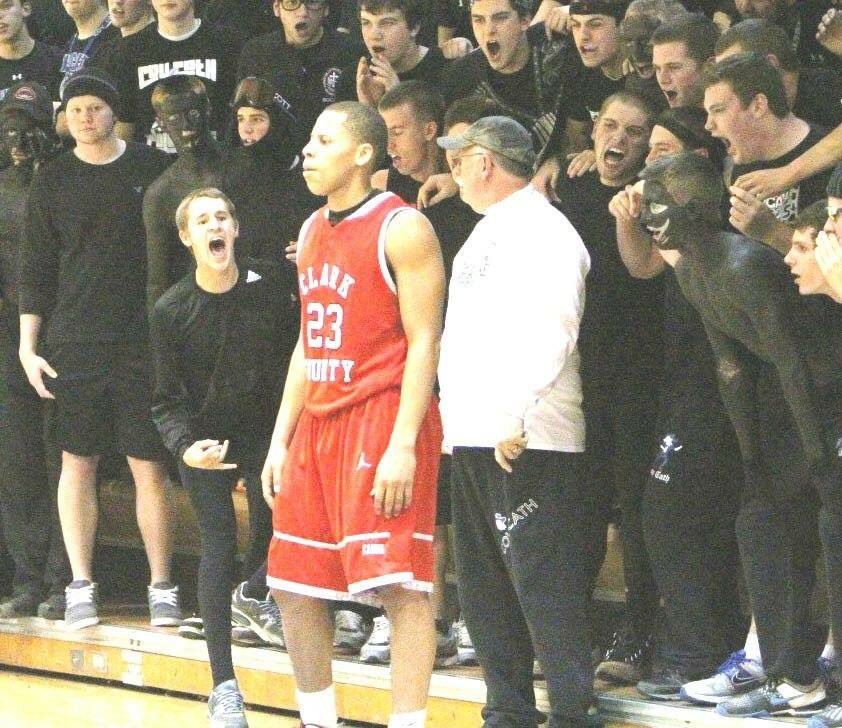 The school was taking part in a blackout event.

Jesus tap dancing Christ, they are doubling down.... They won't stop until every person at that school is labeled racist, all because they don't want to admit not only did they run a bull sh## story, but it was one based off of a social media post no one cared to look further into. They took a random source and ran with it.

So everyone join in, we have to do this swift and clean so at least it will be as painless as possible for these boys. Everyone join in, it's our duty.
edit on 23-1-2019 by CriticalStinker because: (no reason given)
edit on 23-1-2019 by CriticalStinker because: I originally used a bad source saying the school colors are black and white, they are in fact blue and white

posted on Jan, 23 2019 @ 07:39 AM
link
Yep. Alma does "stripe outs" where you are supposed to check your seating section and dress accordingly -- either purple or white.

If your school's colors are black and white, what do you do? We've all seen the Raider Haters. They paint their faces black.

I'm guessing that what outlets like the HuffPo are counting on is that no one will bother to discover the school colors because they figure their readership is too WokeAF to have engaged in such mundane and flyover things as participating in school sporting events (truth: too soyboy beta male).
edit on 23-1-2019 by ketsuko because: (no reason given)

I'm guessing that what outlets like the HuffPo are counting on is that no one will bother to discover the school colors because they figure their readership is too WokeAF to have engaged in such mundane and flyover things as participating in school sporting events (truth: too soyboy beta male).

Problem is, you can tell by the picture and what cloths they are wearing what their school colors are, you don't even need the due diligence of verifying it as it's all in the context clues.

Of the most culturally deplorable boxes one can check in progressive America in 2019, the boys of Covington Catholic High School have most of them: white, male, Christian, attendees at the annual March for Life in Washington, and wearers of MAGA hats.

It also turns out that Mr. Phillips is not the Vietnam veteran he was reported to be in most stories. On Tuesday the Washington Post offered a correction, noting that while Mr. Phillips served in the Marines from 1972 to 1976, he was “never deployed to Vietnam.”


there are few things uglier than a righteous leftist mob.

If you think for a second these kids won't be on the speaking circuit for the 2020 elections you are kidding yourself.
Politics of division stike again.

Congratulations. I don't know how anyone can stand to be associated with liberal #@@holes.


They should really be careful. The attorney representing many of the kids and their parent has issued a written warning to several media outlets and individuals they have 48 hours to retract cease and desist or they will be taken to court.

People start frantically searching ten years back in the schools history to see if they had students do something that can be perceived as wrong, such as wearing the wrong color body paint, in an effort to smear the kids that were attacked by the racist

But reverse the skin colors, and viola!

The magic of cultural Marxism!
edit on 23-1-2019 by Grambler because: (no reason given) 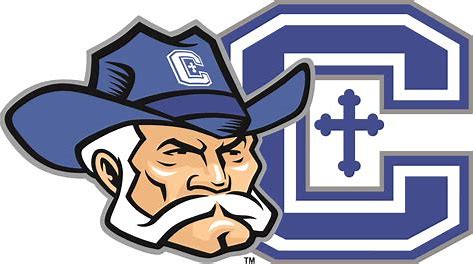 I think I read somewhere that Covington Catholic even has a black student!
edit on 23-1-2019 by Sookiechacha because: (no reason given)

I think I read somewhere that Covington Catholic even has a black student!

I love it when elitists attempt to post about athletics.
Next you will have a fit about "whiteouts" as well.
You exposing your intelligence, or lack there of, is delicious.

Well, I got got when searching, the top of the google page said black and white, and I included the link. In the link it does say blue and white, so I will edit that in OP.

Seems there have been a lot of editing of pages recently, and the main school page is down at the moment.

The colors are blue and white.

The colors are blue and white

There are white outs games as well with white paint

It was not racist

posted on Jan, 23 2019 @ 08:27 AM
link
It's like they are intentionally trying to goad someone into attacking one or all of these kids or the school itself.
Seems as if they won't be happy till there is bloodshed.
And when the attacker winds up a bullet riddled corpse, they'll call it " Right Wing Violence " .

You do understand the cool kid trend of this thing called "alternate uniforms"?
en.wikipedia.org...

As the "Covington Colonel" is outlined in black, an alternate black uniform would be agreeable with the logo; as would a "blackout night" with the students.

I'll assume the error on this one, maybe your theory is correct, I'm not sure.

Either way, as shooterbrody pointed out, they used an alternative color.... That alone does not mean they had malice as intent.

Schools use alternate jerseys/colors sometimes, it's not uncommon.

It is not surprising that some here continue with the attacks as even some of those in washington dc are still attacking these high school kids.
www.foxnews.com...


Freshman Rep. Ilhan Omar, D-Minn., is facing a social media backlash for going after Covington Catholic students anew Tuesday night, even after many in the media acknowledged initially misreporting on their widely viewed confrontation with a Native-American elder in Washington last week.

It is ok to lie about them as they are just catholic white males.