I'm not going to just go by my feeling and opinions, I think it is important to look at actions:

The black unemployment rate has fallen below 6 percent for the first time
www.vox.com...

"Trump believes in being tough on crime, but he is not enthralled by mass incarceration in which thousands, many of them black, are subjected to cruel conditions leading to recidivism. He promoted a bill that would improve all sorts of flaws in the system, prepare prisoners for a fruitful life when released and let 4,000 go, many of them ill and old. The bill passed the House 380 to 59 but the Senate has wanted sentencing reform, too, and guess what? Trump has said OK."

There are many more examples if people want to look for them.
Trump was once quoted as saying that Haiti is a #hole. I don't think that is racist to say that. Haiti could be filled with green people, it would still be a #hole!

edit on Mon Jan 21 2019 by DontTreadOnMe because: Mod Note: Do Not Evade the Automatic Censors

Also off topic, if I remember correctly you are one of those sneaky Asian woman correct?
Gotta keep an eye out for your type lol.(sarc)

Based on those links and stats, does it matter? 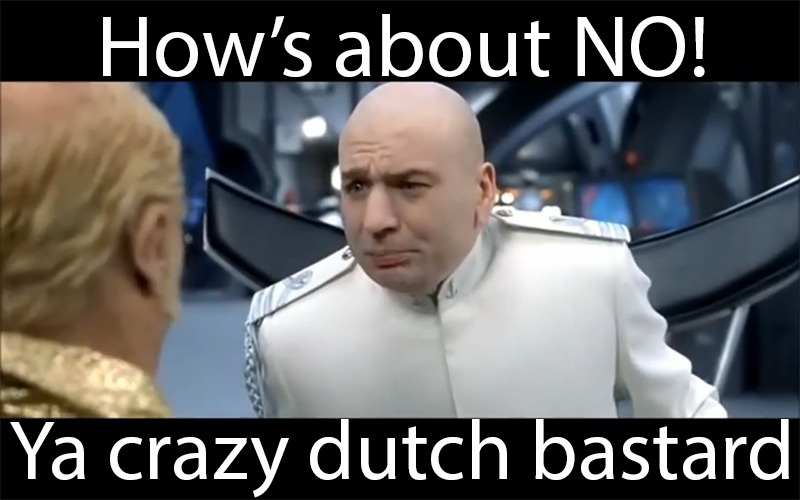 
NO he is not a racist.
YES Haiti is a #hole...especially post Clintons.
edit on Mon Jan 21 2019 by DontTreadOnMe because: Mod Note: Do Not Evade the Automatic Censors

(I'm only going to provide one example of how people point to certain things that prove he is racist, which are absolutely misconstrued, because the people taking a stance are either idiots...or robots)

He called a black woman a "dog". This clearly means he is racist, right?

People don't want to address the reality of racism.
It's much easier to poke fingers at others than to consider our own shortfalls.

Sure he is, I don't think he's hateful however.
It's also really hard to judge a 70yr old by today's standards, I'm sure he never sang about catching a "tiger" by the toe.

www.abovetopsecret.com...
I am the first to admit racism has been and is most certainly still a problem across all of the US with individuals and hate groups active on both sides of the divide. There is no debate that can refute that truth but is not the subject of this post. The subject here is the continuing proclamation that Donald Trump is guilty of being racist.

For 3 full years now, we have been seeing and hearing on a daily basis that Donald Trump is a racist. Racist, racist, racist, on and on for 3 full years. The problem here that I have is, for the life of me, I have not seen or even heard of one instance where this assertion can be irrefutably validated.

If there are any members here that believe this, I am challenging you to show us the proof. I haven't seen any to substantiate your claims and if he "IS" racist, prove it now or forever cease and desist slandering the man.

Edit: This may have been better suited for the mud pit but I' not particularly fond of uncivil discourse.
edit on 10-11-2018 by CharlesT because: (no reason given)


Edit#2: Page 2 and no serious takers so far. If you are out there, lets see proof.

So yeah probably quite a bit.

posted on Jan, 21 2019 @ 07:48 PM
link
Nope. At least not in the sense his opposition tries to paint him. However, much like his opposition, he does sometimes exploit or fan racist tendencies in others in order to try and achieve his aims. Which is even more deleterious than an individual's natural biases and needs to stop because it will eventually crescendo in violence and death.

originally posted by: vonclod
Isn't everyone?..to some degree, be it ever so slight. I dunno anymore, the word has been/is being overused to the point of losing it's meaning.

Not everyone is racist but we are all prejudice.

Although another poster tried to make the point that racism is subject to personal interpretation, the definition is clear and defined as to what it actually is. There is no ambiguity in the definition of the meaning.

I read your link and I have to say I saw nothing in that article that would meet the true definition of racism. I do agree that trump can be offensively crude and blunt in his rebuttals of the continuous assault he is under from multiple sources toward individuals that criticize him but his personal insulting comments toward do not constitute racism in my opinion. As far as Maxine Waters is concerned, I'd say his comment was spot on. There a few others in congress I would include that meets the same criteria as her but race has nothing to do with it. I don't know Lebron James IQ. Maybe trump is right about him as well. Personally, I don't have much regard for sports figures as well. They usually get where they are via athletic ability rather than brain power.

I do appreciate your post because you have come the closest to answering my original question with actual perceived evidence. I star and flag you for that.

Is it definitive proof? As the previous poster stated, it's the perceptions of the individual but I do have reservations about your link meeting the requirements of definitive proof.

Thanks for the reply. S&F

Edit: As far as I'm concerned,Chuck Schumer is a moron.

I mean really, he probably made you stub your toe this morning, and if you didn't ... well, it was only because some democrat saved you.