Will Scotland leave the UK after Brexit and be governed by Brussels? 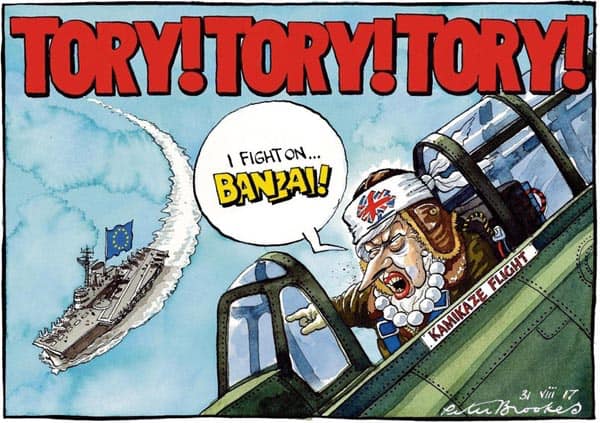 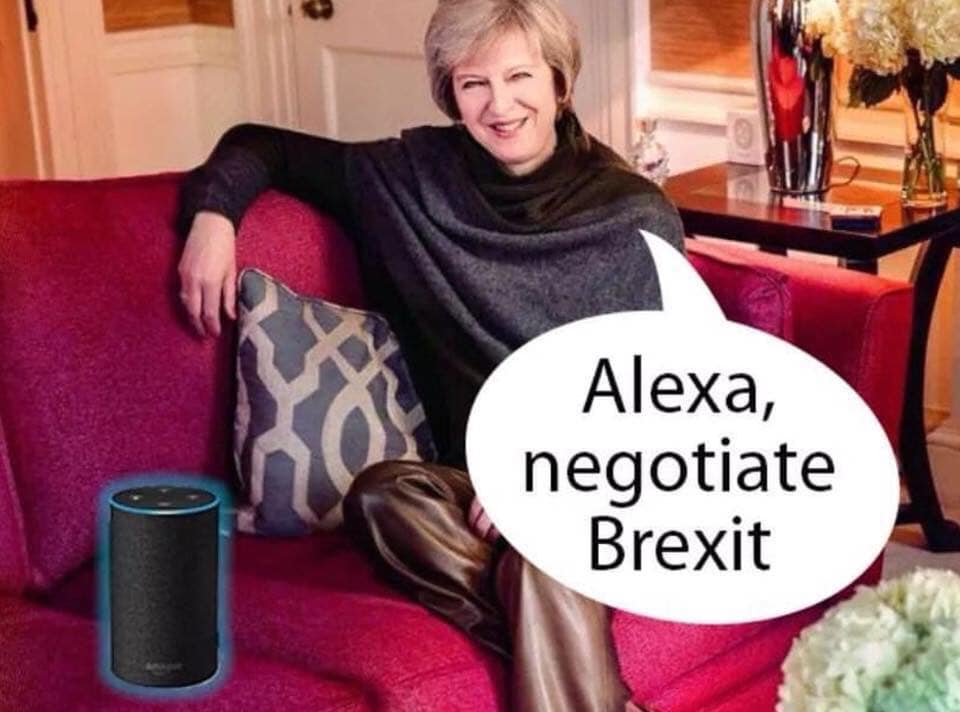 originally posted by: sapien82
Big sturgeon at it again !

That's a load of wind and pish, considering there's at least 4 of us on the same page here it seems there's a flaw in your (lack of) logic...

I'm of the Clark's which wasn't really a Clan but a subsidiary of MacPherson. And cheers but I'm not interested in dating ha ha

posted on Jan, 31 2019 @ 02:49 AM
link
A few changes since I last visited this thread. Former Scottish First Minister Alex Salmond has been arrested & charged with some very serious offences. The SNP are in turmoil from top to bottom. A couple of genuinely piss poor performances in the Commons from their leader there. The SNP are having a very hard time on social media “up here”, so’s one particularly hapless Green MSP who made some derogatory remarks about Winston Churchill. And if you believe the spin, there may now be a path for a negotiated Brexit which can command a majority at Westminster, assuming there’s a bit of give and take by/with the EU.

Good news (?) ... there’s been a major discovery of gas 118 miles east of Aberdeen, 250 million barrels of oil equivalent, still more to be identified. So plenty life left in the North Sea yet.

I don’t think the last week has been too promising for those who want another Scottish independence referendum. Perhaps the OP will come along soon to share his unique insight.

Round 'em up, put 'em in a field and bomb the bastards!

Sadly I agree with you, May has said she won't grant permission if it was asked, like it or not we're stuck Brexiting with the rest of the once great nation, May doesn't have any carda left to play, she has all the bargaining prowess of a lump of charcoal and as aa result we will suffer. The Torys are in turmoil, Labour are in turmoil, now it seems the SNP are in turmoil, the Lib Dems will likely never be trusted again, the Greens are just too small and there's nobody else worth speaking about. If there was ever a time for political reform it's now while nobody has any real trust in tbe political establishment...

I honestly didnt even see the date hahaha

ok but isnt it still relevant that if May triggers article 50 scotland will still trigger their article 30 and invoke the indy 2 public ref . So no matter what it still has to happen ?

originally posted by: Zanti Misfit
a reply to: CornishCeltGuy

When 3 or more Scots get together to make a Grave Decision , rest assured 2 Will be Against the Right one Out of Spite ........(

Naw , we are all in agreement your talkin pish !

posted on Jan, 31 2019 @ 04:08 AM
link
In light of all the things remainer Scots hate about Brexit, I have some questions.
Would the referendum be 50 percent plus one?
Or will it require 50 percent+ of all Scots to be in favour? A minimum turn out.

Will Scots living in England get a vote?
Will it be ok, if the vote carries, for MSPs to try and water down independence with talk about how referenda are rubbish and insist on some deal tying Scotland to the Union still?

Finally, won't you feel a bit cheated to get independence only to give away sovereignty to Brussels?

Take a lot of Bucky to sort out that mess haha

originally posted by: sapien82
a reply to: djz3ro

I honestly didnt even see the date hahaha

ok but isnt it still relevant that if May triggers article 50 scotland will still trigger their article 30 and invoke the indy 2 public ref . So no matter what it still has to happen ?

I really hope so but Westmonster are planning to stripping back the devolved powers of Scotland, N.Ireland and Wales so I can see them kaiboshing our next Indy Ref, I really hope not, but it seems ever more likely. It's sink or swim with the rest of the UK I fear, as opposed to soaring like we could if we could leave...

originally posted by: SprocketUK
won't you feel a bit cheated to get independence only to give away sovereignty to Brussels?


out of the frying pan and into the fire!

posted on Jan, 31 2019 @ 05:14 AM
link
I was under the impression we can have as many refs as we like as they are only an indicator of public opinion and then parliament take that into consideration if the majority want it then parliament have to go through the legal process to make it binding and ratify it ?

So if the government could orchestrate and carry it out they could have a referendum every month really if that is what the public wanted and the government wanted to carry out
its not legally binding just an indicator of the will of the electorate.

Would it be considered a better democracy if we just had one and never again ? its not a really good representation of the country when people change their minds like the wind !

Would it not be more democratic if you consulted the electorate at nearly every chance you get since its the people who vote and pay taxes .

It would be a required greater than 50% turn out for the electorate and it would need to be a clear majority , the indyref 2 won by 10 votes in parliament , so ten votes is good enough for them its good enough for us !

but im sure they will tighten the rules surrounding the vote , just to put pressure on !
I think scots all over the world should be allowed to vote but in reality its not entirely fair since they no longer contribute to our society
as for those in England , well they too should get a vote as they pay into our united kingdom .

Just out of curiosity , say the rest of UK had the vote, how would they vote on Scotland leaving or staying
you think you'd all vote for us to leave and let us go be freeeeee weeeeee
or would ye all vote for us to go down with the ship ?

I really hope so but Westmonster are planning to stripping back the devolved powers of Scotland, N.Ireland and Wales so I can see them kaiboshing our next Indy Ref, I really hope not, but it seems ever more likely. It's sink or swim with the rest of the UK I fear, as opposed to soaring like we could if we could leave...

So why did your fellow Scots vote to stay in the Union, then, if it is that clear cut?
edit on 31-1-2019 by oldcarpy because: (no reason given)