In 2008, according to FBI gang investigator Jennifer Simon, 1 to 2% of the U.S. military belonged to gangs, which is 50 to 100 times the rate in the general population.[1] According to the Federal Bureau of Investigation's 2011 National Gang Threat Assessment, the NGIC identified members of more than 53 gangs who served in the military.[2] U.S. gangs have sometimes encouraged their members to join the military in order to learn warfare techniques.[3]

U.S. gang-related graffiti has shown up in Iraq since the beginning of the Iraq War in 2003. Among the largest American street gangs represented in Iraq are the Gangster Disciples, Crips, Bloods, 18th Street, Norteños, Black Disciples, Sureños, Latin Kings, TAP Boyz, Tiny Rascal Gang, Vice Lords, and Black P. Stones, which originated in some of America's most violent and impoverished neighborhoods.[20][21] There are also reports of Black Power, African Nations, Aryan Nations, Aryan Brotherhood and Ku Klux Klan gang graffiti in Iraq.[22]

He's an American. All I need to know.

What enemy was it, that you think that you were defending everyone against and protecting ...


911 seemed to have created a bandwagon for eager defenders to go invade and kill anyone and everyone who might have been involved, other than the real one's who orchestrated it all and all the wars and invasions, that you and others participating in occupying and regime change...name the country that attacked the USA?

We were punch-drunk after over 3,000 of our fellow Americans were murdered in cold blood by perpetrators who still haven't faced a US court room. That doesn't make the reason we did it any less valid or necessary

Hey trust me I have no doubt we have a serious gang problem here. Some of the most brutal and vicious gangs in the world. But our people are tougher and can be more brutal if given no other choice.

Backing down in the face of that level of violence only encourages future and more violent acts
edit on 1/21/2019 by JBurns because: (no reason given)

Fallujah is a good example of punch drunk excuse to use..

The problem with many Immigrants as of late, is they are refugees that were unwilling to serve and die for their previous countries.

Easy to see why: who wants to put their life on the line for a failed state or tin-pot dictatorship?

Point being, military is where they get their training... backing down is one thing, giving them a gun and permit to go kill...is another.

originally posted by: soundguy
The problem with many Immigrants as of late, is they are refugees that were unwilling to serve and die for their previous countries. I don’t expect them to be there for me, or you, for that matter. Just not patriotic sorts.

Then we sure as hell don't need them, do we?

How far back you gonna go??

Many of the tribes in North America came from other places in North or Central America... Go back far enough, and every single one came from outside the Americas...

not unless draft is back and everyone goes south and north and need more troops to send in to do the dirty deeds...

Costa Rica does not have an army, so OP might not have been able to join up under some dictator regime..like somosa or pinochet...

Cuba has Gitmo, wonder if OP got to do any water boarding there or goes back and also why he left in the first place?

posted on Jan, 21 2019 @ 05:29 PM
link
a reply to: seagull
Well not sure how many people were murdered and land stolen from them and put on a reservation....think they should have some entitlements 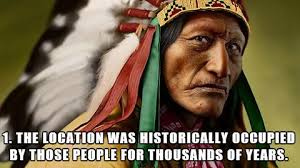 The genocide started at least as far back as the 1500's, though any ill gotten land grabs...think should be considered for reclamation...not to mention all the gold looted. 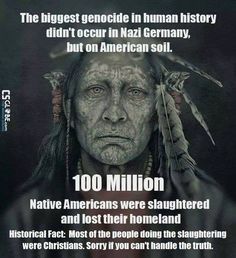 if the territory is not in dispute in the last 200 or so years and stolen from anyone...think everyone should be allowed to stay...

Not sure what part that would be...like stealing Iraq,..

be nice to have a united america, both north and south, what happen to utopia?
edit on 21-1-2019 by dojozen because: (no reason given)

originally posted by: dojozen
sounds like they got the right person, just not sure the wall is going to stop the killings,.. 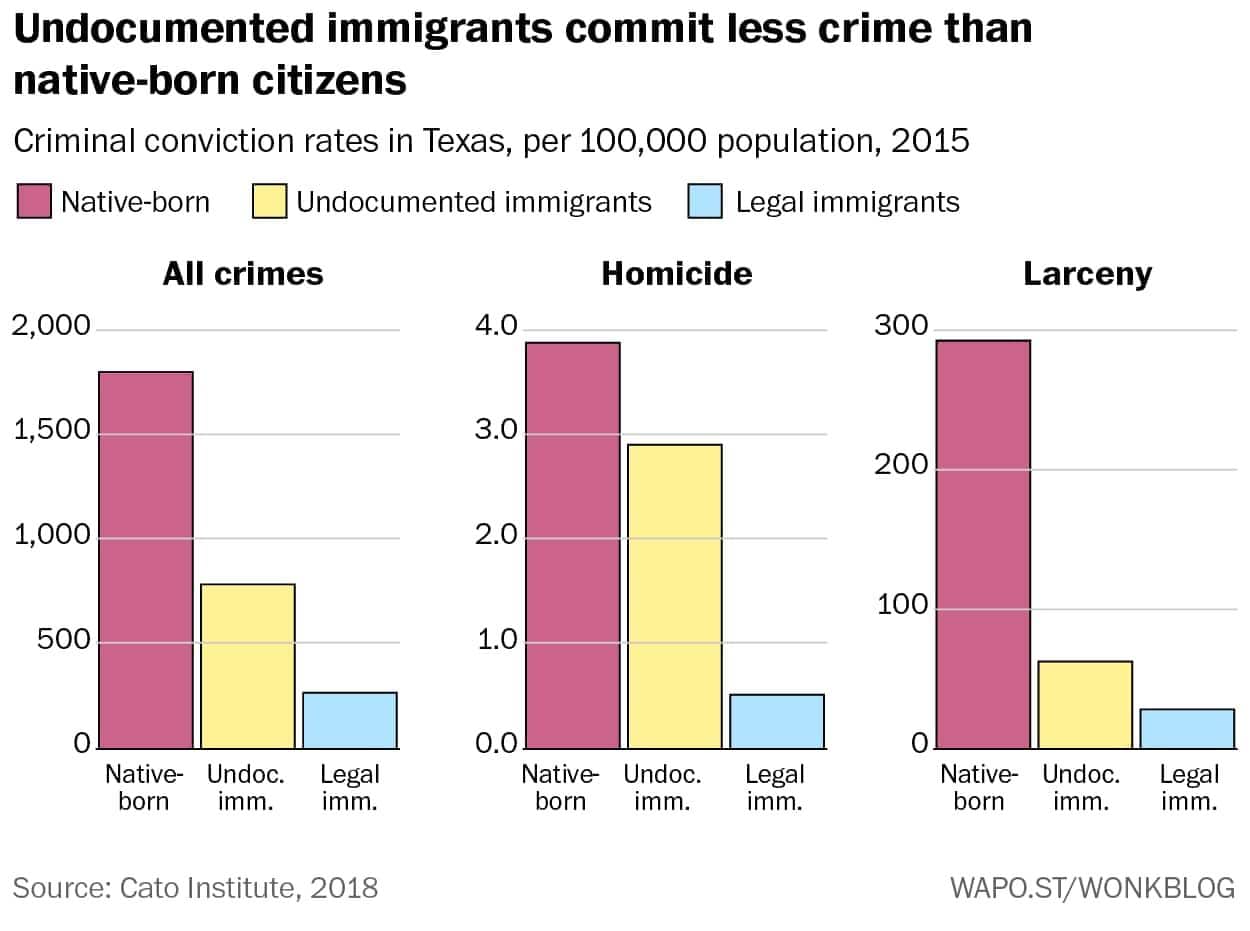 
Those statistics ignore that every single illegal immigrant is in fact a criminal.

What's the bug up your ass over the US military about?

Some jar head stole his girlfriend.

You know, if you're going to do history, make sure you take everything into your account--other wise it'll look just a tad bit biased.

North Americans tribes, with few exceptions, actually none that i can think of, were warlike, going to war with each other on a very regular basis. Raiding. Slave taking. All were common place. Read some accounts from the times.

Ah. Well, nothing says "I'm over her now" more than talking smack and lashing out from behind the security of internet anonymity, ya?

No facts have really been refuted. It's just post after post of native American memes more than likely written by white liberals.

He's doing everything he can to ensure that his trolling distracts from the topic; the fact that an illegal is once again at the heart of a murder story in a region that supports sanctuary policies for illegals.

Allow me to drop a pipe bomb into some stagnant, reeking water, then.

The Indians were only in this country before Europeans because they had reservations.

Let's see if he has a meme to counter that little piece of information.
edit on 21-1-2019 by burdman30ott6 because: (no reason given)

Not saying the military does some good, sometimes...though name an occupation or operation, you think is worth mentioning, that suggest that majority, if not all the missions in the last the say 60 years or so, since Vietnam, have been more of an offensive attack, not defense.

Think the reputation is the US military is a brutal killing machine... 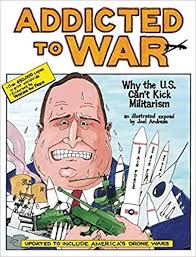