originally posted by: soundguy
Uh yes I do. maybe you should spend a few moments educating yourself. Then you might (cough) be able to discuss it intelligently. a reply to: network dude

A far from liberal source.www.cato.org...

When will you start with the intelligence?
Asking for a friend.

posted on Jan, 21 2019 @ 03:50 PM
link
Have ever known a rwnj to think ANYTHING through? They just follow their emotions and those who manipulate said emotions. Face it, they aren’t deep thinkers. a reply to: dojozen

oh, looks like we got a vet who is triggered now.

posted on Jan, 21 2019 @ 03:53 PM
link
a reply to: soundguy
Typically found on some forums, not like need to qualify to get a voice, thankfully, though typically if they cannot admit that 911 was a sham and served in the armed services...it explains a few common things, that need to be noted....as there are a few common denominators that with the correct numerators is the perfect fraction of reasoning and logic.
edit on 21-1-2019 by dojozen because: (no reason given)

My friend, you've served this country. America is YOUR country, YOUR nation, and anyone who has read your posts on ATS can also see YOUR pride on fully display. If the majority of immigrants into this country were of your caliber, we wouldn't need that Wall...


a reply to: Muninn

Not sure would condone the process, if getting in, entails having to serve and/or kill some folks...

The paradox with how that works...takes a moment to reason with...logically.

How much was the pay, the other benefits, and did they give him a dirty job like drone attacks where lot of civilians were killed and babies and children... and people with brooms were shot.

Not a bad idea you have there. Mandatory military service for all immigrants. I like the way you think, man.

Does it matter? Do you have to be to empathize with the situation...what if was native American and lived on the rez...?

Would have to drop some bombs or kill some people in the service to be considered a real American and get papers like OP might have had to do or chose to do?

how many people have you killed or is it more than can count or know...since you got those bombs and they got brooms....guess it was more than most can fathom. 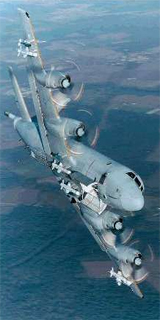 posted on Jan, 21 2019 @ 04:24 PM
link
One of the hallmarks of a liberal is they disregard the victims and focus on the perpetrator.

So they protest the death penalty, but not the murders that landed the perpetrator on death row. They wail over the rights of the accused, but are silent on the suffering of the victims.

They worry that the wall will impact the environment, but could care less about some rancher's pasture strewn with syringes, feminine products, faeces and empty food containers


It's all about the criminal.


Naturalization Through Military Service. If you are serving or have served in the U.S. armed forces and are interested in becoming a U.S. citizen, you may be eligible to apply for naturalization under special provisions of the Immigration and Nationality Act (INA).

Yea, I think I made my point.
Many of us here put their lives on the line to protect this country and the people that live in it.
We listen to people with unvested interest disrespecting it.

It's a good strategy. If you want citizenship in a nation enough to risk your life to defend it, then you're already head and shoulders above many of the "citizens" who'd rather sit on their asses whining about how evil the country is. I'd gladly trade all "American" whining pissants for a single handful of high character, quality immigrants.

I am an immigrant. I was born in Costa Rica to Cuban refugees. We came here legally after a 10 year wait.

And yet somehow you have no problem making the distinction between legal & productive immigration and illegal immigration where we don't know who any of these folks may or may not be. I guess the key point of their identity politics is making some Americans believe they are something other than Americans, in order to stir up outrage and coral Dem votes

Of course what they won't tell you is only the left thinks that way. "Real Americans" know a real American is simply the Americans who share our cultural values and participate in our system of society. But at the same time, law and order can only take so much Flak before it gets holes and sinks and sadly that is what we are seeing now. Every day it seems like another another example where the rule of law is nothing but a bad joke on us pops up

The left wants so bad to make this an issue of race, nationality or some type of discrimination. But in reality, they are themselves the bigoted ones. By implying that legal American immigrants are loyal to anyone but America/other Americans/America's Constitution they are implying these folks are less than American and it simply isn't true. It is the left's intentional continued conflating of legal and illegal immigration that I think burns a lot of our asses

posted on Jan, 21 2019 @ 04:34 PM
link
a reply to: charlyv
Explain to us the threat...specifically...if there was one in particular, that you feel was more justified than the rest or if they are all equal...

For example Iraq or Afghanistan be two that come to mind, that was not a threat and was initiated under false pretenses...

now if Vietnam is one and was drafted, that is another story.

It's a good strategy. If you want citizenship in a nation enough to risk your life to defend it, then you're already head and shoulders above many of the "citizens" who'd rather sit on their asses whining about how evil the country is. I'd gladly trade all "American" whining pissants for a single handful of high character, quality immigrants.

Any day of the damned week.

posted on Jan, 21 2019 @ 04:41 PM
link
The problem with many Immigrants as of late, is they are refugees that were unwilling to serve and die for their previous countries. I don’t expect them to be there for me, or you, for that matter. Just not patriotic sorts.


If OP was asked to invade Costa Rica or Cuba and kill people,...do you think he would do it?

Sure others would, and not blink an eye, even though there is not enough defense in all of latin america to prevent a massacre...

What enemy was it, that you think that you were defending everyone against and protecting ...


911 seemed to have created a bandwagon for eager defenders to go invade and kill anyone and everyone who might have been involved, other than the real one's who orchestrated it all and all the wars and invasions, that you and others participating in occupying and regime change...name the country that attacked the USA?

Do you know for a fact that this guy came across the border in the desert to get in?

Or did he over stay a visa?

Or get in some other way.

Is there any evidence of where this person actually crossed into our country?
edit on 21-1-2019 by scraedtosleep because: (no reason given)