posted on Jan, 21 2019 @ 10:03 AM
link
So, this fellow hurts his back carrying something heavy. He doesn't consult a doctor. He decides to inject himself with his own semen to treat his chronic back pain. It doesn't work.

Where did he get this idea? Scientists have injected rats and mice (ugh) with semen, but there are no reported cases of this being done with human subjects.

Why inject it into an artery? Couldn't he have concocted an easier method of absorption? Sub-lingual? Trans-dermal? Intra-Anal?

This reminds me of another "odd" treatment that is "legitimate":
Mother and toddler had relatives' poop transplanted into their bodies to cure deadly infection 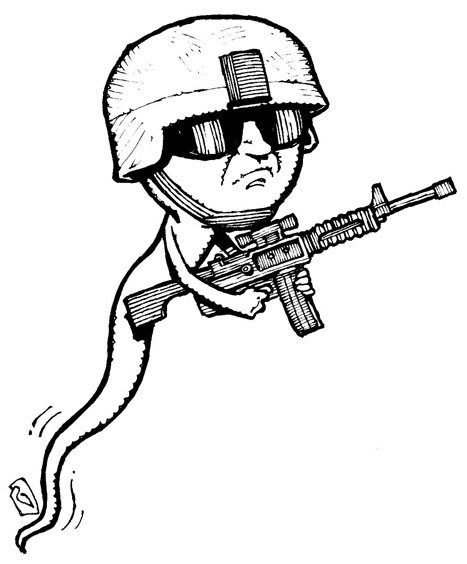 Source Article Title (I edited the title due to character limit):
A man's unusual treatment for his chronic back pain: Injecting himself with his own semen every month
INFORUM SOURCE


A 33-year-old man who had been suffering from back pain decided to treat himself by resorting to an unusual remedy not supported by scientific research: he injected himself with a dose of his own semen every month for a year and a half. The "alternative therapy" baffled doctors at Tallaght University Hospital in Dublin, where the man showed up recently with severe back pain and a swollen arm, according to a case report published this month in the Irish Medical Journal. "This is the first reported case of semen injection for use as a medical treatment," the doctors wrote in the report they titled, "'Semenly' Harmless Back Pain: An Unusual Presentation of a Subcutaneous Abscess." The unnamed man used his semen "as an innovative method" to treat his chronic back pain, a decision he made without any medical advice, the report says. He bought a hypodermic needle online and injected himself with a monthly dose of his semen for 18 months. The method does not appear to have worked.

posted on Jan, 21 2019 @ 10:08 AM
link
This is why doctors spend so many years studying in a university before they treat people.
If it involves a syringe and my body, it is done by a qualified healthcare professional.

Your thread strangely reminds me of the following Monty Python skit:

I would imagine that he has a double digit IQ and one of his "friends" suggested it.

It would be comical if it wasn't so immoral.

That or definitely a YouTube video because random bro from Arkansas knows more then one of them fancy new fangled doctor types.

The rest is history...

posted on Jan, 21 2019 @ 10:33 AM
link
"Momma always said , stupid is as stupid does." - Forrest Gump
"Hold my beer. Hey y'all watch this..."
Amazing , just freakin amazing
Reminds me of that doctor in Atlanta(?) filling customer's rumps with concrete for enhancement.

And you're not lying.

I was going to joke that sometime in the future someone will do this with crap to cure cancer but erm...

Why inject it into an artery? Couldn't he have concocted an easier method of absorption?


Anyone with piles fancy giving this a try and letting us know how you get on?

I tell mine the same thing, she said I'm lying. I reply "Look how great your sister is always feeling".


originally posted by: notsure1
I tell my wife its the cure for everything..

I tell mine the same thing, she said I'm lying. I reply "Look how great your sister is always feeling".

'The method does not appear to have worked'

18 needles, finishing in a cup and collecting it, and then he makes an announcement?
lmfao.

when i do something stupid, and i do tons of stupidity, the last thing i ever want anyone to know is about it.

I did hear yesterday of selling used Kleenex boxes where sick folks used them 1st. Supposedly to increase the antibodies...

I don't think so!

Maybe it did work


originally posted by: notsure1
I tell my wife its the cure for everything..

Penisillin, it works wonders for all that ails us.

I found some interesting uses of semen that were new to me (I only could think of about 2 dozen of my own remedies) on the Medical Daily Website:

In sperm, a crystalline polyamine compound called Spermine can be found. This particular compound is also known as an antioxidant. It is believed to diminish wrinkles, smooth skin and help with taming or preventing acne. Bioforskning, a Norwegian company, has synthesized the compounds into a facial cream. According to Bioforskning, the cream Spermine is 30 times more effective than vitamin E and can delay the aging process by 20 percent. However, nature's most natural facial cream can cost you a whopping $250.


Not only can sperm provide healthy skin, but also it can be used as an anti-depressant. In a recent study, researchers demonstrated that women who were directly exposed to semen were less likely to be depressed. The study stated mood-altering hormones that are present in semen can be absorbed through the vagina. Some of these mood-altering chemicals include, but are not limited to prolactin, a natural anti-depressant; oxytocin, which assist in enhancing one's mood and serotonin, a widely known antidepressant neurotransmitter.


When it comes to cooking, although semen may be the farthest thing from your mind, according to "Natural Harvest-A Collection of Semen-Based Recipes," semen is very nutritious. The cook book advertises semen as an "inexpensive" ingredient that can give any food an "interesting twist."


Lastly, if by any chance you are in dire need of invisible ink, semen may suffice. During World War I, the British Intelligence Service discovered semen can act as invisible ink. Unlike other chemicals used, semen did not react to means of detection such as iodine vapor. 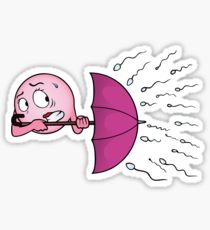