anti-wall rhetoric should be raising some serious concerns and questions


originally posted by: dojozen
a reply to: generik

Trust me... If there ever comes a time where people can't "Escape" the USA, there will be no other "safe" place to run to.

We don't have the 2nd amendment to run away....

Let us think for a second shall we.

So let's say the wall is built with good intentions.
Then someone comes into power with bad intentions and removes that 2nd amendment.
So now a wall is in place and your guns are gone......
Think about that dude.

That's if you live under the delusion that people would peacefully disarm. You wanna see a real movement in this country? Go after the 2nd...

originally posted by: underwerks
I think what’s more troubling is that the supporters of the wall claim to be small government types, but by supporting the wall they are inadvertently supporting the government confiscating the land of private citizens.

But hey, who cares about the government taking private citizens land as long as it’s Donald Trump doing it?

Yea, who wants to live like Israel and Palestine also, with a walls everywhere, next will be like the show " the Colony" and will be a wall in Los Angeles or was that just some conditioning for a wall and an Alien invasion.

Though back to modern warfare and drone and robotics that might be expected in a WW3 event, with Russia, China and NK theoretically ganging up on the USA and they need a wall to keep everyone in, as Mexico can see being neutral to large extent and not wanting a mass exodus into it or even the rest of South and Central America...after the wall presumably was put up to keep them all out...

Yes, or maybe like Vietnam though instead of human soldiers...robotic and drone armies programmed for the missions.

Yea, that wall is going to come in real handy...if there is such a thing as karma.

Trust me, when it is give up your guns or face 10 years or more in prison and you have 30 days to do it, ever becomes a law...there will be reason for many to want to get out of dodge and the wall is going to be stopping majority from going south, as intended....dual purpose.

Civil war was just a few years ago...economic collapse, just so many reasons to not want to have the wall, if a real situation ever evolves and is a justified reason for fleeing south or risk of being killed or enslaved or drafted even, for those who are not into killing for hire.
edit on 20-1-2019 by dojozen because: (no reason given)

Build a wall on the U.S.A. Northern border, too!
And make the Mexicans pay for it!

I mean sure theoretically if aliens attack it's shooting fish in a barrel. Could be also bad if a Zombie virus outbreak happens. One has to consider those as real possibilities, we're on ATS...
But besides that, there is no real argument against it.


Come at me Leftys.

originally posted by: dojozen
a reply to: generik 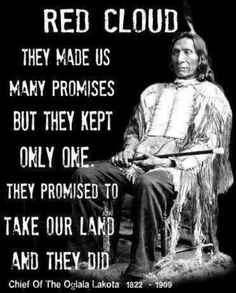 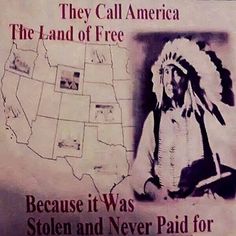 America wasn't stolen from anyone. It was won by the Europeans after 300 years of war and bloodshed.

In no way was it stolen from anyone. It was paid for with the deaths and rapes of innocent farmers and settlers and untold numbers of soldiers dying.

Stop spreading that left wing garbage and educate yourself on what really happened you liar.

originally posted by: Carcharadon
Anyone against the wall is:


Come at me Leftys.


WOW dude
Pull your head out from your bum bum
I don't want a wall to keep me in.
Being that your are a part of the ATS community you should be able to see that.
I guess being naive is your norm.


originally posted by: dojozen
a reply to: generik


Maybe you should brush up on history, because you don't seem to understand how the Trojan Horse worked.

Judging by those memes I'm guessing that poster has a very tenuous grasp of history.

It will cut down on illegal crossings even though most illegal immigrants come legally and overstay it will still reduce the problem.

It will probably take decades to recoup the cost an will cause other problems but so be it.

Raise taxes and everyone goes bezerkers and on strike and then government crackdown smackdown and stfu or else....

That would be some regulating the masses...saying turn em in or else...sure part of the plan also. 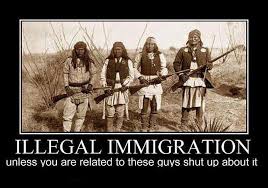 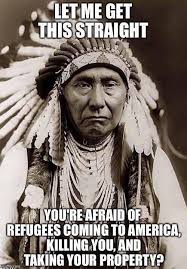 so, you are saying will never be a reason for a mass exodus south and the wall would and will not be a hindrance? 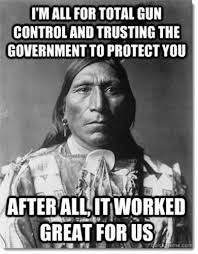 look at how much the USA spends in their defense budget...the wall is not even a drop in the bucket...
money has nothing to do with it, it could be free and would not change a thing. 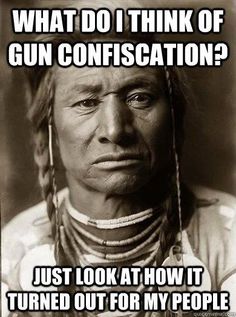 The wall on Canada's Northern coast up in the Arctic would be a literal wall of ICE!
edit on 20-1-2019 by CanadianMason because: (no reason given)

Had Obama or Hillary wanted this wall people would be crying about the NWO commy gulags, yet when their crush wants a wall they praise it as "security"

The wall on Canada's Northern coast up in the Arctic would be a literal wall of ICE!

originally posted by: drewlander
a reply to: generik

This is a very legitimate point you make, on what is really driving anti-wall rhetoric. I read an article yesterday where the author says walls are "historically ineffective". Then i reach the end and find the author is an immigration law attorney. Everyone for the wall has an agenda; Protecting national sovereignty. Not everyone against a wall has an agenda. Some are only acting in response as it aligns with their political identity. The ones who do have an agenda however, you can be sure of one thing -- money is involved. On the conservative side the money is in the form of long term savings thrown on the backs of middlle class Americans. On the liberal side it is a selfish and personal gain.

oh yes, i just love the walls don't work shot. when even walls they specifically mention such as the great wall of China and Hadrian's wall, apparently worked for even hundreds of years. until they were not properly manned and/or kept up. after all if you don't take care of things properly, and use them properly, they don't do the job, and tend to break. i actually live near a walled city/fortress. one that was built in the 1570's and well over 400 years later those walls were still rather effective at keeping the US forces out with their modern military equipment for about two months and relied heavily on bombing and artillery almost completely destroying the city to finally root out the Japanese defenders. or the fact that siege warfare was a very real and problematic proposition. even into the Napoleonic wars, walls made a huge difference against armies. and in all these cases we are talking about keeping out armed and equipped military, not just people trying to illegally sneak into a country. but no walls don't work. the fact is that walls were actually historically VERY effective.

The border "crisis" is manufactured by trump.

Well,,,, I don't know about that so much, more, he has just usurped an old conservative symbol of protectionism. He could give a rat's ass about a wall himself and why would he. This wall will not in any way effect his life other than that his dwindling base is rabid about it and might abandon him if he does not deliver on that promise.

While his base considers his support for the wall as fulfillment of his campaign pledge, it is really just a carrot hung on a stick over the heads of that fan base.

But now as I re-read your post I think I do agree. The ''crisis'' is his doing. He has taken an ill-thought out symbol of safety and turned it into a weapon against all those who know how fruitless it would be. Standard practice for despotic type bosses.

Not that I think that the two that seem to have taken the mantle of liberal concerns, Pelosi and Schumer, are much better. The two of them seem inept at offering anything other than more of the same bull headedness only from the other side. That fact that those two idiots allowed themselves to be seen in that cramped hallway behind that one small podium last week offing a rebuttal stinks to high heaven. Either their plan was to look stupid or at least were stupid enough to allow it to happen.

posted on Jan, 20 2019 @ 02:14 PM
link
The go to answer for why would the Democrats not want the wall or to use modern security techniques seems to be to inflate their voting base. But it must be more than that, money has to be involved somehow.

Kickbacks from illegal activities including hiring cheap illegal labor along with the drugs and human trafficking seems a most likely reason. They could make it easier to get work visas, but that would drive up the cost of cheap migrant labor. The drug laws could change, but that would only make it easier on the domestic drug trade. The same might be said for legalizing prostitution, that it would only benefit the local black market network.

My guess is that it is somehow more profitable for those not supporting a tighter southern border to keep things as they are. Those who are against a secure border are taking that position because they somehow make a lot of money by keeping it as open as possible.