Eruption of volcano in Costa Rica acidifies rivers, killing hundreds of fish and a caiman

On Thursday an explosion occurred on Rincon de la Vieja Volcano in Costa Rica. The water from the acidic lake was ejected and ended up in numbers of different streams, turning their water grey and killing the fish living inside. Even a dead Caiman was found.
After the eruption of Rincon de la Vieja volcano, the water in several rivers turned grey.

At around 7 am, residents of Gavilán and Buenos Aires of Upala reported a grayish color in the Pénjamo, Azul and Quebrada Azufrada rivers. Around 7:35 am in Burma of Upala, residents reported how little by little the color of the Niño River (located 15 km from the volcano) warmed up, changed to gray all that accompanied by a sulfur smell.
...

The volcanic explosion of the Rincon de la Vieja Volcano in Costa Rica, release the acidic water from the lake and ended up in many streams and rivers.

The change in ph turning the water in the streams and rivers acidic killed fish, and even caiman. 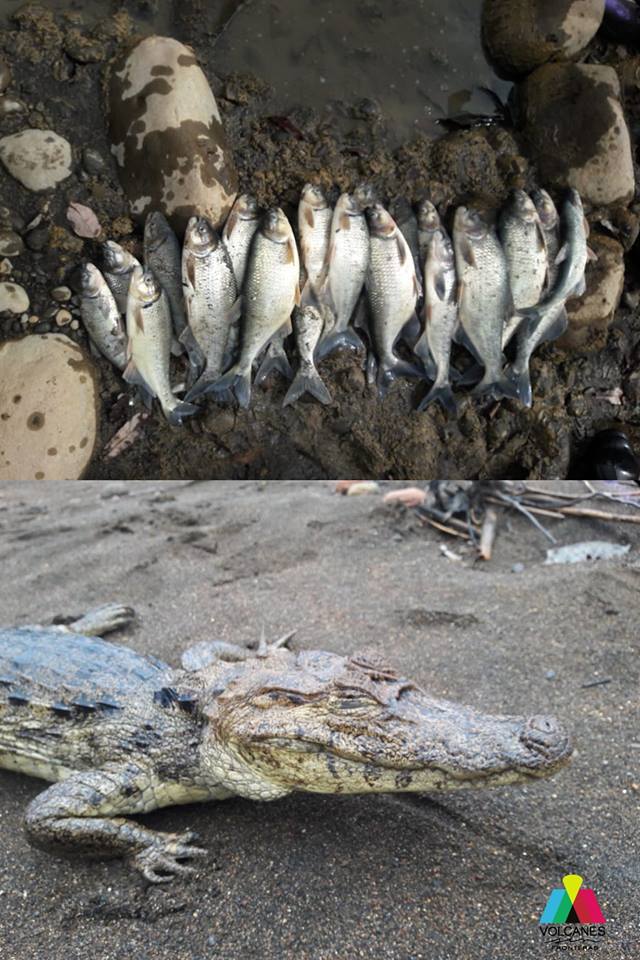 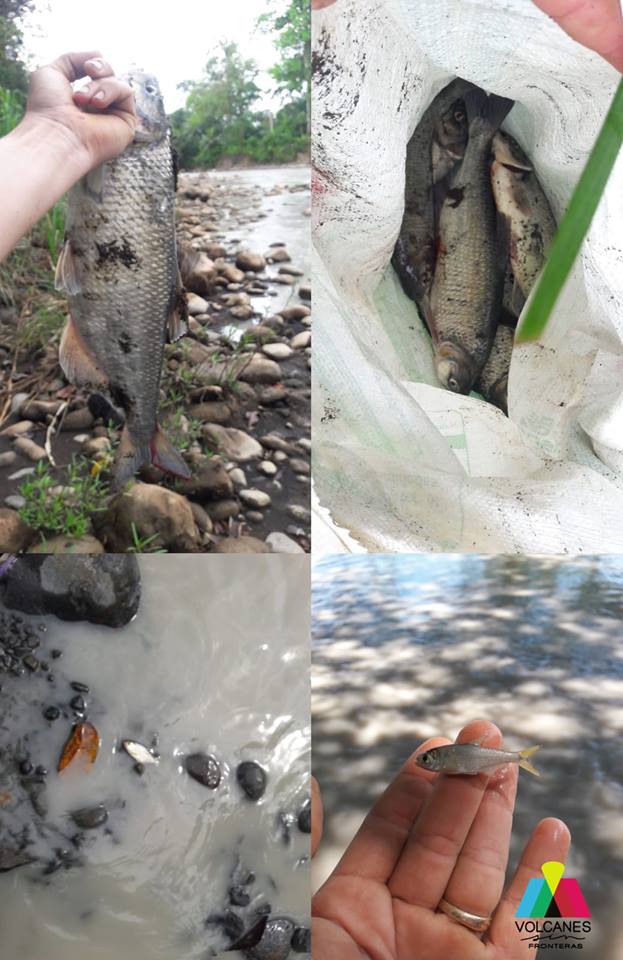 This type of activity causing rivers, and even areas of our oceans and seas, to turn acidic happens more frequently than people realize.

I still remember some years back there were threads about "the oceans turning acidic" and in those threads only mankind was being blamed." One of those areas mentioned in those articles included the area near the Canary islands. But when searching further there had been recent underwater volcanic activity which was the cause for the change in ph to acidic of that area of the ocean. And that wasn't the only area that experienced underwater volcanic activity which turned those areas acidic.

There is an estimation that there are millions of underwater volcanoes all over the world, compared to the 150-155 volcanoes on land.

Anyways, it's a shame that catastrophic natural events like this happen, but it does.


edit on 19-1-2019 by ElectricUniverse because: add and correct comment.

I guess this lake got lucky. A bag of fish and a caiman doesn't seem like too much fallout. None the less this is a microcosm worth study because it does seem to effect the wildlife drastically, but it's clearly a built in system, so I don't think there is any cause for concern.

Earth spits out an ENORMOUS amount of her own "junk" each year. Our outputs pale in comparison really. Hydrothermal vents ALONE are triple the output of C02 to humans. It Starts With A Bang

It seems like this is just maybe the way things are supposed to be. Because if she's doing most of the work then I think we are just along for the ride.

Have you read "The Swarm? Anybody interested in oceans and its deep effect on the world should check it out.

It wasn't just a bag of fish. Just because in those photos you only see a few fish it doesn't mean that was the only damage.

The acidic waters reached and affected 15 to 18 kilometers of rivers and streams. That would kill more fish than just a bag of them.

There have been other eruptions in that volcano that caused more devastation such as in 1995, in which 45 kilometers of rivers and streams were affected.

BTW, these drastic eruptions started occurring since 1995. At least that's what the narrator says in the following video, which is in Spanish. It wasn't Gino who said this, but the narrator says scientists have stated that since 1995 at least 3 times a year something like this happens. The ph of the affected streams and rivers could have lowered to less than 3 in this current event. The narrator also says that experts will soon, in February, get together to see what to expect in the near future.

edit on 19-1-2019 by ElectricUniverse because: add and correct comment.

posted on Jan, 19 2019 @ 08:06 PM
link
Has the EPA been notified about this? I'm guessing the volcano violated a whole bunch of laws. Queue the lawsuits to set this right.

Add some chili peppers, chopped onions, cilantro and sprinkle with a little salt and you got some bona fide volcano ceviche there.