VR will be the New Social Media


Yah.. on many levels.
One was how much more colourful and casino-like it was.

originally posted by: ItsEvolutionBaby
a reply to: odzeandennz
Do you mean this as an example?

And Microsoft hololens and the tabletop variant plus Google glass is still in obscure development.

AR isn't bunk! It's harder than it needs to be right now, but it's not bunk!

AR has spectacular possibilities for engineering and design. We're using it now for 3 dimensional models and renderings and it has fantastic results.

As I noted though, the current tools are crude, but the concept itself is very, very, promising!! VR is the thing that's bunk (at least IMHO). With VR there is no connection to reality (I'm not talking about gaming here), so it's difficult for people to understand how VR concepts translate into reality. With AR you can actually "see" it.

We were using VR back in the mid-90's, and it had some values, but it was mostly shapes. It worked okay for things like visualizing sight lines. In fact, we won an award from the FAA for it. If AR had been on the horizon then it would have been a far better tool.

AR and VR are kind of two different concepts with some technology overlap. Many people mistakenly think one is a product of the other. Video analytics were in their infancy then, and now they have matured dramatically. And, it is this maturation which has made AR a reality.

posted on Jan, 19 2019 @ 07:07 AM
link
a reply to: Akragon
They're lucky they didn't have the old phone numbers. They had letters in them. That's why phones have letters with the numbers on the dial pad. 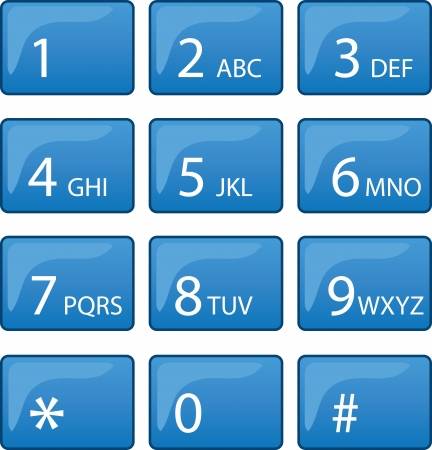 It's a carry-over from that time.

And you win the Internet if you can tell us what that's from! (without cheating on the Interwebz)

posted on Jan, 19 2019 @ 07:20 AM
link
I predict Virtual Reality 'Vice' will be every bit as lethal as the real thing as people continue for days at a time indulging. Whatever you can imagine you could likely do. Do sex, do drugs, do mind numbing alternate realities.

Ahh, no you miss my point. I don't want just run of the mill VR, with the apps and VR cinemas. I want my PC to be VR. And everything I've tried that sends signals from the PC to my android (which would be the same for any separate VR device) just fails.

I don't want a gadget, I want an extension. I want my desktop there.

I will still likely get one of those, however.

that streetfighter bit is mad.

this.. this is why I am pulling my hair out desperately.. I wan't to see this come to fruition before I'm too old to remember wasd...

originally posted by: Plotus
I predict Virtual Reality 'Vice' will be every bit as lethal as the real thing as people continue for days at a time indulging. Whatever you can imagine you could likely do. Do sex, do drugs, do mind numbing alternate realities.

Did anyone see the furturistic movie "Surrogates" with Bruce Willis?

Basically he was a cop who lived "virtually" as did his wife with her life. Extremely well made and thought provoking. Definitely not a feel-good type movie but the ending is on a positive note.

I predict we will see a massive solar storm resulting in something similar to the Carrington event which will knock us all back into the Stone Age.

posted on Jan, 19 2019 @ 08:11 PM
link
While I welcome VR and it's advances as I've been waiting so long for it. So far I enjoy what's out there, the next step is it being more accessible to people, PC wise and more. Something's gotta kill FB or at least combat it's ongoing privacy issues(hah good luck with hat and it's Government connections-including the fines that are pandering), so far social media platforms are mostly too disjointed and only Instagram seems to be competing by numbers. Sadly seems though at this point FB might be the one to pull off implementing VR further as a social media network.