The committee is seeking both an interview and documents from Corsi, an associate of longtime GOP operative and Trump ally Roger Stone, Corsi's lawyer Larry Klayman said.

Klayman declined to provide details on the subpoena, which he said was received Thursday, but described it as "overly broad." He also called the subpoena "part of continued harassment from this committee."

Corsi told The Hill that his legal team plans to contest the subpoena.

Subpoena right? I mean how hard is it to get one.

The Hill has reached out to Senate Intelligence Committee Chairman Richard Burr (R-N.C.) for comment. A spokeswoman for the committee's vice chairman, Sen. Mark Warner (D-Va.), declined to comment.

I can't help but wonder how much has changed over a matter of two years? From Corsi being on top of the world for pushing birtherdom to having the law creep up on him at every corner. Just to be certain again what this subpoena is for, the panel last year requested documents from Corsi as part of its investigation into Russian interference in the 2016 election. Corsi and Klayman publicly rejected the request at the time. Looks like there's no avoiding it this time around.

originally posted by: xuenchen
This should sell at least 500,000 books !! 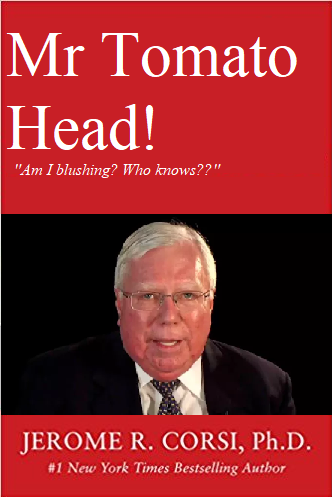 Outta sell like hotcakes! Or shall I say, hot tomatos?

Seriously though, I've been following the guy for a bit. I think he has some condition that gets him all bloated up. That's not natural.