originally posted by: IAMTAT
If true...very disturbing.
Is it proven all these new rapists are recent immigrants to Sweden?


Well I doubt the Swedish people developed a sudden taste for rape in the past couple years.

Pretty sure the metoo movement and the change of definition of what rape meant in Sweden has a lot to do with it.

Either way, I'd like to see stats divided between those designated as immigrants, refugees, etc. within that time period a compared to people born there, or citizens.
edit on 18-1-2019 by strongfp because: (no reason given)

Pretty sure the metoo movement and the change of definition of what rape meant in Sweden has a lot to do with it.

That's what I was more or less implying without bringing a bastardized movement into the discussion of something that could be viewed as positive to many (women feeling they shouldn't be silent when it comes to voicing wrong doing to them).

Either way, I'd like to see stats divided between those designated as immigrants, refugees, ETF within that time period a compared to people born there, or citizens.

As would I, and I would try and be as objective as possible while discussing what those numbers meant, and how it should be dealt with.

I like how when 1 in 5 of just college students supposedly experience sexual assault in America it’s an obvious sign of a “rape culture”.

When 1 in 3 people out of the entire population of Sweden supposedly experience sexual “misconduct”, its just Swedish people overreacting.

I understand that you guys get a great endorphin rush when you stick up for these barbarians and preach your tolerance. Let me assure you the tolerance is a one way street and most these people despise westerners and no amount of your soapbox virtues signaling will save you when they bring the dull rusty knife to your neck.

Look at the cultures these people are coming from and explain to me why you think access to blue jeans and shopping malls will change them overnight.
edit on 18-1-2019 by Quantumgamer1776 because: (no reason given)

Because rapes never happen in the USA.


In the US about 17% of women experience sexual assault in some form in their life, Sweden was about 1.7%, but today there is a huge increase and 60% of those convicted are immigrants that make up a small percentage of the population.

So you tell me is there a problem?

Or people are calling out obvious hyperbole.

The article (from sputnik news) says 1 in 3 experience sexual misconduct, not assault.

I haven't seen any attempts for people trying to minimize the statistic, merely asking more questions to explain it.


Rape is bad mmmkay, buy our product
edit on 18-1-2019 by Lysergic because: wtfhappenedtomahpost

Gotta love importing a bunch of Stone Age cultists who defile your populace and slowly erode your once glorious society...

Oh how Thor would be disappointed...or Odin or whoever they stopped worshipping a thousand years ago...

Anyhow, Swedes will be outbred and another light of the west will fall into shadow...supplanted by superstitions based upon the sensibilities of a 7th century pedophilic warlord...

In the US about 17% of women experience sexual assault in some form in their life, Sweden was about 1.7%, but today there is a huge increase and 60% of those convicted are immigrants that make up a small percentage of the population.

It doesn't seem you're too far off, so I did some digging to elaborate on your point. 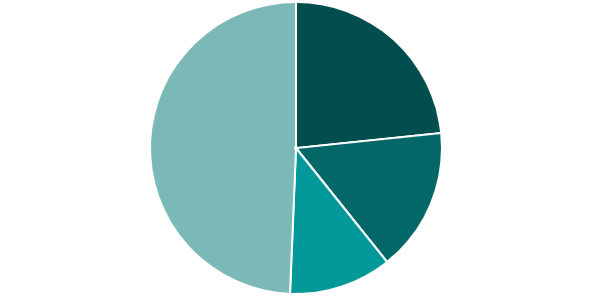 So it appears that 1/3 of the convictions are from ethnicities outside of Europe.

That is disproportionate to the population makeup, but from this data, it doesn't appear to be inline with inflated numbers from some who seem to be using this as an issue of politics.

That said, those were from convictions, so I wouldn't say this is the end all be all for the argument.

Well from my research 58% of reported rape cases were from people outside of Europe, the other reported cases were people of European decent and then there was the randoms that made up tourist rape from the states or Canada or something.

And also out of all the 800 some odd cases 129 were assault rape meaning the people didnt kbow each other or had ever met. But, 92 of them were from outside of Europe. This was in 2018.

So theres evidence right there that most rape cases the people knew each other. And rape in Sweden also includes sexual assault, and if someone even just mentions a sexual assault or rape allegation to the police its automatically put on file and documented and never even taken off the list even if it had been resolved.

I think Sweden has more of a organization problem than a rape problem. They seem pretty on par with other developed nations in Europe.

I'd post links but I'm on my phone. It's under the swedish rape statistics on wikipedia.

originally posted by: Lysergic
Dude they should get a corporation to make a commercial.

Hmmmm, I've got a pitch. 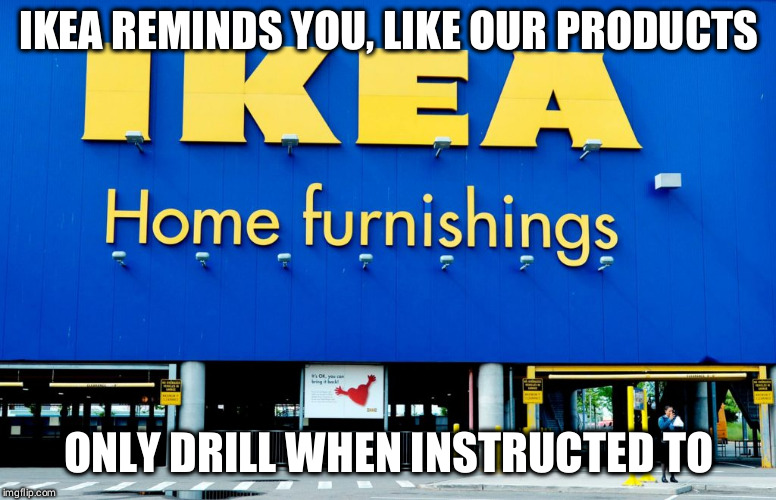 posted on Jan, 18 2019 @ 11:55 AM
link
So MASS-importation of an actual rape-culture isn’t the reason for a sudden massive increase in rapes?

posted on Jan, 18 2019 @ 12:23 PM
link
If rape convictions in Muslim countries need 4 men to witness and women are "honor" killed, I highly doubt many rapes are reported.

It's her fault for tempting the man and dishonoring the family so she should die.

Any further questions why rape convictions are so low?

You can check the last comment on the first page to find someone trying to minimize the stats.

My guess is most leftist will ask only the questions that attempt to divert blame from Muslim immigrants and somehow find a way to blame whitey.

Just like what they did with the college stats, 1 in 5 victims of sexual misconduct turned into 1 in 5 is raped. But when it might implicate Muslim immigrants then you wanna look more closely at the stats. Sadly the author of this thread was just as disingenuous and changed wording to appear worse.

Same with wage gap stats, as long as we can blame white males there is no reason to look more closely at the numbers

posted on Jan, 18 2019 @ 01:08 PM
link
I wonder if this is connected to how egalitarian Sweden is (in comparison to other countries). The gender differences are “supposed to be” much less, however it appears that it is creating a bigger gap between the male and female genders.

Yeah Jordan Peterson talks about it all the time, when you let women choose what they want they tend to have different wants needs and priorities than men.

Who would have guessed men and women were different.......

If we are to believe gillette's new commercial, then cat calls are a serious problem.

So which is it?
Women are bigly victims in America?
Women in Sweden are overreacting?


Who cares about Murica the topic is about Sweden!