Breaking: China Releases First Panoramic Shot From The Dark Side Of The Moon

page: 1
46
<<   2  3  4 >>
log in
join
share:
shawmanfromny
+15 more
posted on Jan, 11 2019 @ 10:26 AM
link
What a spectacular, clear shot! Today, the Chinese Lunar Exploration Project (CLEP) released a panoramic shot that was taken by the Chang’e-4 spacecraft. I thought some of you would like to see this unbelievable picture. The link below is in Chinese. The picture is displayed vertically, but you can "save" the picture that I posted below onto your PC or laptop, then open it with a Paint or Paint.net program and flip the image 90 degrees to the left. You then can zoom in on it and drool, like I did.

Link to panoramic picture of the dark side of the Moon:
www.clep.org.cn...

I see they edited the Nazi moon base out.....

Ummm...because if I did that, the picture comes out smaller, as seen below. I thought by posting the enlarged picture vertically, it would save people the extra step in zooming it in their Paint program. Sorry if you found the posted picture so troubling SMH.

originally posted by: interupt42
a reply to: shawmanfromny

And where are the stars?!

I wonder what kinds of plans China has for the moon?

posted on Jan, 11 2019 @ 10:53 AM
link
Their logo has a cool little star trek vector thingy. The NASA vector is all sideways and swirly, ladylike if you will.

What is it about the vector that ever nation on earth uses it in their space agency logo? Did the aliens come and assign the vector to planet earth so we have to put it on everything we send to space. Like when the government comes and makes you register all your firearms so that if there is ever an "accident" they can trace the "serial number" back to the owner. Something like that? Or maybe there is a war going on and we really dont want to be mistaken for the enemy. So we paint this symbol to say "nobody in here but us humans".

Maybe it has some occult power.

Maybe it's a coincidence like how all humans on every inhabited continent decided to build pyramids. Now they all just decided to use vectors.
edit on 1/11/2019 by 3n19m470 because: (no reason given)

There's this one, posted by member 'wildespace' in another thread: 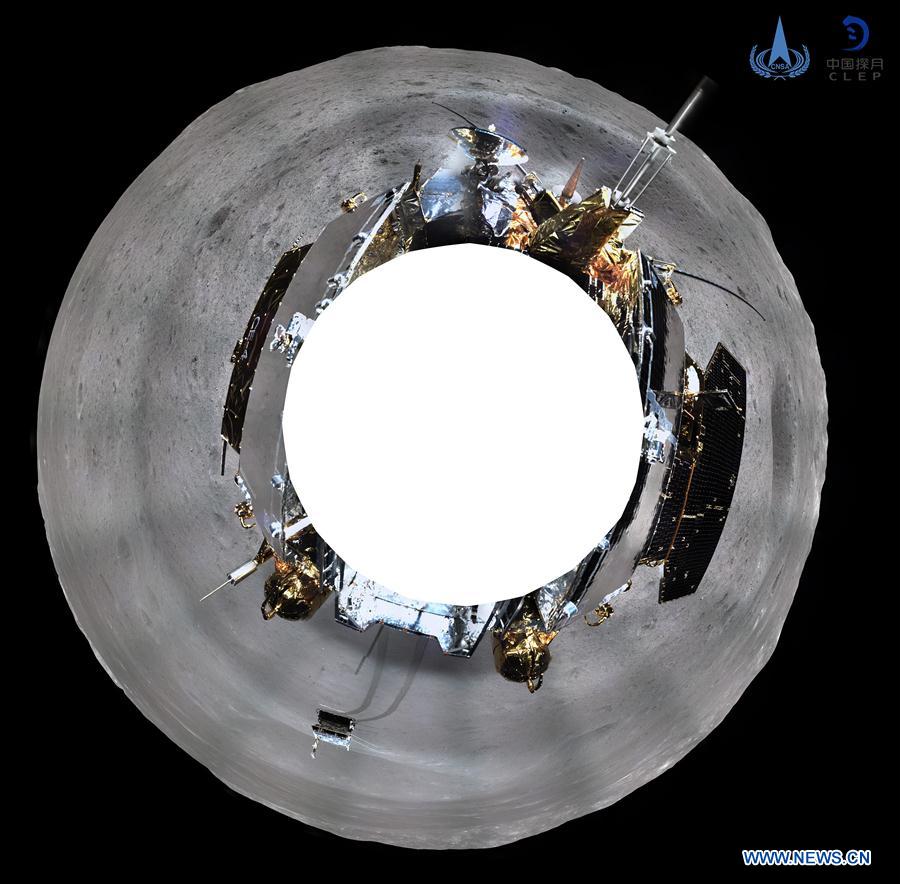 Seriously though, here's a link to that post, which includes an interactive version of this panorama:

It's the far side of the moon. Not the dark side. It gets as much light as the front side. We just don't see it.

posted on Jan, 11 2019 @ 11:08 AM
link
This reminds me, I'm going to Greenland in the summer. I guess I should watch out for Chinese astronauts.
I love cgi and how it gets better every year!

originally posted by: neo96
Isn't the Dark side of the moon suppose to be dark?


Yeah, it should be called the back side of the moon.


Maybe it's a coincidence like how all humans on every inhabited continent decided to build pyramids. Now they all just decided to use vectors.

The star trek delta vector looks (a) like a rocket, and (b) gives the connotation of direction.

If you stack blocks very high, the most stable way to do it considering the forces of nature would be to build a wide base and get smaller as you go up -- creating a pyrodid shape.

originally posted by: FormOfTheLord
Nice picture!
I wonder what kinds of plans China has for the moon?


originally posted by: FormOfTheLord
Nice picture!
I wonder what kinds of plans China has for the moon?

LOL I truly doubt that.
How would you use the moon to conquer the universe?

I would guess they are going to mine helium 3.