posted on Jan, 10 2019 @ 09:58 AM
link
I was just checking out the twitter page of the Rojava Defense Units (YPG) and noticed that they have arrested a dozen members of Daesh down in Der-ez-Zoir in recent days, and out of a handful of Americans, one of them is a minor. Does Child Protective Services know where this young man is? I would like to bet 1/15 of a Bitcoin this kid is from Michigan. Any takers? There was an Irish guy, Russians, German and a bunch of other Central Asian people there as well.

Eight terrorists of US, Russian, German, Ukrainian, Tajik, Kazakh and Uzbek origins were captured by our units. 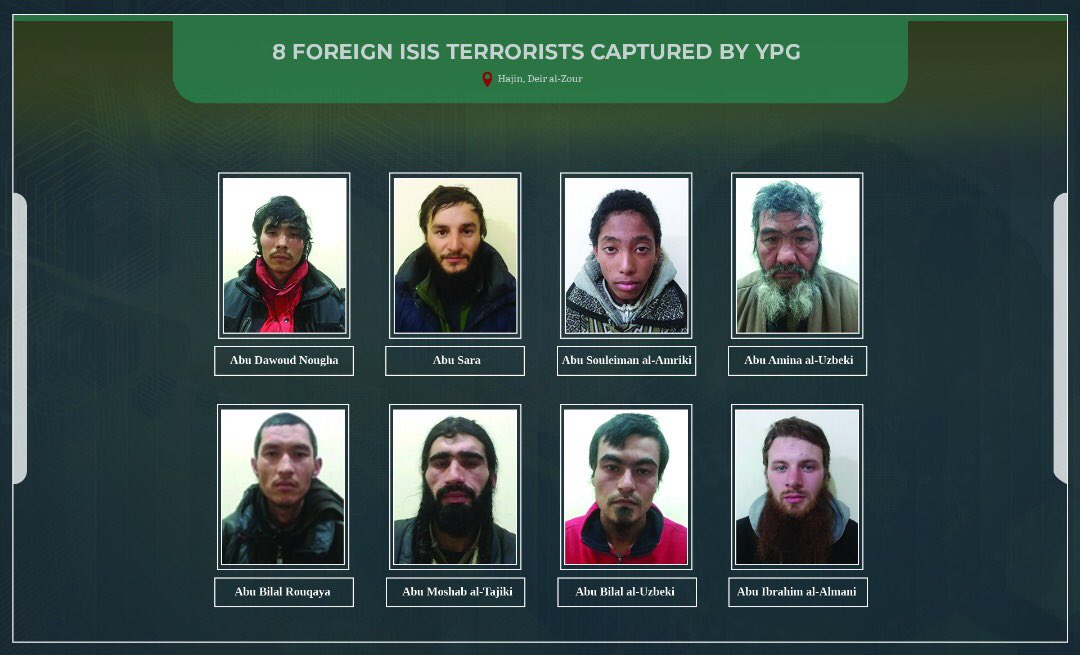 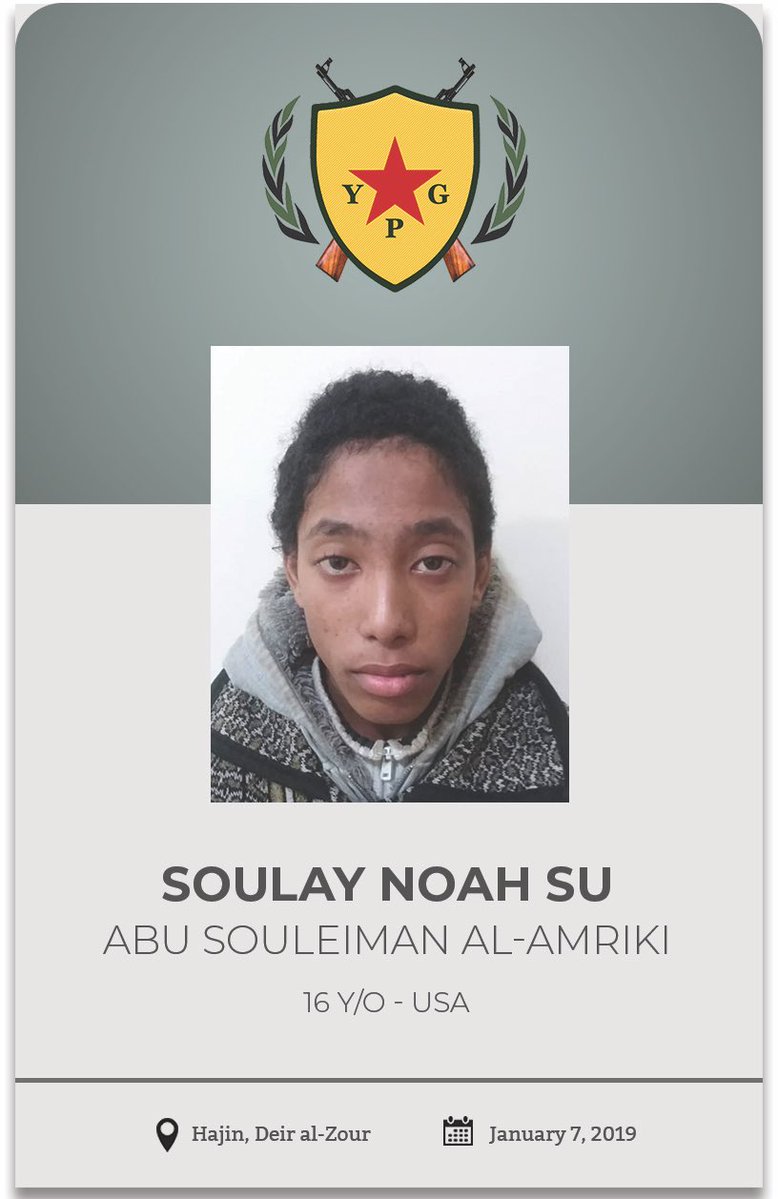 Five foreign #ISIS members have been captured in a special operation conducted by counter-terrorism units.

The BBC did a report a few days ago with some footage found from a dead commander of an ISIS last stand, as well as some dialogue with the YPG fighters trying to remove some of the last ISIS flags flying in Syria.


International volunteers fighting for terrorist proxies in the South, while their official military counterparts of the same nations face off in the North. This sure is an interesting conflict people, darn near history making as far as modern history goes (last 80 years).

posted on Jan, 10 2019 @ 10:11 AM
link
a reply to: projectvxn
I wonder if Abu is like a prefix referring to a foreign convert of some sort? Al-Amriki I am certain simply means the American. Al-Almani apparantly means "the German" and was the adopted name of the German.

Did you see the names in the second list? They did not seem to have those prefixes/suffixes/titles to their names.

originally posted by: projectvxn
Well they can keep the little terrorist scum bag. We dont need that roach here.

Now you are just making much Abu about nothing...

I noticed that as well.

It's why I brought he repeated use of the name Abu for all captured suspects.

I'll look into it since that brings up a good question.
edit on 10 1 19 by projectvxn because: (no reason given)

Is this kid an ISIS fighter, or a sex toy they keep around for their amusement?

posted on Jan, 10 2019 @ 08:47 PM
link
Yes, its been known that the criminal cartels and gangs send their goons to war torn areas, like Syira, to recieve combat training. Facts.

They hire anybody there. War is good buisness, if you survive intact.