I have not seen any tweets from the President yet, but I can see him getting very upset over losing in ratings to these two. That's going to deflate his ego for a day or two, and other people will pay for it.

According to Nielsen, the preliminary numbers showed the 15 minutes between 9 and 9:15 p.m. EST, when the president spoke, drew a combined 28.1 household rating in metered markets across ABC, CBS, CNN, MSNBC, NBC, Fox News and FOX, while the next 15 minutes, which included Pelosi and Schumer’s response, attracted 29.3—a figure 4 percent higher.

Of all the broadcast networks airing the address and rebuttal, CBS pulled in the largest audience, with 8.04 million viewers tuning in for the segment. NBC followed closely behind with 7 million, while ABC attracted 4.43 million and FOX drew 2.56 million.

Not only was this speech already getting late into the night, but the later appearance drew a larger crowd.

Now, 4% may not seem like a huge difference but in my many years I have never heard of a later appearance by speakers drawing a larger audience than an earlier appearance by a POTUS, especially his first from the Oval Office, right?

Interesting watching these tides of change.

I think the MSM should replay the Chuck and Nancy response over and over. Show America the faces of the new Democrat party, LOL.

It seems most Americans already saw it. They should replay the Trump speech over and over as more people missed it.

posted on Jan, 9 2019 @ 09:01 PM
link
How can you accurately guage the response to something that you didn't watch in the first place? The difference could very well be the most ignorant.

originally posted by: Zanti Misfit
a reply to: Mahogany

Are your glasses on your head?

I wonder how many of those that watched trump tuned in to watch the nancy?

Did trump supporters tune out and butt hurt dems tune in?

Why would more tune in to the reaction than bothered watching what they were reacting too?


I prefer my method.
Did not watch either....


Oh no, ratings. You have dealt the death blow. He ensured that more people would have their eyes on 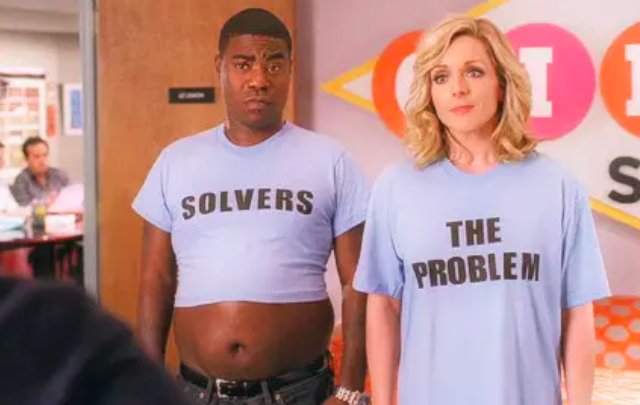 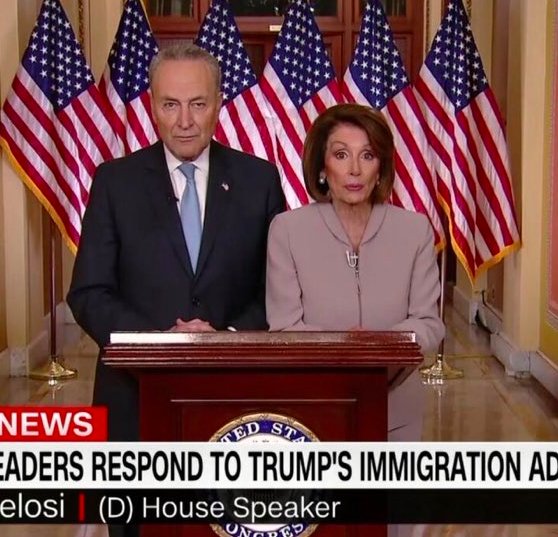 posted on Jan, 9 2019 @ 09:06 PM
link
So, they are using immaterial ratings to convince people that the Democrats are more supported on this than the Republicans. How Harvard that is. The ratings polls can be so steered by whoever is giving the poll.

Most people watched Trumps speech and were a little bored and also watched the Democrat response too. I actually watched the Democrat response twice and checked to see if their interpretations of the evidence was correct, it was not that accurate, actually lots of Trumps evidence on his scripted speech this time matched evidence the government had in it's documents. But there was some misconceptions there too.

Both the Dems and Trump need to get their heads out of their #s and start working this out to get a compromise in place. If they build even half of the wall it will help. I have to say I believe Trump is more right with building the wall, even though his idea was probably stolen from Democrats of the past who did not get it accomplished. If Trump gets it done, it will make the Democrats look bad because they could not get it done I suppose. We do have internet with old videos showing Democrats wanted to build a barrior all along till two years ago when Trump took over.

According to Deadline, early figures showed

Really ?
I do say , you jumped the gun on this thread.
Again
Folks really need to read (with comprehension) the article they are going to post a thread on before they post a thread.
I.E. read beyond the glorified headline.
Make sense ?
Just nod your head yes.
And the Deadline they are talking about is DEADLINE:Hollywood

originally posted by: Mahogany
a reply to: carewemust

It seems most Americans already saw it. They should replay the Trump speech over and over as more people missed it.


There's no need to replay President Trump's speech. He has many millions of social-media subscribers all over the planet.

Doing the TV gig was simply a necessary step in the process leading up to the releasing of funds via a National Emergency declaration.

The exposure was good for Chuck and Nancy though. You should see the memes they caused to be generated today! Nancy and Chuck made huge impressions on people's minds. 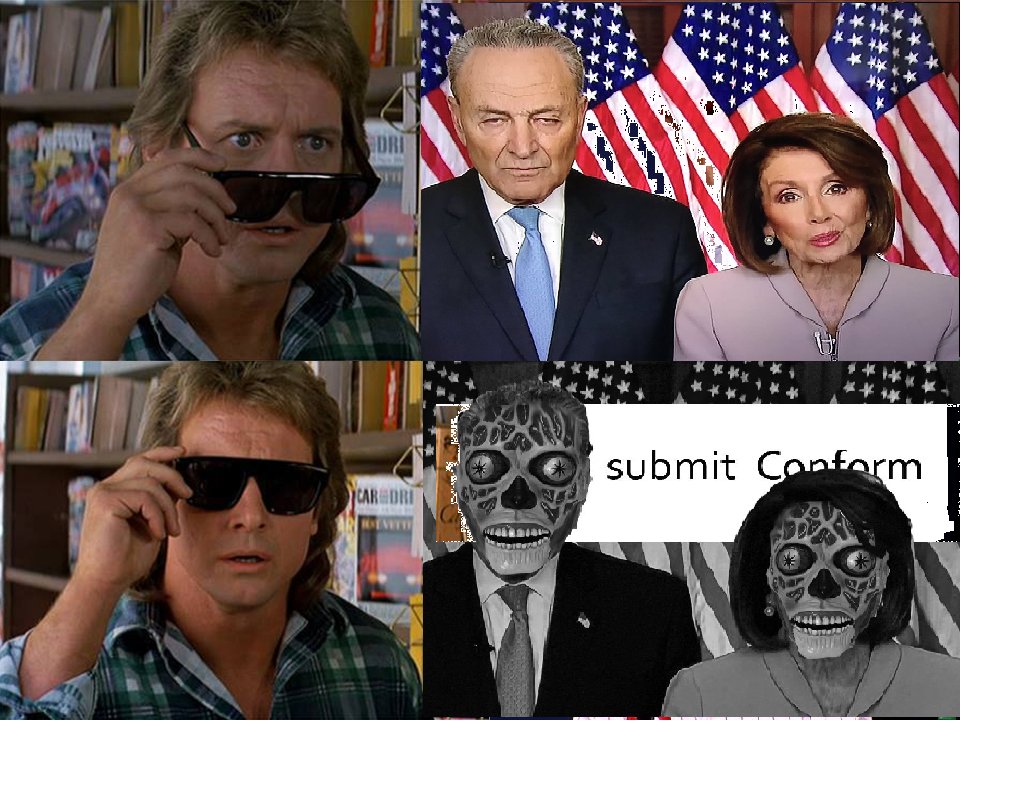 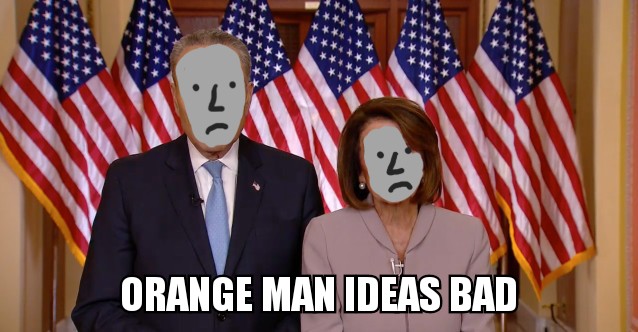 posted on Jan, 9 2019 @ 09:10 PM
link
So what your saying is that 4% of the viewers didnt realize it was time for the speeches until it was to late to catch the president?

So what you are saying is that by 9:15 people who didn't want to watch the speeches figured they'd be over by than and turned on their shows and said "oh crap" when they where greeted with Igor and Skeletor instead.

posted on Jan, 9 2019 @ 09:12 PM
link
So the left is so puffed up with their own intellect that they dont even need to see the President speak, they just want the talking points from their counterparts? Sounds pretty stupid to me 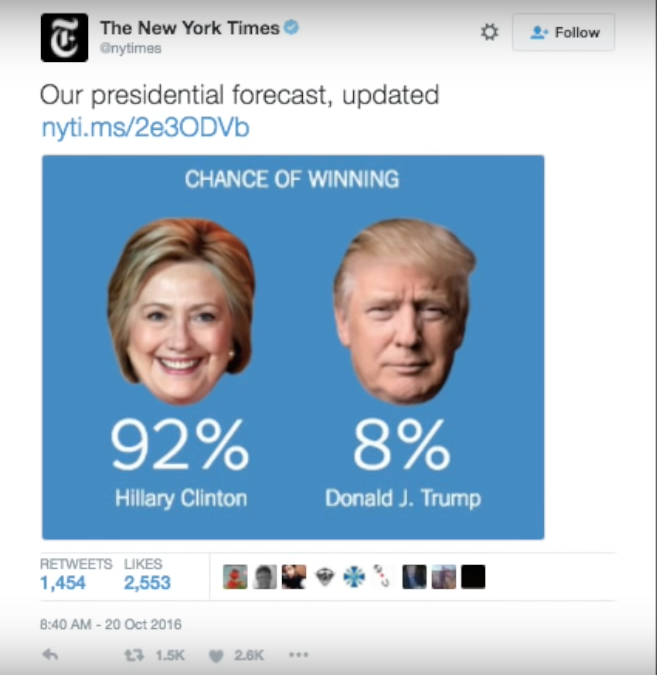