posted on Jan, 1 2019 @ 09:47 AM
link
So looks like there is a growing interest to the implantable version of the brain machine interface. I do think this technology will improve over time. This is being championed as something to help cure disease.

It is my belief that it will really begin to advance once alternative versions are created which are not for helping cure disease but instead be used by anyone who wants to use the technology.

I also think there is a huge global market and international competition to create and streamline the best versions of the technology.

In my opinion I dont think it will be viable or realistic until it becomes useful for everyone similar to cell phones and cars.
For example eventually it may take the form of a self forming mesh of nanobots that can be taken as a pill. I think healthy people would like to avoid any type of invasive sugery or injection. Alot more people would probably want to have it then.

I also think it needs an easy way to upgrade and remove the technology without an invasive sugery or injection. Because who wants anything stuck in their brain that they cant get out.

Also I think eventually consumers would need the technology to project images directly into the retna of the eye or the immpossible visual cortex for it to really be something people would want to have. Oherwise we can just look at a cell phone.

Finally far in the future the devices need to be able to actually work with the brain to store information, increase knowledge, multitask, and merge with a personal AI assistant. Meaning the brain and will need to become living versions of AI giving people the ability to make billons of calculations per second rather than a computer doing it for you.

There are multiple companies working on this technology and perhaps there is some competition. However I think thi tech is being championed by the department of defence probaly because they know that by using the private sector and consumerism true innovation grows by leaps and bounds.

Anyways those are my thoughts on the technology what say you ATS what is going on with this technology?

Mark Zuckerberg has sold close to 30 million shares of Facebook to fund an ambitious biomedical research project, called the Chan Zuckerberg Initiative, with the alleged goal of curing all disease within a generation. A less publicized component of the $5 billion program includes work on brain-machine interfaces, devices that essentially translate thoughts into commands. The applications of brain-machine interfaces are far-reaching: while some researchers focus on using them to help assist people with spinal cord injuries or other illnesses that affect movement, others aim to see them transform how everyone interacts with laptops and smartphones.

In a paper published in the top-notch scientific journal Nature on New Year's Eve, the researchers detail a wireless brain device implanted in a primate that records, stimulates, and modifies its brain activity in real time, sensing a normal movement and stopping it immediately. Scientists refer to the interference as "therapy" because it could eventually be used to treat diseases like epilepsy or Parkinson's by stopping a seizure or other disruptive motion just as it starts.

"Our device is able to monitor the primate's brain while it's providing the therapy so you know exactly what's happening," Rikky Muller, a co-author of the new study and an assistant professor of computer science and engineering at UC Berkeley, told Business Insider.

posted on Jan, 1 2019 @ 09:53 AM
link
If anyone has the finacial pull and links to other technology, it's Mark Zukerberg. He might come across as a nerd, but a smart nerd who has risen up the ranks very quickly.
I am all for this type of technology, if it can eliminate disease. We've all been affected by some kind of disease. whether it be ourselves or someone close.
It will be interesting how far this actually goes in terms of implantation and finance.

posted on Jan, 1 2019 @ 10:03 AM
link
You don’t need to be religious to find this kind of technology offensive. Add to it a scum bag like Zuckerberg at the helm of the research and it becomes all the more suspect. There is a much greater chance this tech would be used to control and manipulate than it would be to help humanity.

I can tell you that he’s not a nice person. I don’t believe Mark gives two sh!ts about curing disease — well maybe for himself and his buddies.

He certainly didn’t do the world a favor with Facebook.

posted on Jan, 1 2019 @ 10:15 AM
link
I forgot to mention that the invasive brain tech is just downright wrong and disgusting.

posted on Jan, 1 2019 @ 10:58 AM
link
if it was a sane person, trying to cure paralysis, i would be all for it.
but its zucks, scumbag internati0nalist who attends billdadberg meetings.

nothing he does can be trusted.
he is a villain to humanity.

posted on Jan, 1 2019 @ 11:13 AM
link
Now, this technology will be used against people in the future, just because you refuse the implant does not mean it will not effect you, if you can control even ten to twenty percent of the population you can easily control everything. What they are trying to do is to make people pay for their own implants that give us preprogramed information. Most people cannot fathom how much BS we are subjected to and cannot understand how governments and health care entities want to control us. The worst part is I am not paranoid, I understand that controling societies by many means has been happening for thousands of years, but I want free will and it is hard to have free well if you are paranoid or medicated so you cannot think on your own. Fear promotion is the tactic they have used most over the millennia to control people, I am not afraid of mosquitos, ticks, the flu, or cancer. I am no longer afraid of society thinking I am inferior. So I am harder to control. Still, people constantly try ad hominum techniques to control me, now I laugh at their actions since I started studying these and other social control tactics used extensively in our societies.

How can you even think that this tech will be great tech for humanity? It may be great for people who are disabled or have a disease of some sort but not for the majority of people.

Do you really want ads targeting your brain every few minutes and social media in your face every minute?

You want to have work tracking your every move?

You want people to see what you're doing in your private house/apartment?

You want someone to interupt you whilst you're with your gf or wife in bed?

come on man... this tech will not be any good in the long run.

You seem extremely optimistic that this technology will be used for the good of humanity. Zuckerberg may be loaded with money but he's no genius. He's full of himself and is easily lead by the nose by his "friends". Remember when Facebook was supposed to "bring the world together"? How did that turn out?? But that's a discussion for another thread.


A less publicized component of the $5 billion program includes work on brain-machine interfaces, devices that essentially translate thoughts into commands.

The question is: Who's in control of "the machine"? 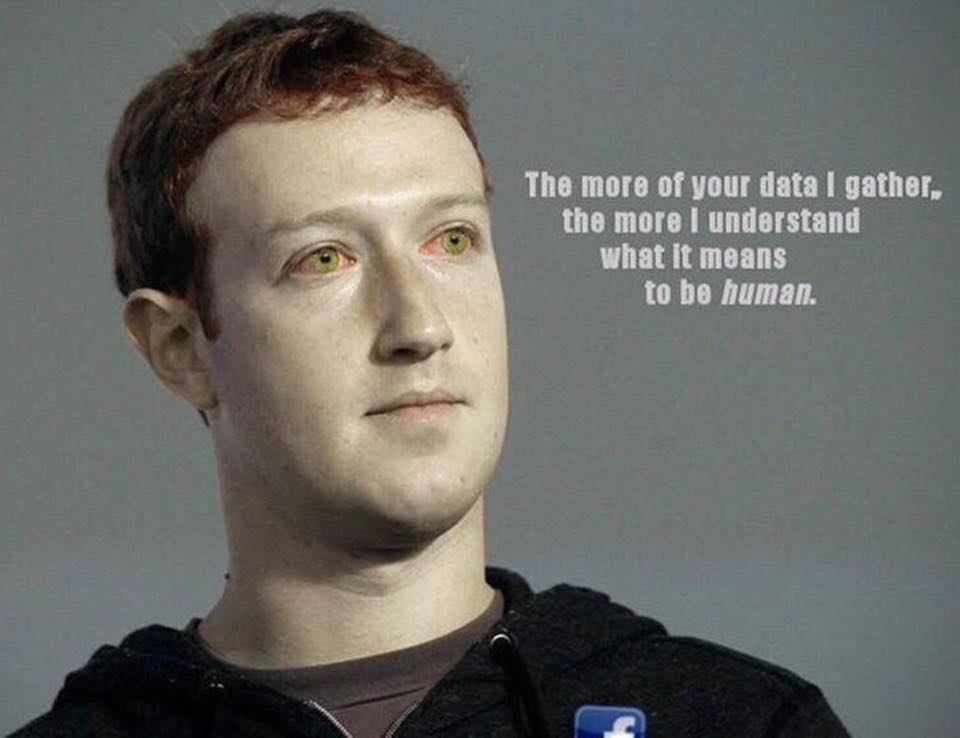 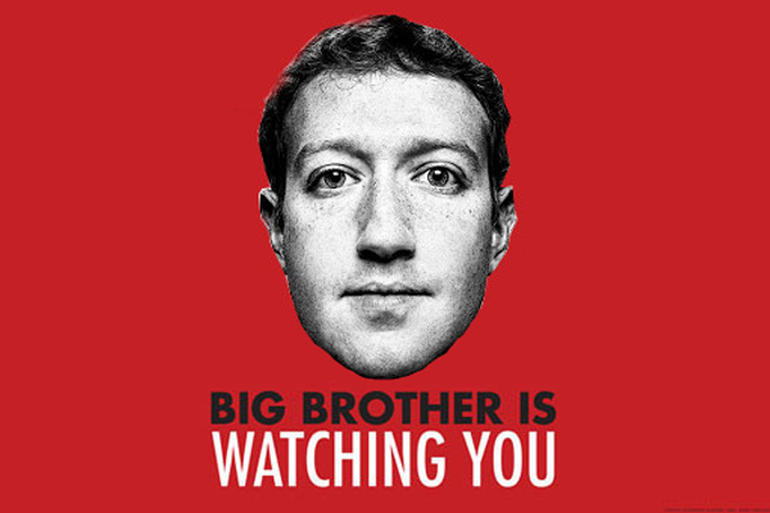 posted on Jan, 1 2019 @ 02:37 PM
link
Possibly instead of prison you get attached for extended storage ala Asrt0 type stuff.

welp, get ready for big changes in the very near future

Watching prople talk about Zuckerberg like he isn't a shill, like he's just some lucky nerd with an ugly wife.

Pay attention, this was the great plan to circumvent the Constitution.

Amazon is starting to look the same, Google is oviously the other one.

Not sure if any tech companies are legit anymore.

Look at Samsung too.

These people are nucking futs.

I don't know, I kind of like the idea.

Hud, tac ops, sensors, scanners, video and text that displays via visual cortex to look like floating screens in front of your eyes.

Quantum processor, a few trillion qubits of encrypted storage and an advanced AI all in a package about the size of a nano sim chip that is pushed into a socket on temple.

Always have a friend and confidant with you at all times.

posted on Jan, 1 2019 @ 09:05 PM
link
A hackers delight, governments wet dream, bane of free will, dogooders fantasy and deep state control of everyone and everything - what's not to like?