I have been emboldened by other artistic ATS members to share some of my creative work.

I recently created a YouTube channel. My first upload is a song I wrote several years back. It is called Jittery Ninja.

I apologize in advance for the picture. Firstly, I could not find a picture more appropriate to the song. (Believe it or not, I don't have a library of pictures of myself.) Secondly, I used an online converter and there was no option to rotate the image. Clearly I will need to work on that for future releases.

Nevertheless, I invite you to listen and "Get yourself together" for a (hopefully prosperous) new year. Cheers!

Well that was a great way to start the New Year! Thank you for sharing your talent with us. That was awesome!

Thank you so much for sharing.😊

I loved it. Thanks for gracing us with your music. I’m a fan.

Do you have any more?

That was excellent. No other word for it.

ETA And I have questions. How did you make the song? Do you play all instruments and sing all parts, use a music creation program? I'm a complete noob at music-making using a computer.
edit on 1/1/19 by LightSpeedDriver because: ETA

I looked up Stray Cats since skidmark said it sounds similar. Its been so long since I've heard that number that I didn't know it was Brian Setzer. I did wonder when I heard him play the first solo though and looked into it a bit and sure enough it was the man!

Thanks L S D! This song is a rare (for me) "proper" studio project.

I wrote the song and played the acoustic and electric guitars and sang. I hired a freelance engineer/producer, and rented a one-room studio (an odd set-up) running ProTools. This was one of the only times I hired session musicians: one played bass, keys, and sang the backup parts; the other played drumset. Oh yes, and I "hired" this mega-stoner buddy of mine at the time to play the gong. He really got into it!

(I am iffy about naming them here. Not because they don't deserve credit, but because this is not a commercial release and they have nothing to gain. It was a job for them and they got paid; I will never benefit, outside reminiscing, by this recording. I am not in contact with any of these people and I can't say whether they would approve of me putting their names here.)

Since this recording, I've assembled my own project studio. I record on a Yamaha AW1600, an old school piece made circa 2007. It's one of the last generation of "studio-in-a-box" machines before everything went to computer. It's basically pro-tools that doesn't require a PC. It has pretty much all the main features one expects from digital recording and I got it for $300 on craigslist. My only complaint is the onboard pre-amps, so I have a modest collection of outboard pre's.

Thanks Prop. I have lots and lots of music from over the years. Much of it only has value to me, but I'm currently slaving over a production that I hope to share sooner than later.

Thanks for the detailed explanation. Names are never necessary on ATS, don't feel obliged to reveal details you would rather not reveal. And where music is concerned, it's all about the music.

Said crassly, you hired a bunch of professionals to make you sound good.

I have lots and lots of music from over the years. Much of it only has value to me, but I'm currently slaving over a production that I hope to share sooner than later.

I am very much looking forward to that DOE!

Your song was soo original, funky and upbeat…that I added it to my Ring Tone lol…

After reading your OP…I thought I would post your image the right way up. I used the snipping tool in windows 10…copied your image and then re-opened it in Microsoft paint, to rotate the image… 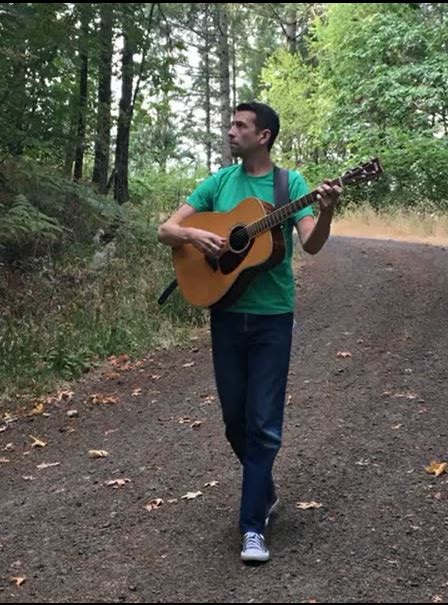 Hi joe. Im sorry i didnt respond sooner.. ive beena bit reserved and havent as much as logged in for a month or so. Thanks for listening to my music.

Hi joe. Im sorry i didnt respond sooner.. ive beena bit reserved and havent as much as logged in for a month or so. Thanks for listening to my music.

Nice to see you back on the boards 😊... You’ve been missed.

Your music is awesome.. keep on writing.

Hi Sheye! Thanks for your encouraging words. Hope you have a nice valentine's day!