If America never existed, would the world be a better place?

NOW, the British won, the revolution failed, USA doesn't exist...... would the world from that point on until today be a better one?

According to so many people over at Quora, YouTube, Reddit, Yahoo it is the cause of so many problems in the world, from famines, to wars, to destabilization of nations. It is the reason why so many countries out there are impoverished, it steals resources from other nations, it is one of the biggest polluters in the world, its cultural influence is corrupting the world, it only makes up a small part of the world but consumes so much leaving so little for the rest. It creates diseases, terrorism, hate, anger, pitting nations and peoples against each other ...... basically, in a nutshell, an evil nation, like Germany or Japan during WW2; It is the Pandora's Box of the world.

And they didn't invent anything except nukes, the world would lose nothing except the capability to destroy one another.

Now of course I know bad things existed way back before USA existed but according to Quora, it wasn't that sever as it is today.

So, would the world truly be a better place without America and if yes, why doesn't the world make it happen?

AND NO, I am not going to accept the: "they are destroying themselves, no need to interfere" because that is not going to happen and that is cheap, I want to see the world do it.
edit on Sat Dec 15 2018 by DontTreadOnMe because: gatekeeping removed

By your heart felt scenario you would be speaking German or Russian by now.. Good languages both but .....

We're not going anywhere.
Get over it.

posted on Dec, 15 2018 @ 05:21 AM
link
As an American and despite you being "sick of me" I'm gonna chime in and say it certainly wouldn't be better for me for the obvious reason that it's my country. Also judging someone based simply on their location on a globe is quite foolish. America is not some utopia and most Americans don't believe it is but I love it all the same.

If you hate America and Americans then just say it. Say what you mean and mean what you say. Own your beliefs instead of masking them behind asinine questions to justify and spread your misguided hatred.

posted on Dec, 15 2018 @ 05:23 AM
link
Lol, pretty sure an assaination had something to do with ww1, treaty of Versailles ww2, Korea was a Un action, phillipines were already a colony, England France and Spain were already doing a bang up job of exterminating the natives.

That's all I have time for.

posted on Dec, 15 2018 @ 05:32 AM
link
I was never a big fan of their music and I don't think they were really all that influential, so I doubt it would make much difference whether they existed or not.


Truth: There is no way to know the answer to this question. 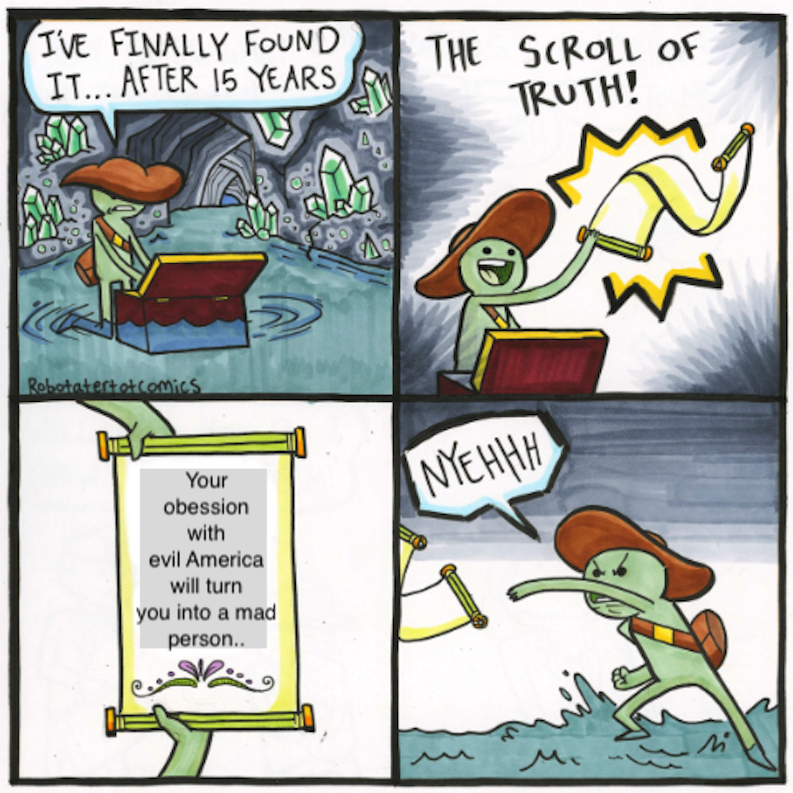 Seriously, no point in what you say, every single country in the world has done as much evil as possible when they could, to whoever they could, people are evil, get on with the program, you complain much about that one single country, why not other countries as well?

There are too terrible things going on in other places too, even more absurd.. Like people eating human fetuses in China and other places, are you not worried about that instead of the past? The people who did the things you said are mostly dead, to be fair then you would have to wait another 60+ years to see how the current people does, and then also blame them for the mistakes of their past

Don't know where you are from but would be nice to know, so we can also see if your country is free of all evils

posted on Dec, 15 2018 @ 05:51 AM
link
I like this post. It’s a little out of the box thinking. I would say still with liberal though restraints but it’s at least out of the box

If the colonies lost their coup attempt, then the world would have had a stronger British empire. In this theory, I take it, that none of the commonwealth nations ever got their independence? I would say that when Canada became a member of the commonwealth nation, America would have done the same or there would have been a UKNA (UK North America). England could easily be sovereign of Mexico, after an English and Spanish war.

Germany without the brain drain of operation paperclip and with the possibility of an attack from the superior in numbers UK, would look for a super weapon to defend herself. Would Germany use that suoer weapon to attack a numerically suoerior but technological inferior country?

Speaking of tech, what would be the time line if everything that was invinnted by Americans? I am sure someone else would have cured polio, but thinking it would have been in the same time line is not true. Same with the internet and all the stuff apple and Microsoft did. The American culture brought the right place right time, if it was a UK culture, bill gates might have been on a queen schoolership in another field of study 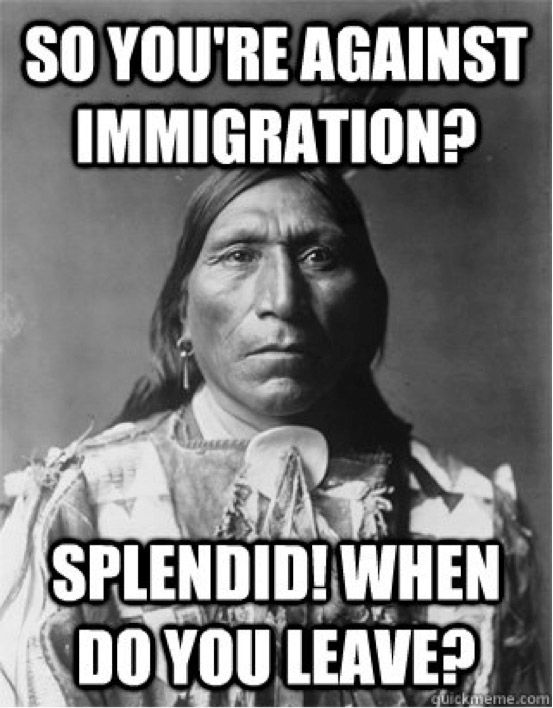 It only stops when people realize that we can't just point fingers and blame someone else for human problems, we are all the same, and ALL hold responsibility for the problems in the world.


NO AMERICANS PLEASE, I'm sick and tired of you.

Secondly, your statement is called "goal tending" and is prohibited by the T&C's.

Thirdly, how's your German and Russian language coming along?

Forth, the British DIDN'T win, nor have they EVER won a major conflict on their own. They got their asses handed to them in the Falklands for Christ's sakes!!! A bunch of backward farmers whooped their backsides, with antiquated guns and military hardware.

edit on 12/15/2018 by Flyingclaydisk because: (no reason given)
edit on Sat Dec 15 2018 by DontTreadOnMe because: Community Announcement re: Decorum

at the risk - of kicking a hornets nest

using the OPs own premise :

this is there the OP breaks down

the Native Americans would have been spared

while canadian indigineous polulations admittedly fared better [ under brittish colonialism ] than american ones [ under the US regieme ] - there is alot more to it than brittish good , americans bad


You know as an American born citizen who has also been fortunate enough to travel across much of this planet we live on I can assure you that not everyone hates Americans as much as you've tried to make it seem in the past couple of threads you've made.

What are you doing to contribute to your country and your fellow citizen? Are you actually being a decent, respectful person who enriches the lives of those around you, or are you merely spreading hate? Ask yourself what you can do to make the world a better place.

Your OP is asinine in the fact that the United States of America does indeed exist, and regardless of what roles this nation's government has led it to fulfill talking about hate, and how evil all 325.7 million people who live in the USA are isn't going to do any good.

Are you going to propose any actual thought provoking statements or questions, or are you just going keep producing your delusional drivel on here?

The fact of the matter is that even if the United States didn't exist in it's current form that all of the past atrocities that have happened would have still happened at some point. Some country or another would have taken the place. Hell, there may have been even more wars if the US wasn't as consolidated as it is.

That nuclear bomb would have still been developed by someone somewhere. That's just science man. Pure and simple human nature. All humans have the ability to do great things both beneficial and detrimental.

Why don't you go find something beneficial to do?

blinks - the OP was delusional - then you arrived - bravo

ATS is an international site, one of the most important founders is from the UK..

The internet is not the web...

The web was invented by Sir Tim Berners-Lee, a citizen from the UK, not American at all..

Maybe this is why you get people that hate the US so much, this bad idea that everything came from the US when it did not, so baad

And Tesla died very poor and was ignored completely when alive, and taken advantage of by Americans, how can you even talk about it without shame? Now you assume some kind of pride and ownership of what he did?

I don agree with the OP, but i can see what he may be all about, by how you act right now

anyways, you were mostly wrong, you dont know your own country's history and it makes you look bad and you superior attitude even when you fail to know real history is a bother, and shameful, maybe that's how we get people that hate the US like that

The question that needs to be asked is...........Would you or I even be born if America didn't exist?