posted on Dec, 10 2018 @ 09:20 AM
link
The fMRI study everyone cant get enough of has many a serious implications. Today I'd like to point out the parallels between addiction and self-deception.


The rats in Olds and Milner's experiment would continue to press this lever incessantly even at the expense of eating and drinking for sustenance. This suggested that the area is the "pleasure center" of the brain and is involved in the reward-driven reinforcement of learning and addiction.

Since the 1950s, multiple research studies on mice and rats have shown that the levels of dopamine in the extracellular fluid of the nucleus accumbens increase when rats are injected with addictive drugs such as coc aine, heroin, nicotine, or alcohol. When dopamine is released into the NAcc, it reinforces addictive behaviors that are driven by a pleasurable reward or the anticipation of a reward. The same results have been seen in human subjects in brain imaging studies. Increased levels of dopamine have been observed in the extracellular fluid of the nucleus accumbens when human test subjects experience the rewarding rush of sex, drugs, or hitting the jackpot when gambling.

Dr. Britt was able to identify different ways that the nucleus accumbens integrates dopamine dependent reinforcement signals with environmental stimuli, which depend on a second neurochemical called glutamate. Glutamate-dependent signals to the nucleus accumbens come from an array of brain regions that include the amygdala, hippocampus, thalamus and the prefrontal cortex. The pleasurable associations of a reward become hardwired into the synapses with the addition of glutamate into the neurobiological mix. Neurons that fire together generally wire together. Glutamate appears to be the glue that makes these synaptic bonds stick together. In my book, The Athlete’s Way, I describe glutamate saying “There is a protein called glutamate that sears synapses together ... glutamate bonds are hard to dissolve." www.psychologytoday.com...


This surety is called the confirmation bias, whereby we seek and find confirmatory evidence in support of already existing beliefs and ignore or reinterpret disconfirmatory evidence. Now a functional magnetic resonance imaging (fMRI) study shows where in the brain the confirmation bias arises and how it is unconscious and driven by emotions. Psychologist Drew Westen led the study, conducted at Emory University, and the team presented the results at the 2006 annual conference of the Society for Personality and Social Psychology.


The nucleus accumbens and the olfactory tubercle collectively form the ventral striatum. en.wikipedia.org...


It is argued that drug and alcohol addiction centers on denial and self-delusion, and successful recovery depends on coming to terms with such problems. Mutual-help programs for substance abuse recovery (eg, 12-step programs) and self-run recovery homes (eg, Oxford House) might decrease self-deception through emphasis on facing reality, strict abstinence rules, and empowering people to direct their own course of recovery. www.ncbi.nlm.nih.gov...


I offer the following definition of self-deception in the hopes of identifying its characteristic dynamics and dimensions. Armed with definition, it may become easier to identify the less familiar but no less potentially devastating forms of self-deception that accompany if not fuel an addiction. So long as self-deception runs rampant, self-knowledge will be severely compromised thereby limiting how much a person can flourish.

A person who suffers from self-deception has a lack of perspective and knowledge, which affects her ability and willingness to act and take proper responsibility for those actions. Self-deception erodes autonomy. The person who suffers from too much self-deception really cannot be free because her actions neither will be guided by knowledge nor voluntarily chosen. This entails that it will be difficult for a person to choose to address her addiction. www.rehabs.com...

Moving forward:
Perhaps abuse counseling insights would be a good place to look, assuming one cant stomach the idea of a 12 Step Program for their addiction to self-deception about their partisan politics. Although perhaps a 12 Step program would be prudent. How many people has one partisan to the next fought with over politics (see Step 9). Although that's not why I cite the "abuse counseling" bit, that was to the nature of the relations we all share with our governments & politicians, whether we're yet ready to admit it to ourselves or not (see Codependency & Abusive Enabling).

That's not ignorance to their mortgages, that's a complete lack there of (they dont have mortgages). They have their stomachs, and they are driven by it. Well fed humans on the other hand, they're free to develop addictions to silly things like heroin, Hillary Clinton, ruffees & booze, Donald Trump, huffing rubber cement, and so on.

That's not ignorance to their mortgages, that's a complete lack there of (they dont have mortgages).

They don't have mortgages because they aren't humans. Humans are (more or less) the only animals who think we're better than all the rest because we think we (can/should) know everything (and that knowing stuff solves everything).

I'd say that a good 80% of all humans are unhappy, whether they're ignorant or not.

posted on Dec, 10 2018 @ 10:31 AM
link
This is why there has been so much back and forth between the two sides, especially over the past two or so years. Those in power are giving both sides ammo knowing that we will ignore the ammo we do not like while using the ammo we do like to reinforce our biases.

Things are going exactly to plan. They understand us so well psychologically. 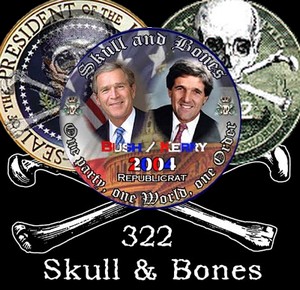 One of those is fact (the second one), the other one is not and none if that is derived from the sentences above.


Second, you do not differ between psychologic and physical addictions. This is the truth and it´s empowering my argument.... To use the thought scheme from the lady in the video.

I offer the following definition of self-deception in the hopes of identifying its characteristic dynamics and dimensions. Armed with definition, it may become easier to identify the less familiar but no less potentially devastating forms of self-deception that accompany if not fuel an addiction. So long as self-deception runs rampant, self-knowledge will be severely compromised thereby limiting how much a person can flourish.

We have a corrupt government that routinely lies to us, all the while trying to discover every minute detail of our lives.

We have an agenda driven "news" media that routinely deceives us.

We have corporate cartels pretending to be competitors that milk us for every dollar they can get.

Instead of comparing self-deception to drug addiction, maybe we should be comparing the outside forces trying to deceive us to as being force fed poison while being told it's vitamin water.

Self-deception is largely involuntary in that its not conscious. Especially not if we strive to ignore it as most people seem to in my experience. But read the second citation most of all to grasp it. This stuff is evolutionary inherited survival mechanism type stuff. This is what our irrational emotions do.

In that study, most of all in human affairs all this Tribalism I always carry on about it all flows from the resuts of that study because its when we "accept a group into our hearts", such as with partisan politics, or religions, or race, or sports teams, when we attach our own identities to that of groups and allow those groups groupthink to take hold of our minds our brains internalize that into automatic 'survival' (defense) mechanisms when those groups are criticized we tae it personally, when we see the obvious floaws of the groups or their leaders our brains self-deceive themselves to get that feel good pat on the back for being part of something greater blah blah blah. And as with groupthink in general, the larger the mass group the more profound this effect goes, the more it overpowers our far more rational individual self.

And our rulers they know it. They've KNOWN it. And they count on us being too 'stupid' to catch on and latch on to mind over matter'ing ourselves above it.

THIS is the true essence of "Mind Control".

posted on Dec, 10 2018 @ 01:20 PM
link
Reminds me of the Greek story of Narcissus, who got tricked into looking at his own reflection and fell in love with it only to waste way.

How's my duck face looking while I'm taking selfies, all while I'm saving children from the oppressive white man, all the while being white myself.

Looking this good take a lot of dedication an hard work.

$50 to the first person who can name that drug addict?