Trump is a Criminal

page: 1
20
<<   2  3  4 >>
log in
join
share:
darkbake
+1 more
posted on Dec, 9 2018 @ 01:18 PM
link
There is quite a lot of news being dropped lately about how corrupt Trump and his friends, who ironically wanted to "drain the swamp," are. It looks like Trump could be facing criminal charges after stepping down from the Presidency and impeachment. All of this his own fault - when Republicans talk about taking responsibility for one's actions, they need to apply it to Trump as well.

On Friday, federal prosecutors released a sentencing recommendation for Trump’s longtime lawyer Michael Cohen — and, in so doing, implicated the president in a federal crime, and suggested that he might well be implicated in several more. In August, Cohen pleaded guilty to multiple campaign-finance violations, saying that he had been involved in an illicit scheme to aid Donald Trump’s presidential campaign by providing hush payments to two of the GOP nominee’s alleged ex-lovers in fall 2016 (such hush payments would have constituted undisclosed, illegally large “in-kind” contributions to the Trump campaign).

Cohen also claimed that Trump had been the mastermind behind said illicit scheme. In the sentencing memo Friday, prosecutors formally endorsed Cohen’s story, writing, “Cohen himself has now admitted, with respect to both payments, he acted in coordination with and at the direction of Individual-1” — a.k.a. the president.

Of course, Trump will try and slime his way out of any kind of accountability for his criminal actions. He will claim that Cohen is not a reliable witness - even though it is very likely that there is corroborating evidence to support his claims, including an audio tape of him talking to Trump that has already been released.

Then there is what Chris Christie (R) has to say about it.

Former New Jersey Gov. Chris Christie (R) said Sunday that the language federal prosecutors are using to refer to President Trump in an indictment against Michael Cohen makes it sound as if they might have corroborating evidence that the president violated campaign finance law. "The language in the sentencing memo is different from what we've heard before," Christie told ABC's "This Week," noting that Trump's former attorney Cohen has previously said he violated campaign finance law at the president's direction.

"The only thing that would concern me if I was the president's team this morning about this sentencing memo is the language." "The language sounds very definite," Christie said. "And what I'd be concerned about is, what corroboration do they have?"

Christie: It sounds like prosecutors have corroborating evidence against Trump beyond Cohen

This isn't the only shady thing that the swamp creature known as Trump has been up to. It turns out that he may have known that Cohen lied to Congress during his testimony. Trump had dealings with Russia that were ongoing into his campaign - in particular, with Trump Tower Moscow, including plans to give Putin a $50 million penthouse there.

President Donald Trump's former personal lawyer and fixer Michael Cohen pleaded guilty to a new charge Thursday, revealing in detail how he had lied to Congress last year to back up Trump's claims of having no business ties to Russia. Now Cohen's confession may have created additional legal peril for Trump as the president is being eyed by special counsel Robert Mueller.

Cohen's lies are related to an aborted plan to build a Trump Tower in Moscow. He admitted in federal court in Manhattan to misleading Congress in written statements in August 2017 about the extent of Trump's personal involvement in that project. Cohen, 52, also said he lied by telling Congress that any contact with Russian nationals by the Trump campaign or the Trump Organization had "all terminated before the Iowa Caucus."

Knowing Mueller, he probably has corraborating evidence for this, too. This would mean that Trump knew Cohen lied to congress and did nothing about it. He could have even been coordinating it.

WASHINGTON - The Trump Organization planned to offer a $50 million penthouse suite to Russian President Vladimir Putin amid negotiations over a real estate deal to build a Trump Tower in Moscow, according to a report by BuzzFeed News. The bombshell report includes Felix Sater, a longtime Donald Trump associate accused of having Russian mafia ties, telling BuzzFeed News that he and Michael Cohen, the president's former attorney and fixer, thought giving the suite to Putin could help sell other apartments. "In Russia, the oligarchs would bend over backwards to live in the same building as Vladimir Putin," Sater told BuzzFeed News. "My idea was to give a $50 million penthouse to Putin and charge $250 million more for the rest of the units. All the oligarchs would line up to live in the same building as Putin." BuzzFeed notes other unnamed officials confirmed the existence of the plan and the officials said Cohen discussed the idea with a representative of Dmitry Peskov, Putin’s press secretary.

WASHINGTON (AP) — The surprise plea agreement with President Donald Trump’s former lawyer made clear that prosecutors believe Michael Cohen was continuing to pursue the Trump Tower Moscow project weeks after his boss had clinched the Republican nomination for president and while investigators believe Russians were meddling in the 2016 election on his behalf. Cohen confessed in his guilty plea that he lied to Congress about the Moscow real estate deal he pursued on Trump’s behalf during the heat of the 2016 Republican campaign. He said he lied to be consistent with Trump’s “political messaging.”

Cohen said he discussed the proposal with Trump on multiple occasions and with members of the president’s family, according to documents filed by special counsel Robert Mueller, who is investigating Russian interference in the presidential election and possible coordination with the Trump campaign. Cohen acknowledged considering traveling to Moscow to discuss the project.

It seems like Trump knew Cohen lied under oath to Congress. Trump claims Cohen is a liar. However, even so, Chris Christie (R) thinks it sounds like prosecutors have corroborating evidence in addition to Cohen's testimony. It is far more likely that Trump is a liar - and that many conservatives are falling for it.

How much is Trump lying about? How much has he coordinated lies with his subordinates? Finally, just to expose one of Trump's lies, Comey recently testified that the Russia investigation DID NOT start with the infamous dossier, but in fact, with FOUR Americans with ties to Trump and Russia.

While Comey dodged questions pertaining to the ongoing Russia investigation that special counsel Robert Mueller now oversees, he did provide new insight into the origins of the probe, according to a transcript of his Friday appearance that was released Saturday. Comey said the FBI's counterintelligence investigation into potential ties between the Trump campaign and Russia originated with four Americans who were thought to be potentially helping the Kremlin in its efforts to interfere in the 2016 election. Comey didn't identify the Americans, explaining to lawmakers the individuals had not been named by the FBI publicly. But he said they were "four Americans who had some connection to Mr. Trump during the summer of 2016" and were tied to "the Russian interference effort."

When they give you a choice of 2 possible criminals, you choose the one that wants to screw you over the least.

I tried to edit my post, but it wasn't working. So I do want to make it clear that Chris Christie thought there was corroborating evidence regarding Cohen and the payments, not Trump Tower, although there could be for both.

The funny part is, you actually believe all the stuff you said. He isn't going anywhere and will get re-elected.

THE NEWS PRINTS CRAP LIKE THIS HOURLY, WHY SHOULD I LISTEN THIS TIME?


SORRY, NOT YELLING, TOO LAZY TO RETYPE AFTER HITTING CAPS.

I think it's funny you don't believe what I said. I think there will be impeachment proceedings against Trump and he could face jail time if he is not reelected in 2020.

Not one post so far with any type of reasonable argument against what I posted, just people being willfully ignorant!

originally posted by: darkbake
a reply to: llama

I think it's funny you don't believe what I said. I think there will be impeachment proceedings against Trump and he could face jail time if he is not reelected in 2020.

Hold your breath and we'll wait.

Despite the responses to you I think this is a well put together thread. I honestly could care less what happens to him.

You have made a much better thread than anyone else when it comes to this particular subject. For that I shall grant you a star.

Thanks, what I was trying to do was bring a perspective and news stories to ATS that might be lacking here.

You won't get a reasonable argument from me.

You are posting propaganda and wanting it to be real.

Bring something good to the table, and we can debate it for hours.

Your statement from Chris Greasy is a prime example of BS propaganda and would get laughed out of court.


"The only thing that would concern me if I was the president's team this morning about this sentencing memo is the language." "The language sounds very definite," Christie said. "And what I'd be concerned about is, what corroboration do they have?"

Let's translate for the court, shall we?

"I have no evidence, but I do have this chance to bad-mouth the other guy and cause doubt through manipulation."

This behavior has been going on for decades, are you new?

The bottom line though, is that there is still zero evidence that Trump was involved in any of these allegations.
But there is evidence that all these investigations were prompted and based off of illegal spying and fraudulent FISA warrants.

Once those FISA docs are declassified and put before a judge all of these incidental cases will be thrown out and any plea deals and/or convictions will be vacated because of fruit from the poisonous tree.

Your sources tell us all we need to know.

It’s their interpretation. Nothing more.

Don’t hold your breath when the R’s hold the Senate majority.

Team-Obama in 2008 was fined $375K for campaign violations, do you remember that? because it was not a big deal then so it will not be a big deal now if/when Trump is fined for NOTHING TO DO WITH RUSSIAN COLLUSION TO STEAL THE ELECTION.

Oh, how far the goal posts have moved - they are now in a completely different field. 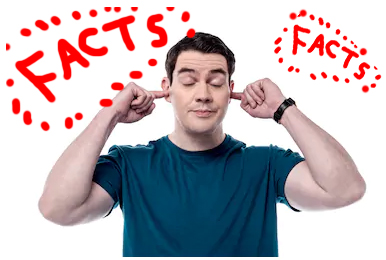 You people have been saying that for almost two years now.

And also, anyone who links articles from CNN, MSNBC, USA Today, I automatically write off as fake news.

I see more credible information coming from infowars and The Sun.

Keep dreaming lefty’s, Trump is still your President, and will be for another six years.

posted on Dec, 9 2018 @ 02:03 PM
link
Well technically speaking one has to be convicted before becoming a criminal. At least in the legal sense.

From what I have read, if the charge is breaking campaign finance law, then it is likely not a prison producing offense. Obama got accused in 2008 and just got a fine. Depends on the DOJ it seems.