Wow - that's a lot of Herc's on the move

I count 26 of them on ADS-B Exchange, currently over the Grand Canyon.
Is this unusual?

originally posted by: Zaphod58
Weapons school JFEX. It's the end of WSINT-18B.

Ahh, OK. That explains their heading.

The THUG C-17s are part of it too. This one's got all kinds of fun players involved.

originally posted by: Zaphod58
a reply to: FosterVS
The THUG C-17s are part of it too. This one's got all kinds of fun players involved.

I got blasted by 2 C-17's during the one in June. I was on a peak (that shall remain nameless) in the Tikaboo Valley. They came right over my head, I swear I could have reached up and touched them. They disappeared as quick as they appeared, with a Draken closed behind, headed to Keno Airstrip.

One of the B-1s involved had to divert to Edwards the other day with a flap problem.

posted on Dec, 9 2018 @ 04:46 AM
link
a reply to: Zaphod58
Tell the truth, its a mass chem spraying operation. And they are moving key Govt officials to safe areas at the same time in those aircraft.

And you call yourself a moderator on a conspiracy website. Pffftt...

Glad someone noticed. Here's the screen caps I got. 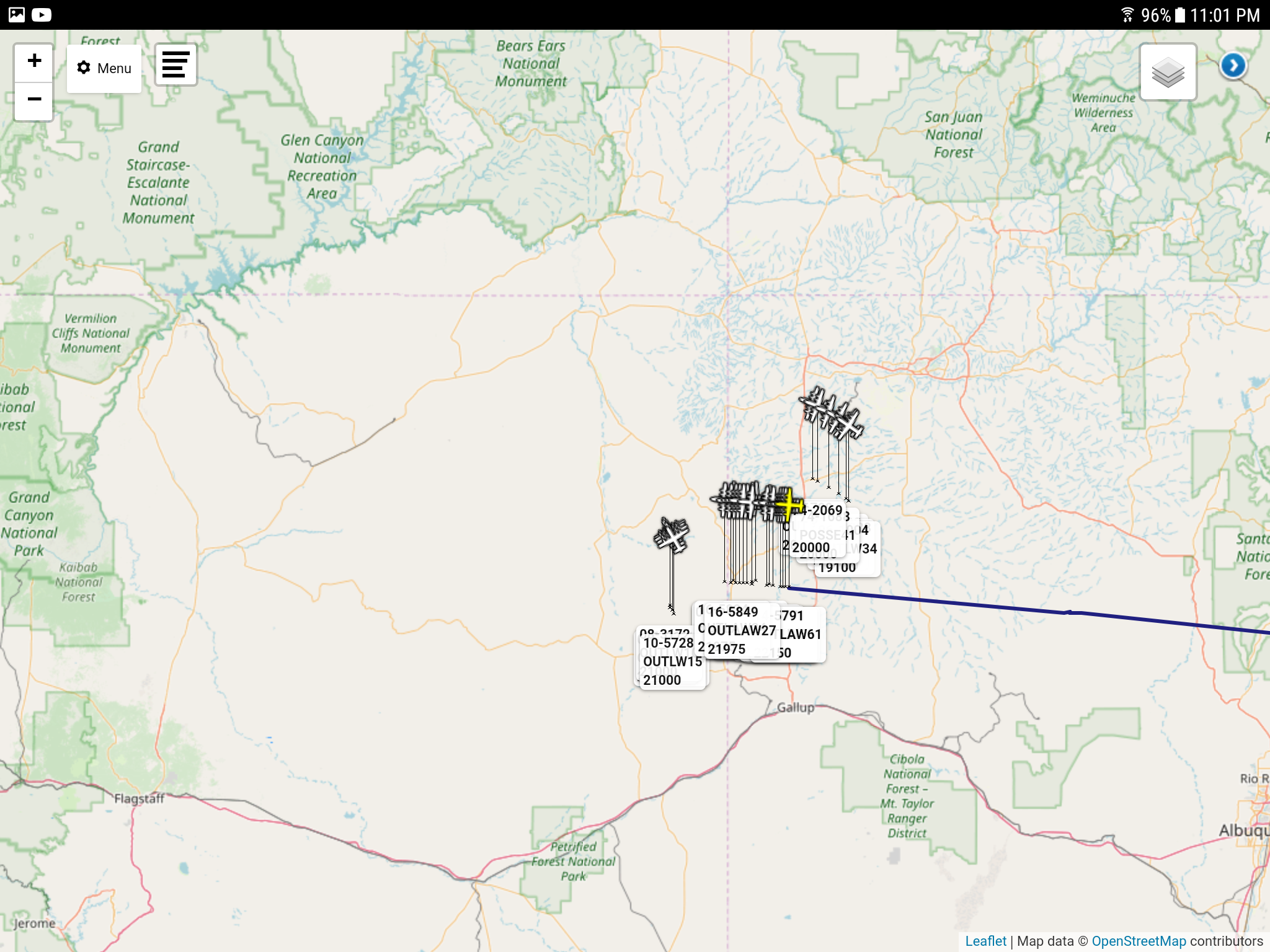 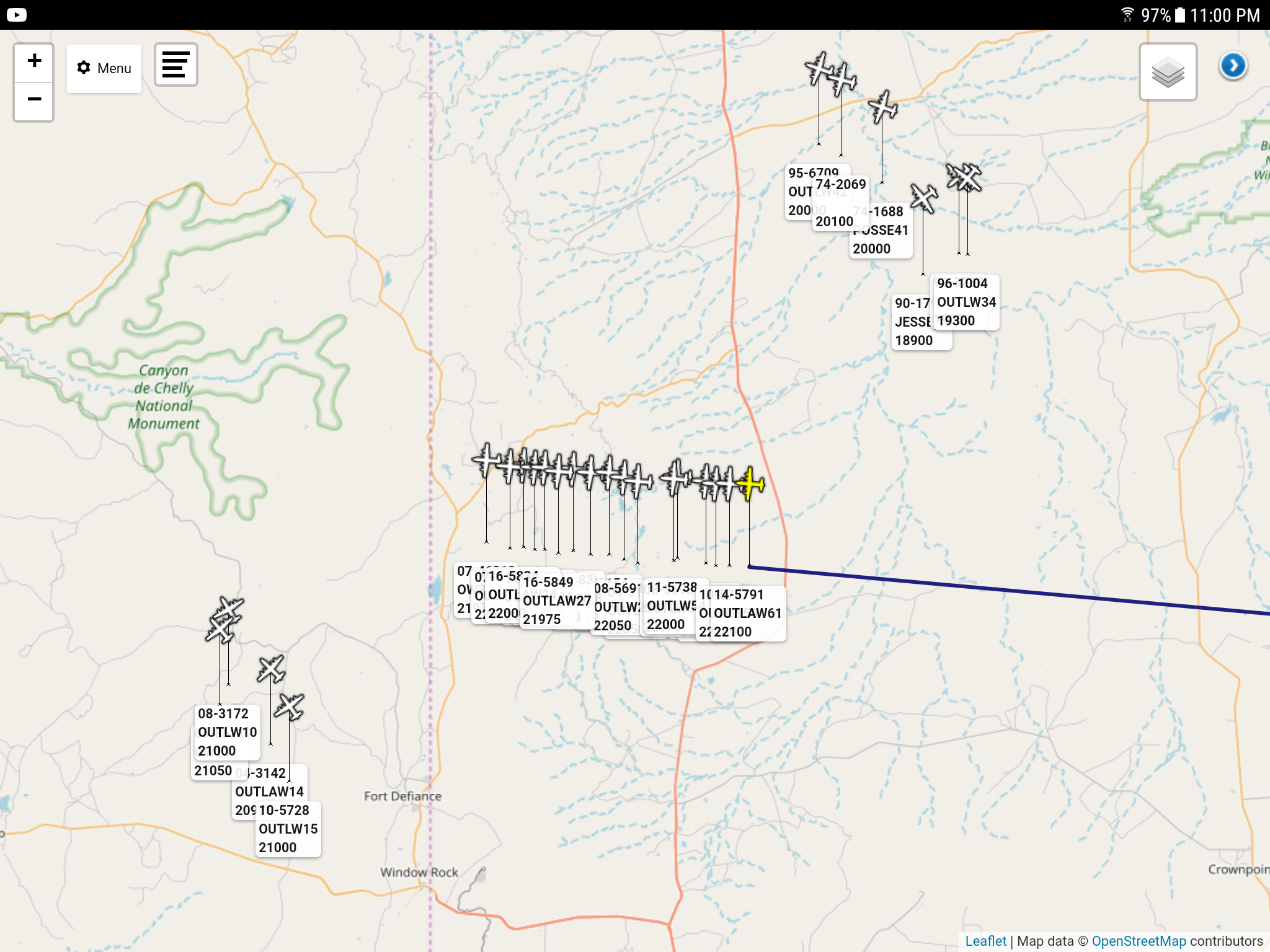 That's a lot of "Outlaws"

Additional aircraft "Thugs" same time to the west and Colorado. 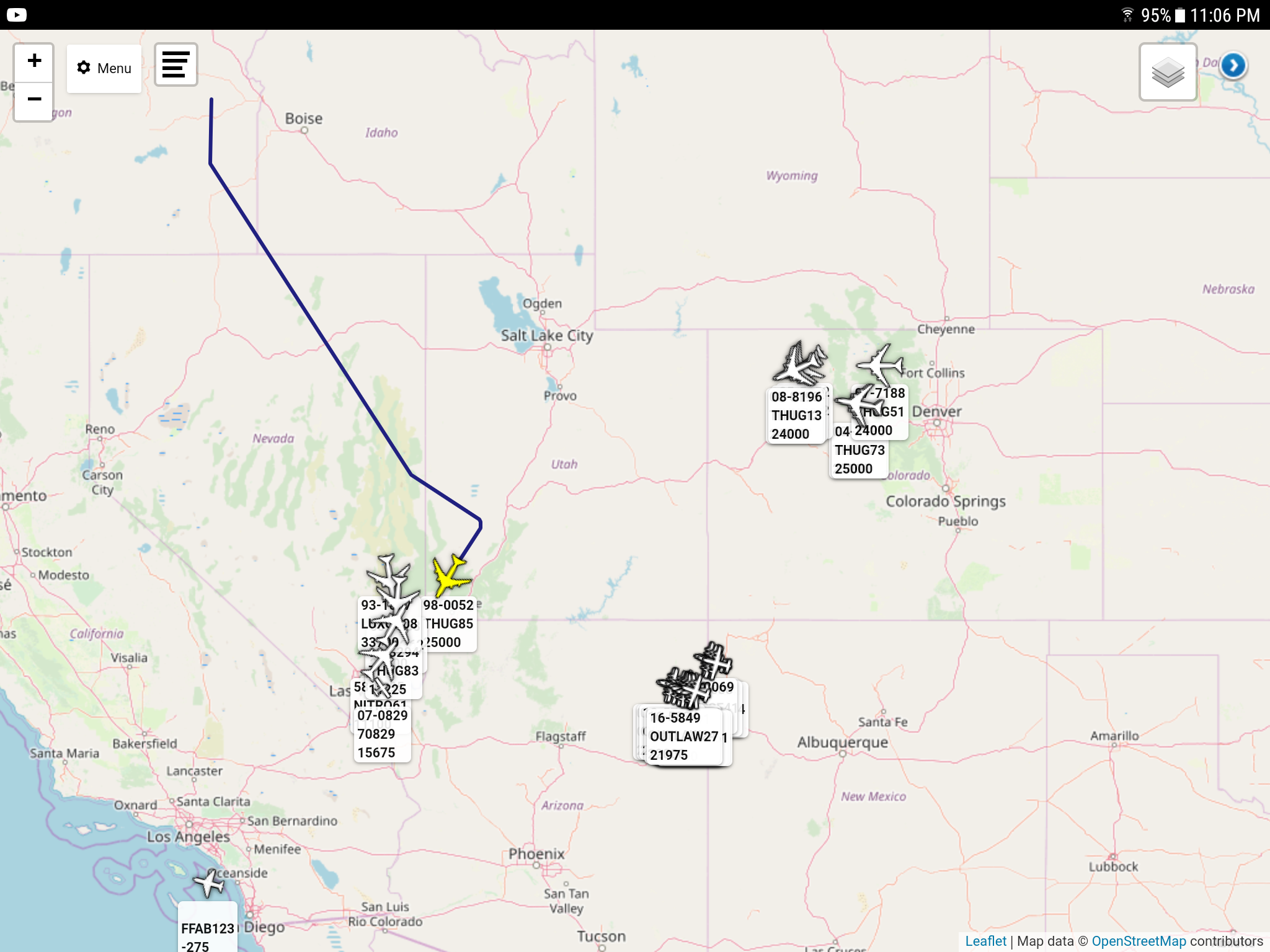 I was actually expecting it to be the Thugs again. There's apparently a concurrent exercise going on up at Mcchord that has a bunch of C-17s there.

Will it continue tonight?
I'm watching now to see if they start again.
Also... is 742 under repairs or upgrades at Lackland AFB? Both AF1's at 2 locations at once yesterday. 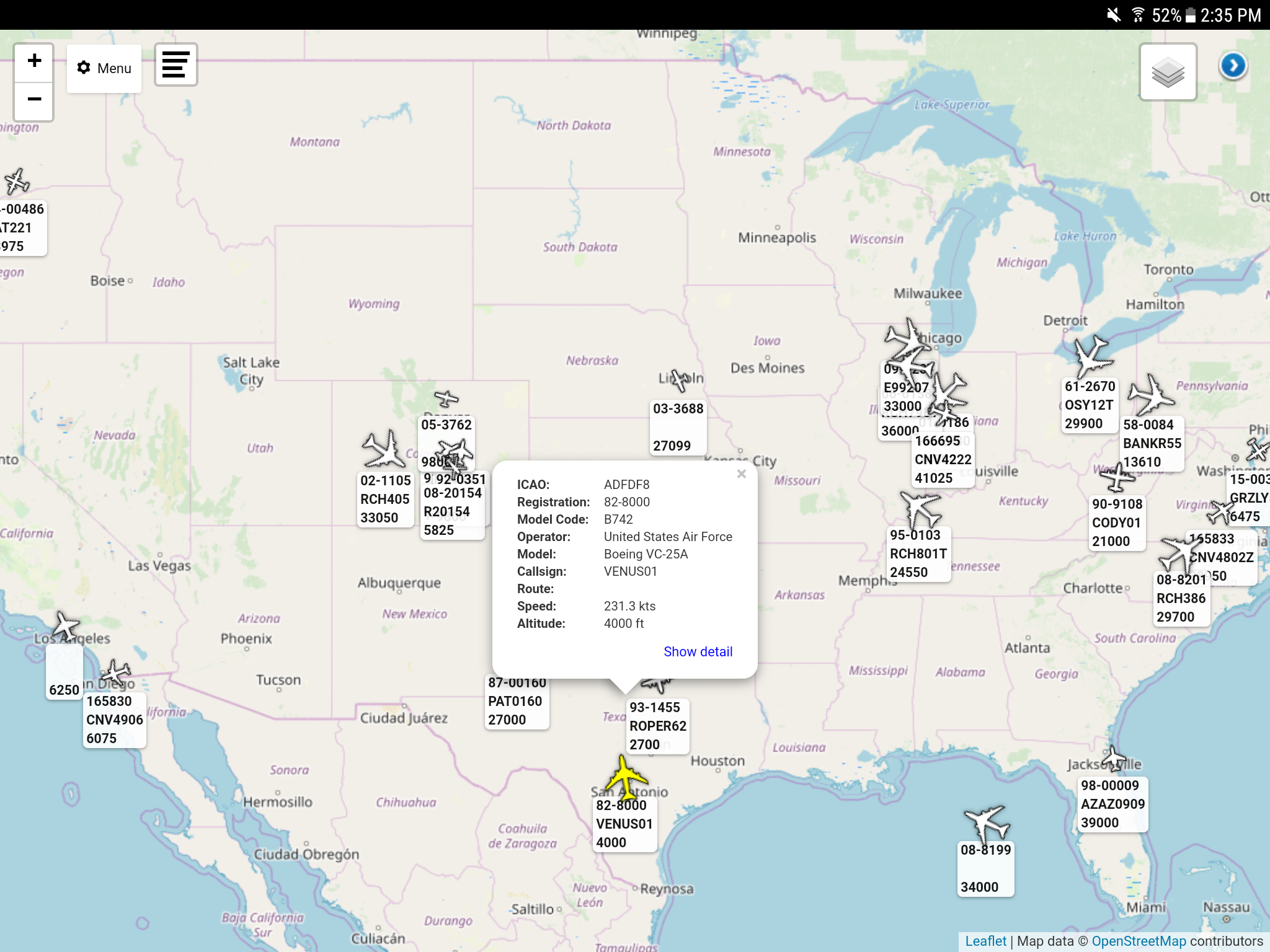 
Edit: I was pretty aware of which was where..
Call Signs are touching BTW. Tribute 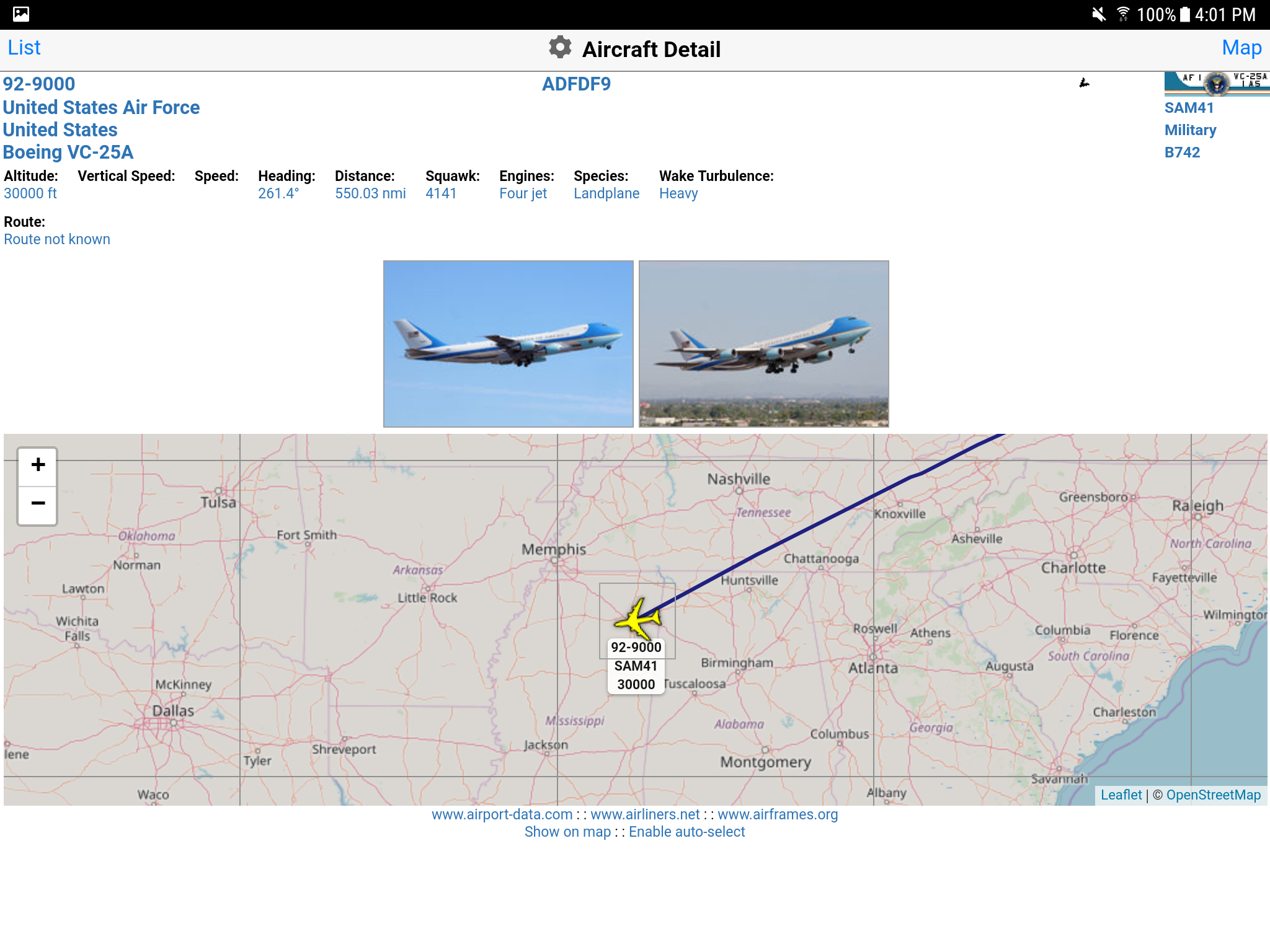 No, 29000 was for Bush. They did several flybys when arriving back in Texas. That left 28000 for Trump. SAM is the standard callsign for Andrews. It stands for Special Air Missions. Venus is usually used when they're on a training flight.

It's been going on for a few days. Last night was the big night though. They have one big day when they simulate kicking the door open and moving large numbers of troops. Sometimes they do it during the day, and the guys around Nellis get great photos and video.

Speaking of VENUS01, she came through Dyess today. This is a heavily cropped photo of my camera screen. It'll be a few days until I can get the full shot uploaded.