The Clintons May Have Just Run Out of Time

page: 1
136
<<   2  3  4 >>
log in
join
share:
burdman30ott6
+84 more
posted on Dec, 6 2018 @ 07:58 PM
link
The Clintons have long had a "unique" relationship with China. It has made them a tremendous amount of money and provided a huge amount of access to the US to China in return... a situation which the feds have often sought to expose as criminal and which has always run into partisan road blocks and deflections to defend the Clintons from actual consequences. Their time may have just run out. The arrest and extradition of the Huawei CFO, under unspecified charges, may signal that the game has changed and the pigeons that started flying the White House Coup in the mid 90s are finally coming home to roost.

This is a twisting maze of relationships and connections, but if you follow the money and the players, it is obvious that the Clinton's fingerprints exist on this network and they exist in great number as well as detail. It doesn't even stop at Bill and Hillary and their time as First Lady and President... it runs all the way into Hillary's tenure (at the time fresh and just begun) as Secretary of State, when she ensured her brother's financial interests in Hong Kong, including executives from Huawei, would receive US visas. Those visas were then used to spy on this country which she was sworn to serve and protect.


In describing the "latest imbroglio involving Hillary Clinton's brother Tony Rodham," Purdum notes Tony's efforts to get a visa approved for a foreign investor in Clinton friend and Virginia Gov. Terry McAuliffe's company while his sister was secretary of state. But he fails to mention that it was Bill Clinton himself who got the Chinese investor together with Rodham and McAuliffe at the Clinton Global Initiative in Hong Kong in 2008, just days after Hillary's nomination as secretary.
SNIP
Nor does the article by Purdue tell the full story about the cash-for-visa scandal involving Tony Rodham. At least one of the visa applications was for a vice president of Huawei Technologies, a Chinese telecom company that has been accused of spying on American industries, pirating American technologies and providing crucial equipment to our enemies. Huawei has been trying for years to do business in the U.S., but we won't let it in because of its history of cyber spying and reported closeness to the Chinese military. But Tony was all too happy to help Huawei.


The emails obtained by Grassley's office, which were shared with NBC News, show that, after winning approval to participate in the foreign visa program, at least one of the visas sought by Rodham's firm was for a vice president of Huawei Technologies, a Chinese telecommunications firm that has been investigated by the House Intelligence Committee over claims that it is closely tied to the Chinese intelligence services. Huawei Technologies has denied such charges.

This will end up going back a long ways, too. Well before Hillary was the SOS.
en.wikipedia.org...


Johnny Chung
In 1996, then Senator John Kerry was in a tough re-election fight against Republican Governor Bill Weld. In July, Kerry met with businessman Johnny Chung and his Chinese partner Liu Chaoying. Johnny was born in Taiwan and later became an American citizen.


Between 1994 and 1996, Chung donated $366,000 to the DNC. Eventually, all of the money was returned. Chung told federal investigators that $35,000 of the money he donated came from Liu Chaoying and, in turn, China's military intelligence.[9]

So where does Huawei come into this?


In 2007, US diplomats reported that Liu Chaoying was “involved in arms sales to foreign countries through Huawei and other military or quasi-military companies on whose boards she sat”. Her elder brother, Liu Zhuoming, is an influential navy admiral and member of the National People’s Congress.

In September last year, Chinese president Xi Jinping paid a lengthy personal tribute to Liu Chaoying’s late father on the occasion of the centenary of his birth, declaring Liu Huaquing to be one of the greatest leaders of the modern Chinese military.

So we have the CFO of a company which was intimately involved with some of the major players of the Chinese election funding fiasco of 1996 as well as a company who had executives receive sketchy US visas from a Secretary of State whose brother was financially tied to that company prior to those visas being removed for accusations of spying and foreign espionage being extradited for unspecified reasons. We have a paper trail which has multiple tails connecting her and her father's company to the Clinton political machine. We have a bonafide foreign "pay to play" scandal brewing right in front of us, a scandal which has repeatedly been looked at, but always turned away from before the real benefactors of the scandal are pinned down and brought to justice. Hmm... anyone else thinking this may, finally, end with the teflon being scraped off of William Jefferson Clinton and Hillary Rodham Clinton? Anyone else wondering if maybe, just maybe, the reason we've seen zero charges brought federally against Hillary Clinton in the 2 years Donald Trump has been in office was because he was playing the long game and the DOJ was actually assembling a case that wasn't based on paid fake dossiers, rumors, and wild volleys of accusations in the hopes something stuck but, instead, was based on cold, hard evidence?

The Chinese have a saying "May you live in interesting times." Well, the times may be about to get "interesting."

Didn't see this there...
dailycaller.com...


Former President Bill Clinton approved the sale of sensitive U.S. missile technology to China following donations from a key missile manufacturer to his campaign, in a move prescient of the Clinton Foundation’s “pay-to-play” activities.

Bernard Schwartz donated about $1.5 million to the Democratic Party and Clinton’s 1996 campaign for reelection between 1994 and 1998. Schwartz, who was at the time chairman of Loral Space & Communication Ltd., seems to have used his influence to persuade the Clinton administration to switch the licensing authority for missile exports from the Department of State to the Department of Commerce, as the latter was more vulnerable to political influence.

You know... Bill selling tech to China in return for campaign donations.

The Clintons and China go WAAYYY back.

edit on Thu Dec 6 2018 by DontTreadOnMe because: ADDED LINK IMPORTANT: Using Content From Other Websites on ATS

posted on Dec, 6 2018 @ 08:12 PM
link
interesting.
is the arrest of the current Huawei CFO related?
I know the media said she was arrested in connection to huwaei breaching the trade embargo in Iran but maybe there is more too her arrest?

toysforadults
+9 more
posted on Dec, 6 2018 @ 08:13 PM
link
let's hope and pray that some of this leads back to and exposes a boatload of corruption

Oh, there are definitely far more China connections than just the ones I mentioned. From Wen Ho Lee stealing nuke secrets from Los Alamos to Ng Lap Seng and his dozen visits to the White House and stays in the Lincoln bedroom. I'm focusing strictly on the connection to Huawei here, though. The arrest of their CFO should send some shivers down a number of political spines, but I have a feeling the Clintons are the most chilled by the news.

The DOJ requested all of it to remain sealed, including the reason for the arrest. The Iran idea is just speculation at this point, but really doesn't make much sense considering the cost to benefit ratio for the US. If Huawei had provided Iran with anything that can be used in their nuke efforts, we'd be focusing on Iran right now, and none of the news seems to be doing that. I suspect this is much, much bigger.

The arrest of the CFO signals an end to any leverage that the Clintons, DNC, even Mueller may have had against Trump.

Remember, Mueller was head of the FBI during Hillary's tenure as SoS.


So look to see a lot of barking from the dems, but no bite.

posted on Dec, 6 2018 @ 09:09 PM
link
I find it hilarious that China wants her returned because of human rights violations.
Riiight human rights matter in China now.

I doubt if she is returned that anything humane and right will happen to her.

It's crazy how this situation is only one out of at least 100 crime scenarios that Bill & Hill pulled on this country. 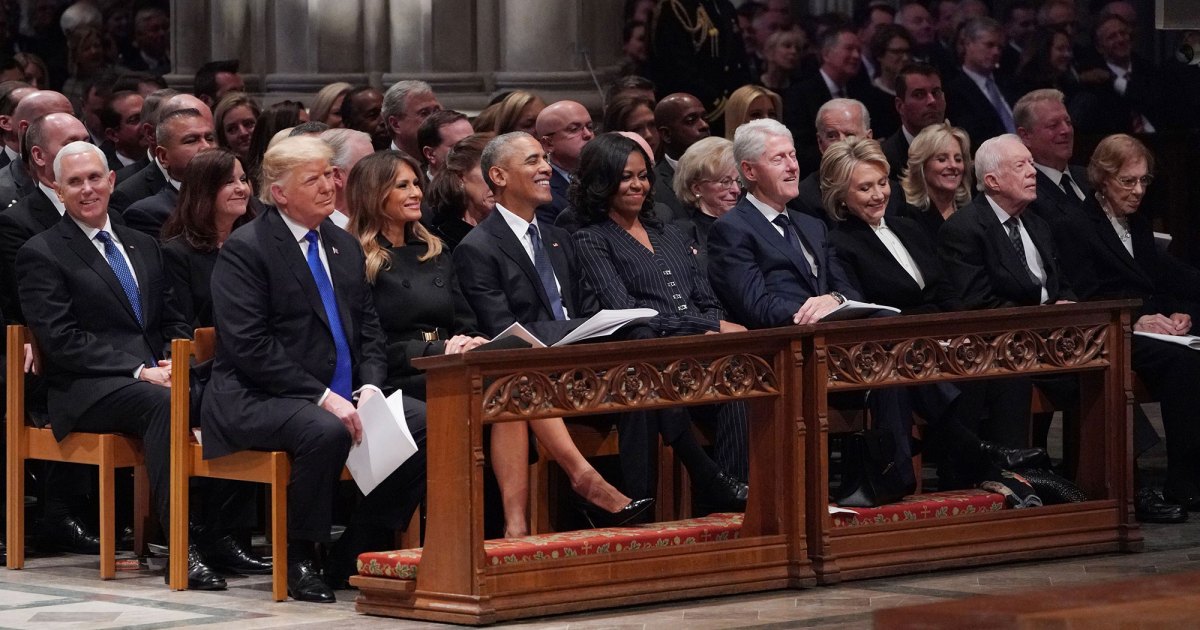 So they did not go jail for obvious national security violations that anyone else would see prison for in an open and shut case of evidence destruction (wiping data with bleachbit, smashing hardware with hammers) so I don't expect this corruption to be prosecuted either.

It would be nice to see corruption dealt with but my expectations are low.

posted on Dec, 6 2018 @ 10:40 PM
link
I'll believe it when it happens. People have been screaming "lock her up" for 6 years now yet she's still out giving speeches and living a life of luxury.

As far as I'm concerned, based on past history, this is just another carrot being strung at the end of certain people's sticks.

Don't get me wrong, Clinton is the closest thing to an actual witch you can get but she's not going to jail any time soon. It's a pipe dream to think otherwise.
edit on 12/6/2018 by 3NL1GHT3N3D1 because: (no reason given)

posted on Dec, 6 2018 @ 10:57 PM
link
Did China retaliate the arrest of the Huawei CFO by downing the two Marine aircraft off the Japan coast? It has been said the electronic chips that are made in China which are then placed on critical circuit boards, have been installed in many of our aircraft and that they have "back doors" built in that can be accessed and reprogrammed and/or shut down.

I hope the flight recorders are Quickly recovered and analyzed...
edit on 6-12-2018 by NightFlight because: Added something a little more succinct.

Apparently the NEW AND IMPROVED U.S. Federal Government is preparing to bring JUSTICE to people who were "too big for justice", just 2 years ago. I hope they crack down on the Fake News media outlets too.

What are you basing this off of? What bigtime government official has been put in jail over the past two years?

originally posted by: 3NL1GHT3N3D1
a reply to: carewemust
What are you basing this off of? What bigtime government official has been put in jail over the past two years?

Over sexting. Not sure how that amounts to government corruption.