The Eyes May Have It, But this Ladies Eyelashes OWNS It LOL!

posted on Dec, 6 2018 @ 06:41 PM
link
61 year old Charlene Thompson was recently charged with assault after pouring hot grease on a victim during an argument, which resulted in severe burns. She also had two outstanding warrants at the time of her arrest and has been charged in the past for assault and throwing rocks at her neighbor's house, resulting in damage. A domestic violence charge in 2006, was later dismissed for allegedly striking her daughter on Christmas Eve.

Thompson has faced her fair share of legal drama over the years; between 2016 and 2017, she was twice accused of breaking a neighbor’s window by throwing rocks, and she was also charged with assault in 2008 after punching a victim in the face.

FOX19 reports she was also slapped with a domestic violence charge in 2006 for allegedly striking her daughter in the mouth and back of the head on Christmas Eve, though the charge was later dismissed. 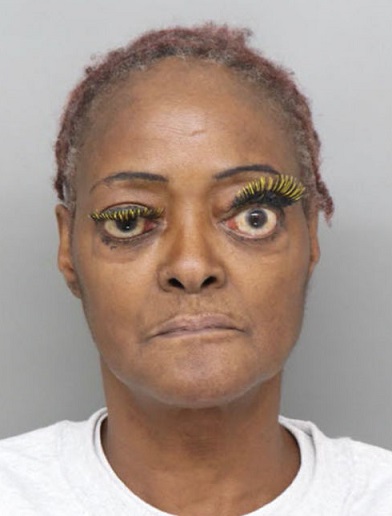 If the eyes are the window to the soul, then this crazy ladies' eyelashes are the curtains to a sick mind. When I saw her mug shot, I instantly thought of this bulging eye meme... 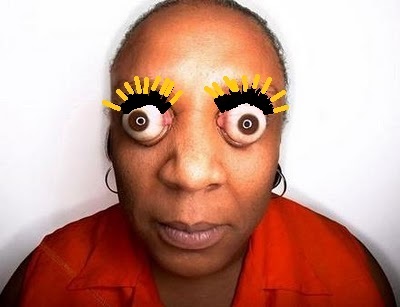 posted on Dec, 6 2018 @ 07:58 PM
link
I feel sad for her. You've got to be pretty far removed from reality to not see the ridiculousness of those eyelashes. It's probably similar to how an anorexic looks in the mirror and sees fat, while everyone else sees skin and bones.

Is there mental illness involved?

Is there mental illness involved?

If a low IQ is considered a mental illness, sure.

originally posted by: skunkape23
She needs to flap those things and fly her ass on down the road.

Those aren't the luscious lashes of ANYONE who's cheese is still firmly attached to her cracker....
edit on 6-12-2018 by MteWamp because: (no reason given)

posted on Dec, 7 2018 @ 07:34 AM
link
Maybe she needs those clown-like fake eyelashes to hide her Marty Feldman eyes. 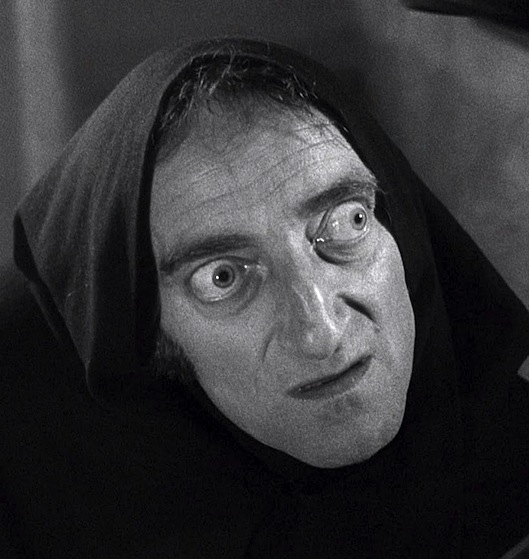 I'm also seeing some drooping on the right side of her face. I wonder if she's suffered a stroke in the past.

Maybe I'll use that for my profile pic.