posted on Dec, 6 2018 @ 01:15 AM
link
The Ministry of Defense of the Russian Federation distributed, as it reports, “unique footage of interception on the experimental combat duty of the latest Peresvet laser complexes, the first samples of which began to arrive in the army last year”.

“On December 1 of this year, Peresvet laser complexes, based on new physical principles, took up combat mission duty. Their equipping of the Armed Forces began in 2017 within the framework of the State Armaments Program. ” “With the arrival of laser complexes to the troops, their mastering and combat calculations were organized. The personnel of the units in service of which this newest weapon is retrained on the basis of the AF Aerospace Military Space Academy. Mozhaisky and in industrial enterprises, where he acquired the necessary theoretical knowledge and practical skills. In the course of mastering this modern armament, combat calculations of laser complexes have worked out actions on equipment with the implementation of deployment measures and preparing them for use. ”

posted on Dec, 6 2018 @ 01:17 AM
link
Earlier, the combat position of the Peresvet complex was found on satellite images widely known among the amateurs of military equipment rambo54.
twitter.com...

The location of the position is quite unexpected (Teikovo, Ivanovo region, position of the 2426th technical missile base of the 54th Guards Rocket Division of the Strategic Missile Forces (latitude 56.898855 °, longitude 40.578283)) and gives a hint on the tasks that this complex will solve. 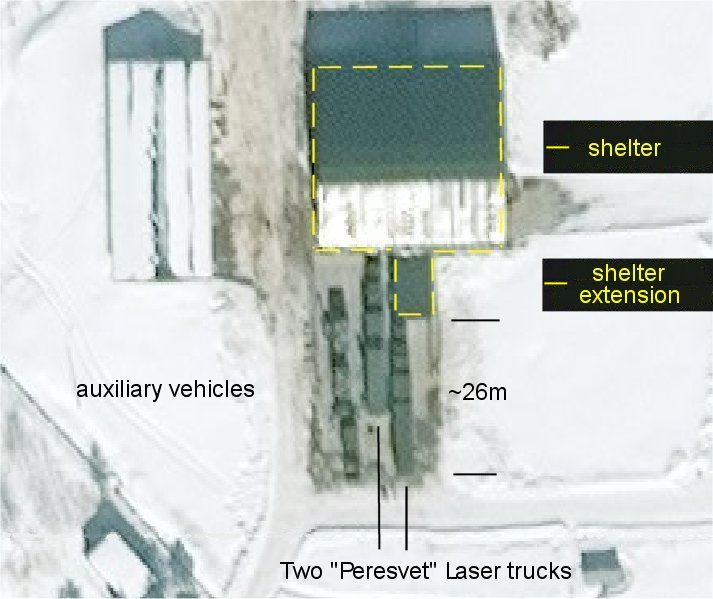 Location made by rambo54: 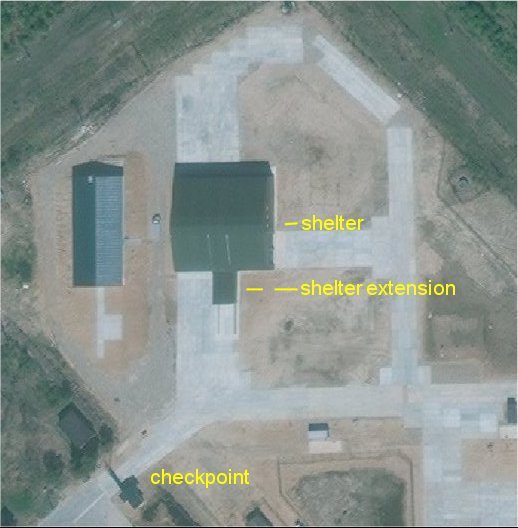 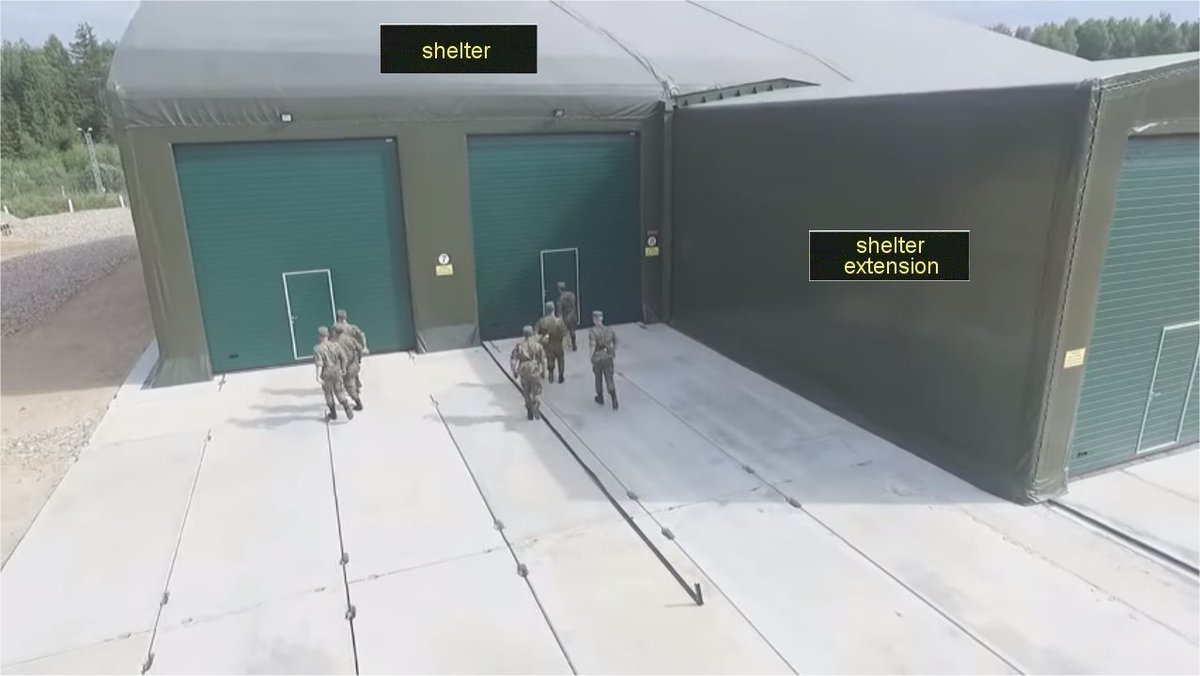 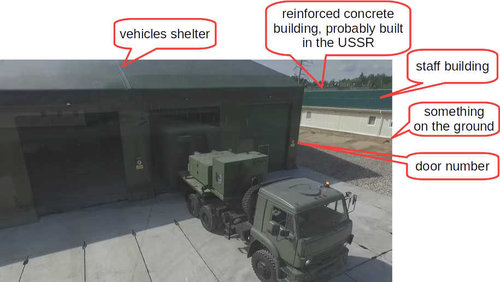 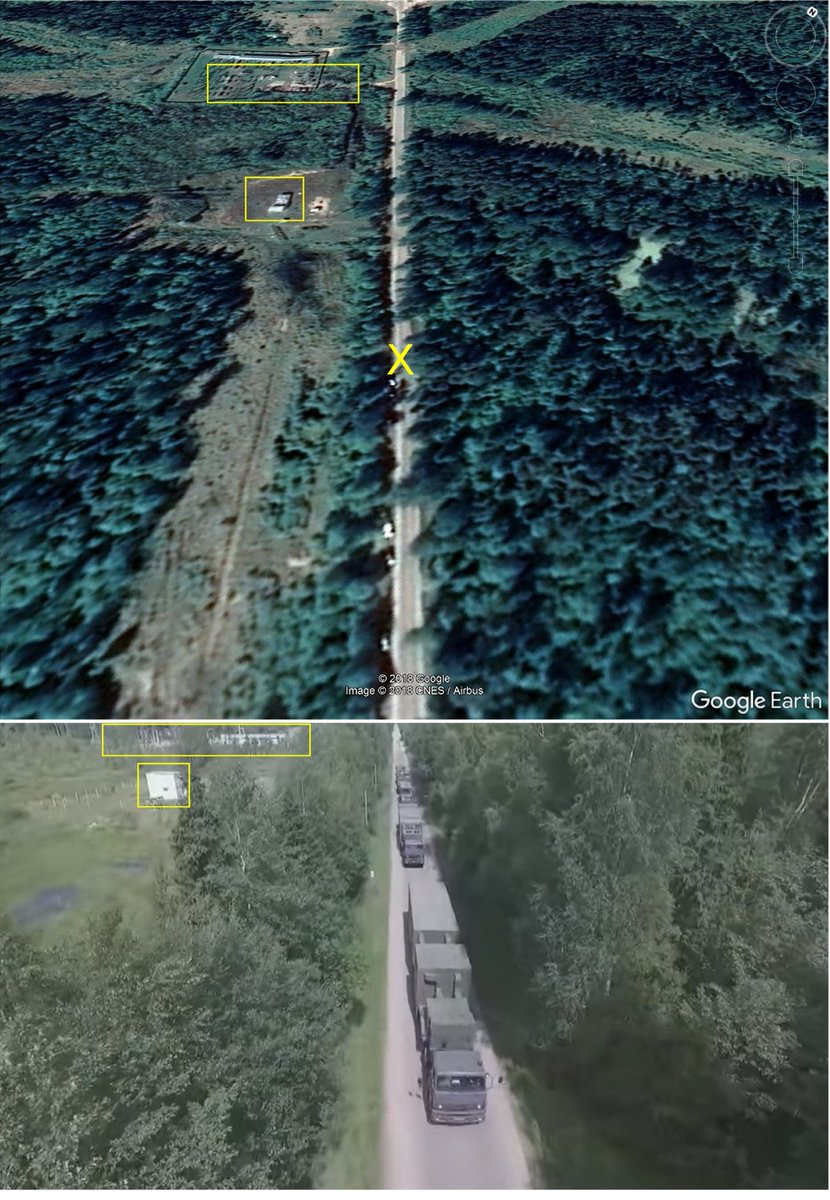 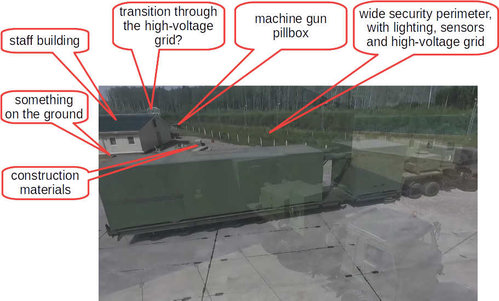 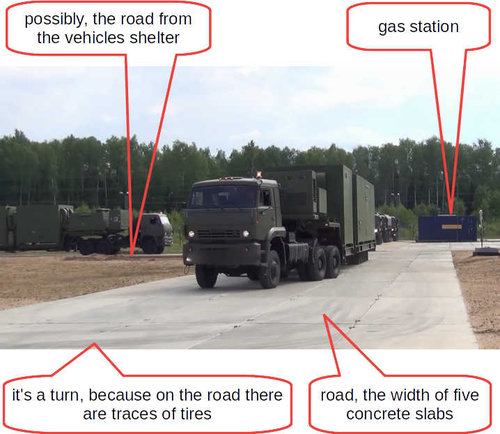 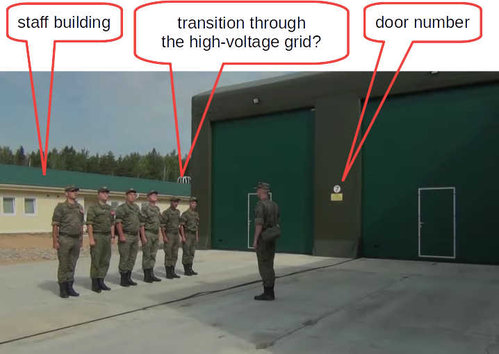 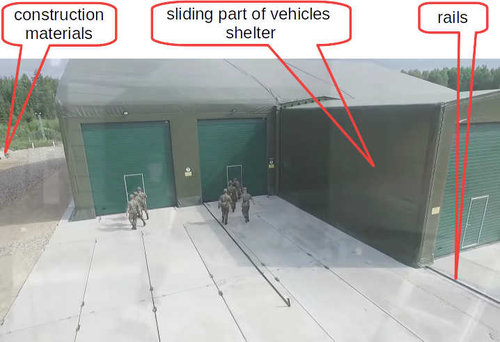 There is an assumption that these positional areas indicate that the main purpose of the Peresvet laser complex is to blind US low-orbit satellites, both reconnaissance and, apparently, primarily promising satellites of the missile early warning system similar to those previously created under the STSS (Space Tracking and Surveillance System) program, as well as possible sub-orbital and altitude atmospheric sensors SPRN and PRO (the work on which is also conducted in the US ). Dazzling reconnaissance satellites and early warning missile satellites can be an important prerequisite for neutralizing a promising US missile defense system in preparation for a missile strike and at the time of a missile strike.
bmpd.livejournal.com...

originally posted by: Phage
a reply to: RussianTroll

What reason would we have to not own powerful lasers in the US ahead of the Russkies? It wouldn't be because no one knows how to attenuate and focus a beam of energy.

Let's grant this right to their legitimate goals that will fly to Russia, perhaps)))

originally posted by: ressiv
perhaps its an laser based "radar "system to spot stealt-planes ?a reply to: RussianTroll

And why "to spot stealt-planes" ???
Stealth so perfectly visible on the Russian radar.
I would say that this is an inflatable catapult, it would be more plausible)))

It is only a matter of time before projected energy weapon's become commonplace among the developed army's, air forces and navy's of the world but first they have to become cheaper and more effective.
Mostly they will take the form of tactical weapon's such as the US rail gun system's etc but in fact they have a very long dark history to them far predating the Reagan era SDI of the US, in fact one British expert has even come forward with claim's that we were using microwave weapon's as far back as the mid 1960's.

We all have an interest in this especially with claim's of area based energy mind control and even directed energy attack's upon the populations of many western nations by there own government's or shadowy agency's related to those government's.

Then we have the recent attack's probably by China upon the US embassy staff in Cuba as well as Claim's of lasers being shone into USAF cockpit's while they were flying over areas contested by or sensitive too the Chinese on multiple occasions now.

Were the technology is concerned the cat is well and truly out of the bag now.

Recently there was a claim the Chinese had fielded a prototype laser gun the size of an assault rifle and while it would not be as effective as a traditional assault rifle it is still a very interesting development if it were true.

Traditionally it has been the size and weight constraint's of the power supply's and the relatively low damage provided by these weapon's which has prevented them from being developed but the US among other's has done some research into the far more dangerous field of plasma based weapon system's.

Now I am grasping at straw's here but I would assume the US system's would be something like this.
A material pellet would be fed into a chamber and fired, while in flight it would be super heated into a plasmatic state perhaps using lasers to perform this and it would then be further accelerated toward the muzzle of the weapon using magnetic pulses.
I also suspect that plasma based weapon's would have a fairly limited range due to the difficulty of keeping the plasma in a contained package over it's flight toward's it's target but if it can be kept contained enough the effect would be like hitting the target with a shaped explosive when the plasma impact's the target and it would burn through most armor's and cause devastation within vehicles or body's.

Laser's have multiple draw back's, atmospheric conditions can severely limit there range with a dust storm (or a thermal Smoke Screen made of laser opaque particles such as those used to hide vehicle and solders movement's from infra red detectors) for example rendering them virtually inert, they can be shielded against quite easily BUT they have the advantage of not needing ammunition in the traditional sense of the word just a power source.

Here is something on that Chinese weapon.

If this is true then it is only a short time before this technology become's FAR more powerful and far more portable even to the point of eventually having LETHAL pistol blaster like lasers within a decade to a decade and a half.
Now a sufficiently powerful laser would have this effect.
Upon impacting the target a low power laser will heat it, a high power laser with FLASH heat it, the higher the power the faster the flash heating and if sufficiently fast hitting a liquid body such as a human being it would cause flash boiling and explosive out-gassing of that body fluid meaning the impact area would literally explode.

Of course in operation desert storm the US tested successfully many still top secret directed EMP projector's which were able to completely shut down Iraqi vehicles and equipment.
And a whole raft of other technology's were tested there such as an AP point tipped missile which would penetrate the mild steel hull's of the Iraqi tank's and then explode a small ball of mercury inside the tank with the affect of leaving the tank mostly intact, intact enough to be used once you replaced a few broken glass dial's and soft component's but the affect it had upon the crew - well to repeat what was told to me by a guy that worked upon this field world they had to use a hose pipe to wash out what was left of the crew.


Here's a kid in the US whom is very clever and hooked on home made lasers.

Already there were reports that the Chinese laser destroyed 2 US aircraft in response to the abduction of the top manager of Huawei in Canada.

I think all this is a huge exaggeration and fantasy.

I agree that has most definitely got nothing to do with the arrest of the daughter of the founder of Huawei, whether that arrest however is valid or was politically motivated is another matter.

Of course politically motivated. Russian media report that she is accused in the United States for violating sanctions against Iran. From the point of view of international law, this charge is absurd.

Well if she is a Chinese citizen and she is it would only apply if China has also agreed to those sanction's and if it has then it is actually up to China to prosecute it's own citizen BUT if she was trading with Iran from other nation's in good's manufactured in those other nation's then she WOULD be in breach of THERE sanctions and so liable to criminal prosecution under those criteria.
IF however those trades were in good's and serviced NOT provided through or from the nation's that ARE in agreement upon those sanction's then her arrest become's an extra judicial matter and could be argued to be a wrongful arrest under those circumstances.

In that respect it MAY have a few parallels with the Assange case.
edit on 6-12-2018 by LABTECH767 because: (no reason given)

She is the daughter of a leading Chinese billionaire and founder of the company. If the United States arrests people from other countries for violating their laws, then other countries will do the same - arrest US citizens on the basis of their laws. Do you know whether you are violating the laws of China, Russia or Zimbabwe while in your own country? Can you keep track of which laws are adopted daily in other countries?

Sorcha Faal. King of BS. They were performing one of the most difficult tasks out there, a night refueling, and collided. There's zero evidence that anything like a laser was involved.
edit on 12/6/2018 by Zaphod58 because: (no reason given)