Dems - Do you really want to push THAT button?

I created this topic in the Mud-Pit because it just seems fitting.


An open question to ALL dems, leftist, commies and Trump haters everywhere....

Something I was pondering today and maybe someone can answer this for me:

You claim that Trump is all of a million slanderous things, he's crazy, he's going to do the USofA in, destroy the country, kill your moms and dads, and all the nutty things that are being said. Some may be true.... Maybe. But, if Trump was this big baby that everyone on the left says he is, tell me something?


Do you really want to piss off the guy who can start an all out nuclear war? The guy is up there in age. Hell, he could just say screw it... people suck and don't deserve to live... Time for the roaches to evolve! He doesn't even have to press the button himself. He can rile up China, Russia and everyone else so bad if he really wanted to, that who knows what wars and terrorism would come our way. Yet, he's all of these terrible things and unfit to be PoTUS. Wouldn't that be like baiting a crocodile with a chicken leg? He's coming for more than the chicken leg.


So tell me... What are you crazy dems in office REALLY trying to achieve? Chaos? Civil War? World War? Planet obliteration? Remember, the PoTUS only has to be one beer short of a 6pak to go all BBQ Billy on the planet. If Trump really is.... Why would you push him?


Thanks for joining me!

That concludes our lecture on Nihilism 101

They want to see the world burn. 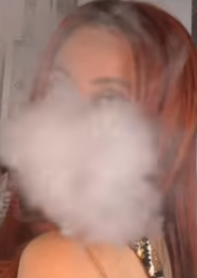 What a long way we’ve come from the arguments “He hires the best people” or “He’s the lesser of two evils.”

Now it’s just leave him alone or he’ll kill us all.

Talk bigly words, he can hear you!

Frankly, if you were really all that worried that he was going to suddenly become the second coming of Hitler, there are far more effective ways to deal with him than to wait on Mueller to do ... whatever he's not apparently doing.

And if you think he's going to nuke us all, you either act decisively and quickly or you lay low. You don't constantly antagonize the guy like so many gadflies.

he is a lock for another 4
sucks but whatever

Do you honestly think that the military or the CIA, NSA, MFA etc. will give free reign to Cap'n bonespurs.


trump can't stop the leaks coming out of his own WH. Even his own staff is mocking that pathetic dork.

originally posted by: StallionDuck
You claim that Trump is all of a million slanderous things, he's crazy, he's going to do the USofA in, destroy the country, kill your moms and dads, and all the nutty things that are being said.

I don't personally think Trumps all that... the US will rock on, with Trump or without.

I just think the guys a tool and anyone who idolizes him is totally owned.


Do you really want to piss off the guy who can start an all out nuclear war?

The guy can't even put and end to a criminal investigation against him, by an organization that his very government funds the existence... lol.

The US government as a whole is obviously something that should always be taken very seriously, by all entities... But president Trump on his own, just comes across as all bark and no bite.

posted on Dec, 5 2018 @ 04:09 PM
link
If any of this is the case, why do people want him to be president? "Our leader's a bit off his rocker, better leave him alone or he'll stir the pot enough to blow us all up." That's precisely the reason why people should intervene. Why would anyone want someone in power with even the slightest possibility that they'd do this just to spite people? You answered your own question.

sorry but Saudi Arabia is that way...not here

He has children and grandchildren. If he were single with no family, I might give this consideration.

originally posted by: narrator
If any of this is the case, why do people want him to be president? "Our leader's a bit off his rocker, better leave him alone or he'll stir the pot enough to blow us all up." That's precisely the reason why people should intervene. Why would anyone want someone in power with even the slightest possibility that they'd do this just to spite people? You answered your own question.

What I don't like about Trump, is his sexual behavior. I don't respect cheaters

I was angry at Bill for cheating on Hillary, but now stand corrected, due to inside information from 2 lesbian Hillary supporters who have partied with her. These are women who love her, and fully support her. Per both of them, Hillary was doing sexual things with other women at both parties. Bill likely was not cheating. She doesnt care, he is just to keep it low profile, so as to not embarrass her. She is no more then a witch. Literally. Ask her Coven

Now lets do Barack! Male gay prostitute as a youth. His pay was coc aine. He was dating older white men. A high ranking world banker with political connections? Maybe.
Men who are gay in their high school years , don't change into a hetero later.

If someone did an interview like this about me, and it was false, I would sue the crap out of them, and win. I would take everything they had. Obviously it is true, and he knows her. He doesn't want to open that can of worms.

Most telling, and at the same time, the worst argument for Trump to be president possible.

I mean if he has such a big ego, one would think that he wants to leave a positive lasting impression. I don't care how big of an egotist he is, he cant believe he can will that impression through while hurting America. Stands to reason he wants to make America better, not worse. Personally I'm quite certain the Trump we know is and always had been a persona, he may somewhat buy into it from the years of playing the part.

They obviously thought they could nag him enough to snap and do something stupid enough to be impeached, or maybe go ahead and take a few of those totalitarian steps for them to use when they cheat they're way back into power.

So let me get this right... your seriously claiming the last president of the United States, was once a coc aine addicted male prostitute?

It all makes sense now, no need to scratch my head and wonder anymore.

Trump become president because to much of you guys have literally lost touch with the very fabric of reality.

So tell me... What are you crazy dems in office REALLY trying to achieve?

The Democratic party is hoping that in 2020 people will forget 2016. Keep the focus on Everything Trump = Bad and maybe no one will remember how the Party selects its candidates without regard to Democratic voters. Remember how people donated to Bernie Sanders run without knowing that Hillary Clinton had already bought the nomination? They're hoping you don't. They want to use the same strategy.

They will have some candidate vie for the nomination who will vehemently support issues that resonate with traditional liberal voters. Stop the wars, help the poor, tax the rich, legalize weed, think of the children, etc. Then they will have a more "established" candidate backed by the CFR who espouses the same talking points in a lukewarm manner. When the "campaigning" is done, the CFR candidate will emerge victorious and the upstart will implore their supporters to vote for the Democratic nominee over the evil Orange One.

People will need to be given the illusion of choice, and that means they need to forget that the illusion was exposed in 2016. Hopefully, four years of telling people that Trump is the most evil human ever will get people to vote for whoever the party selects as its candidate.