Funny for many reasons.

One, she is totally wrong; dems actually do a much better job at appealing to emotion and morality than Republicans.

Second, Hirono doesnt seem like the person to be discussing bow smart dems are, given her brilliant statements such as men need to step down and shut up, and Kavanaugh was guilty until innocent.

Silly video, but hey, it was funny and worth making a video on.

She's made many flub-head statements recently in an "official" capacity.

Too bad her mental capacities are very limited.

posted on Dec, 4 2018 @ 10:19 PM
link
You'd think since it was a Democrat president, FDR, who sacrificed Hawaii to Japanese bombs and plane gunfire to get the support he needed in DC to enter the United States into World War 2, Hawaiians wouldn't be so rabidly supportive of Democrats... but they are. Political Stockholm syndrome? Ridiculously short memories? Ignorance? What's to blame for this self deprecating voting pattern in Hawaii?

posted on Dec, 4 2018 @ 10:49 PM
link
Boy, that woman is delusional. Democrats say that Democrats are smarter than Republicans which is far from true. They want people who believe they are smart to avoid the Republican party and go or stay Democrat. Over my lifetime I have known many different people who were Republicans and Democrats, if anything, I would have to say that Democrats are not as intelligent. Maybe they have more degrees, but a degree does not mean you are smarter, all it means is that you went to college at a ridiculous cost to get a degree. It does not matter if you are a rocket scientist or a farmer, both should be respected for their honesty and integrity not for a piece of paper.

I see very little relationship between political party orientation and intelligence. I know one thing for sure, more people on Assistance from the government tend to vote Democratic because Democrats give more to these people in general and do not tend to require them to work for their financial support. So, this woman is saying all Democrats are smarter, I think this woman is either an idiot or is lying.

posted on Dec, 5 2018 @ 01:58 AM
link
The left used to have more intellectual free-thinkers, but they have nearly all been run out of their politics by the authoritarian zealots. I've noticed more and more of intellectual free-thinking refugees popping up in recent years on the center-right. But, unfortunately, the leadership of the Grand Ossified Party would still rather cater to their own fast dwindling base of zealots instead of seizing on what could re-make their party as the dominant force in politics for the next several decades. Myopia is a hell of a thing.

LOL! As expected, Hirono has it backwards!

The Democrats spend more time appealing to everyone's emotions instead of their brains because they don't have any ideas or solutions! They are the worst when it comes to understanding economics or finances. Their policies on illegal immigration are a prime example of this.

posted on Dec, 5 2018 @ 07:28 AM
link
Well they are smart enough to continually deceive people and get away with it, become wealthy as career politicians, insulate themselves and their party with protection and immunity from laws, impeachment and prosecution. (Look at what they get away with) their special brand of corruption has infiltrated every branch of government, the courts and agencies as well as many states governments.

They didn't accomplish that by being stupid.

It doesn't take brains to spread evil and corruption. It spreads like a cancer all on it's own without any organized effort and that's what we're really witnessing here.

posted on Dec, 5 2018 @ 02:41 PM
link
Democrats are smart. They're practicing tyrants and they've managed to convince half the country to go along with their tyrannical bull#.

What this sexist intolerant bigot thinks is so irrelevant to average Joes reality that she may as well be speaking directly into a raccoons anus as it will have the same impact.

originally posted by: soundguy
We get it, you’re a low intellect right wing shill. a reply to: Grambler

We get it, you're a low intellect partisan hack who's sole ability is to troll, and horribly at that.

originally posted by: soundguy
We get it, you’re a low intellect right wing shill. a reply to: Grambler

As always thanks for commenting to me

You elegance and sound intellectual thoughts always enlighten and humble me

Truly you are a credit to this site and every where you grace! 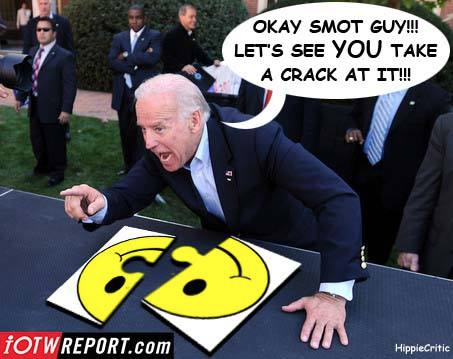 originally posted by: burdman30ott6
You'd think since it was a Democrat president, FDR, who sacrificed Hawaii to Japanese bombs and plane gunfire to get the support he needed in DC to enter the United States into World War 2, Hawaiians wouldn't be so rabidly supportive of Democrats... but they are. Political Stockholm syndrome? Ridiculously short memories? Ignorance? What's to blame for this self deprecating voting pattern in Hawaii?


So are you suggesting that FDR had foreknowledge of Pearl Harbour?