originally posted by: Pandaram
ITS A ROCK!! FFS!


no kidding its a rock, are you always this obvious?'
2

originally posted by: Blaine91555
a reply to: JimOberg 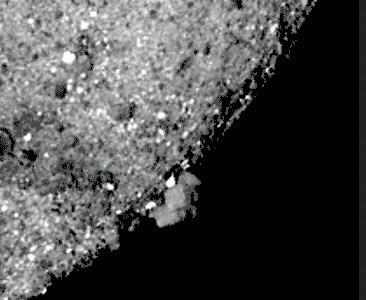 It's interesting until viewed from the side and then it seems obvious its just a rock or a aggregate of rocks.

That is a creepy looking face profile. I know I know, pareidolia, but it sure looks like a better profile face than most could draw.

Look up Conglomerate Asteroid and this is the picture they should use!

Looks like a lot of large boulders resting all over it, sticking up from the surface. The one in the OP being the largest, and that's a very interesting and suggestive shape, until as Blaine pointed out, you see it's profile from the side, then it seems obviously rocky.

Can't wait for a better close up of it though.

This is an interesting view. Some crystals/minerals have a naturally formed cube structure such as Pyrite (or fool's gold.)
Also other crystals, such as amethyst, do at times.

But this thing... seems to vastly stray from other rocks in it's environment. It's sort of freakish.

originally posted by: ladyinwaiting
a reply to: Blaine91555


But this thing... seems to vastly stray from other rocks in it's environment. It's sort of freakish.

It's definitely sort of NOT freakish. There are many other piles and formations of rocks on this asteroid which are very similar.

It's so obviously a rock, that I suspect Jim Oberg is trying to troll the members of ATS for some reason.

Maybe toilet paper used to wipe the Assteroid ?
edit on 4-12-2018 by rickymouse because: (no reason given) 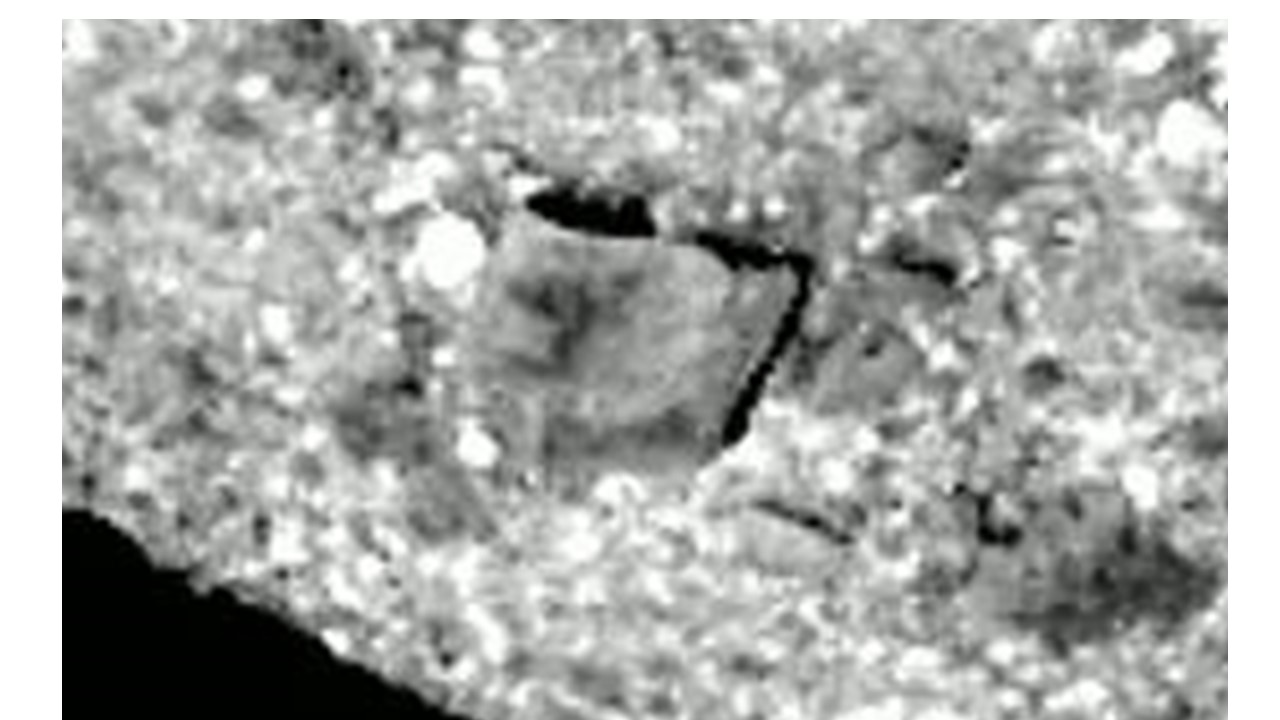 It's so obviously a rock, that I suspect Jim Oberg is trying to troll the members of ATS for some reason.

Yes, he has been known to do that.


originally posted by: Pandaram
ITS A ROCK!! FFS!

Thanks . The op isnt one to just post an obvious rock

I haven't been here very long, but I already know that someone such as JimOberg would not post throwaway fluff.

Yes, he has been known to do that. [cheeky trolling]

On the other hand, I haven't been here long enough to know if he CAN be as cheeky as that on occasion! 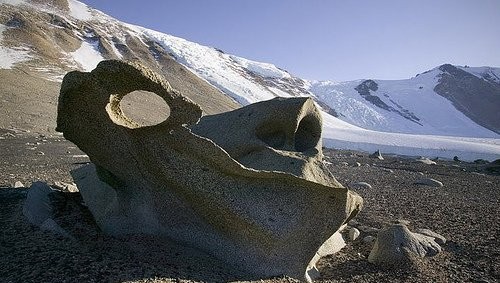 No it's a rock


originally posted by: Middleoftheroad
Any info on the size of it?

The whole asteroid is about 500m in diameter so the object isnt huge judging from the edge curvature shown.

It's interesting and this is a break from the doom and gloom as well as the miserable politics threads.
Now you may know that I am a believer in artificiality on both the moon's surface and upon mars as well as some sites under our own oceans (north west of Cuba for example).
But in this case this does just look like a rock to me, cool almost perfect right angle shadow though and from that angle it almost look's like metallic debris with a smaller distorted rectilinear feature on it's left atop it.

But Blain91555's image put's the top hat on it for me (THOUGH his image does seem to show a definite SQUARE section in the center of the object - I wonder could it be a crystalline formation?), it does just appear to be a weird accumulation of rocky debris - if a bit square even from the side on, perhaps a soft impacted body the remains' of either an other asteroid or even left over from an out gassing during this asteroid's own formation.

But then again I am convinced that NASA has in the past occluded object's they imaged using air brushing techniques and of course today they could easily have real time digital occlusion technology's which may be nearly or actually undetectable and then there was the case of Walter Cronkite and the Building on the moon with his broadcast then being cut abruptly.

But if this was an artifact and remember that even with my own believe in the subject for there to be sufficient such artifacts around the solar system for us to stumble upon them regularly then they would really have had to have gotten around quite a bit - of course if they mined the asteroid belt (perhaps millions or even billions of years ago) then there WOULD be traces and perhaps such traces would be fairly readily found among the larger rock's, left over equipment, technology's which they simply threw away as we sometimes' did in the past with old oil rig's.

Still I am going to assume this is a rock for now, of course the rectilinear form's could also be evidence of poor occlusion techniques having been used to hide something else?.

posted on Dec, 5 2018 @ 06:42 AM
link
the whole thing is a space station , which has been bombarded with so many asteroids its started to take on a rock like surface

Those of us who like astronomy and anything space related care, and this IS a discussion board.

Or did y'all forget that?

I'm pretty sure it's a rock too. However: it's a cool ass rock. It's HUGE. It's shaped funny. And considering the size of Bennu and how weak it's gravity it is, it's wild to see something that huge jutting out that far just sitting there.

Or is it? The object would be a lot bigger and a large part of it is buried under the surface of Bennu.

Whether you think it's a rock or a alien probe/structure, it's still something very interesting to look at and talk about. And bonus: it's not political crap that too many of you insist on not only talking about, but injecting into every single discussion here on ATS.

Aye I find that "rock" just as intruiging as the last 100 rocks from the martian surface or from deep space !

they are exciting new objects from the depths of space!

With weird pokey out bits that get us all talking and excited about a rock!


Sure, but neither of those tools look like the side perspective of this thing:


originally posted by: Middleoftheroad
Any info on the size of it?

The whole asteroid is about 500m in diameter so the object isnt huge judging from the edge curvature shown.

Using CAD and some conversion math I estimate "the rock" to be 35-40 feet high off the rest of the surface.
Dimensions shown are in meters. 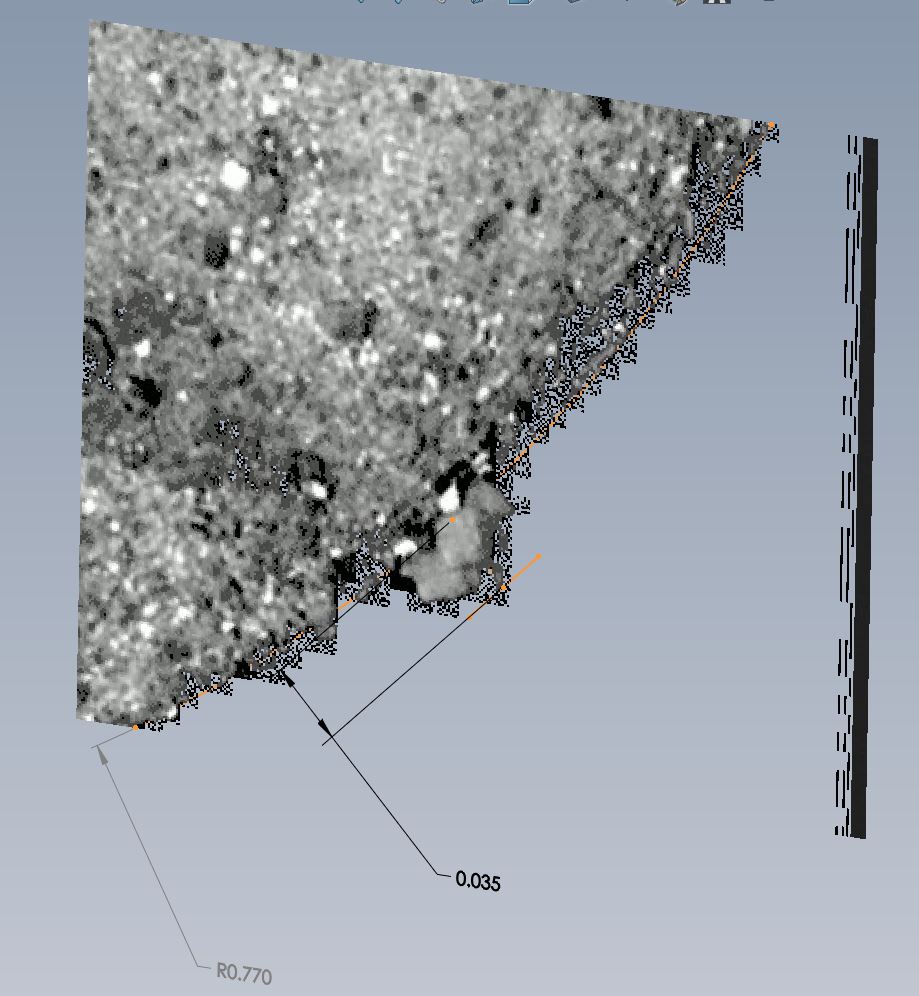 posted on Dec, 5 2018 @ 08:20 AM
link
No trolling, guys. I was most impressed that unlike other rocks I could see, this one had curved edges, under an environment where erosion seems unlikely. Detecting alien technology is NOT impossible, just made very difficult by a camouflaging avalanche of false alarms.

I was hoping for exactly what happened, a quick closer look for other images by an impressive group mind. Thank you! 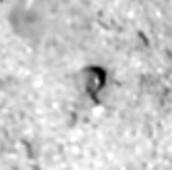