page: 1
31
<<   2 >>
log in
join
share:
shawmanfromny
+6 more
posted on Dec, 3 2018 @ 04:12 PM
link
Here's another "supposed" UFO sighting that was caught recently (11/26) over Spike Island in Cork Harbour, Ireland. This footage comes three weeks after commercial pilots saw an object(s) flying over Ireland, whose speed was "absolutely astronomical, like Mach 2 or something." 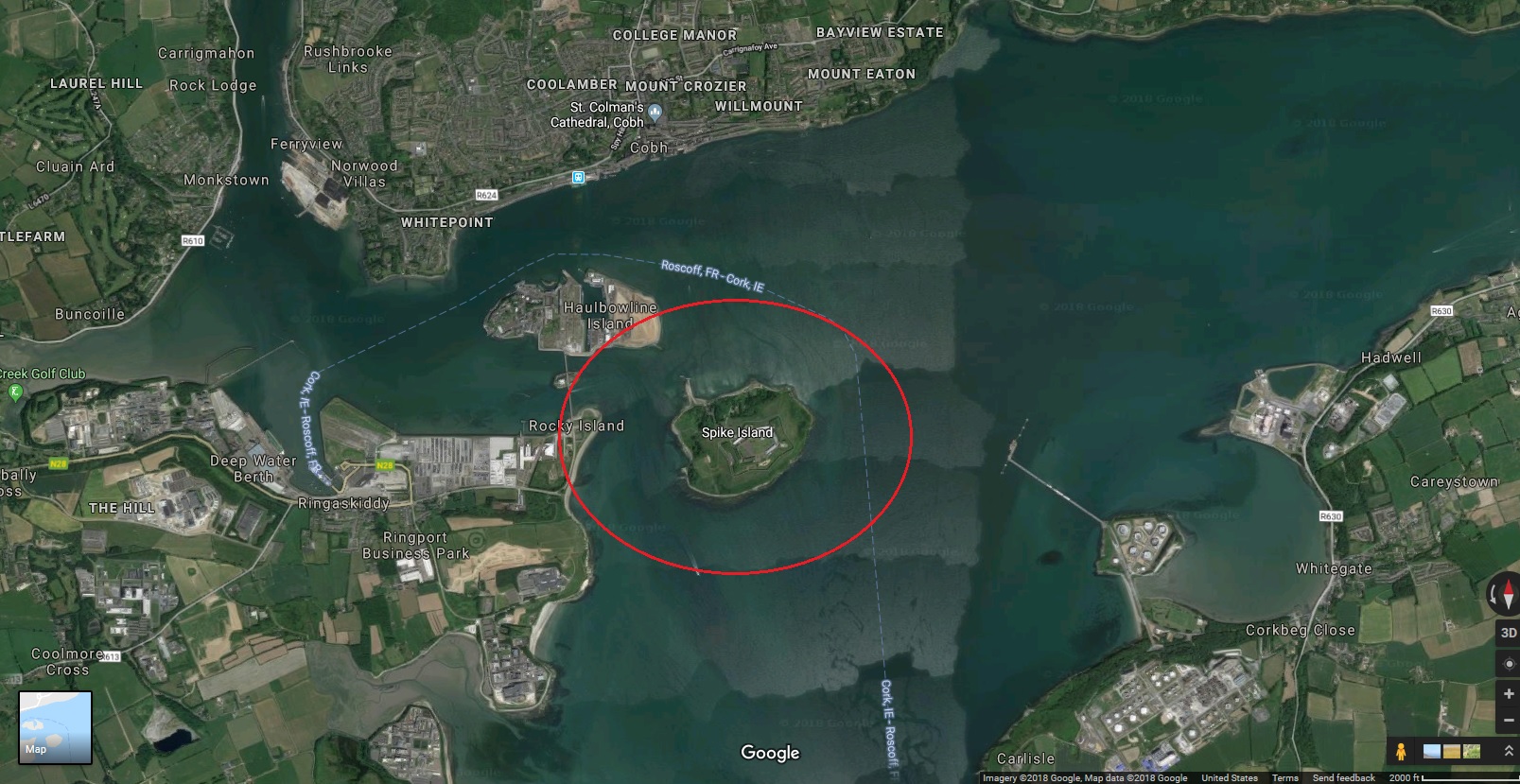 Chatter between airline pilots and Irish air traffic control focused briefly on the sightings, with at least four aviators confirming that they'd seen the phenomenon.

Another pilot chimed in, saying the speed that the object -- or objects -- were traveling was "absolutely astronomical, like Mach 2 or something."

I found this footage today, while looking for new UFO sightings on YouTube. The comments on this video footage is equally divided on it's authenticity and of course, the Secureteam10 UFO channel asked to share it with their viewers. I'm no expert in CGI, so I have no opinion, other than the footage looks interesting and would be a phenomenal catch if proven real. However, being both a sceptic and a believer, I'm leaning on CGI after effects, especially since the poster is a photographer. If it seems too good to be true...decide for yourselves: 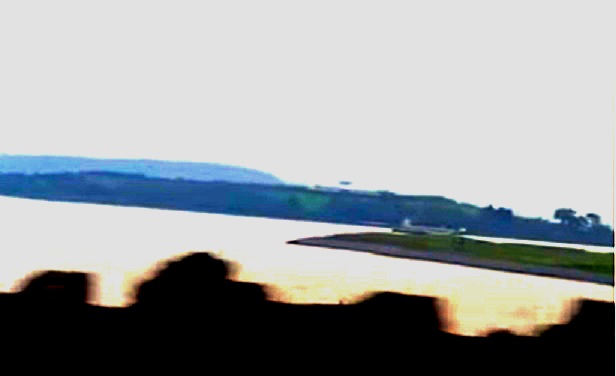 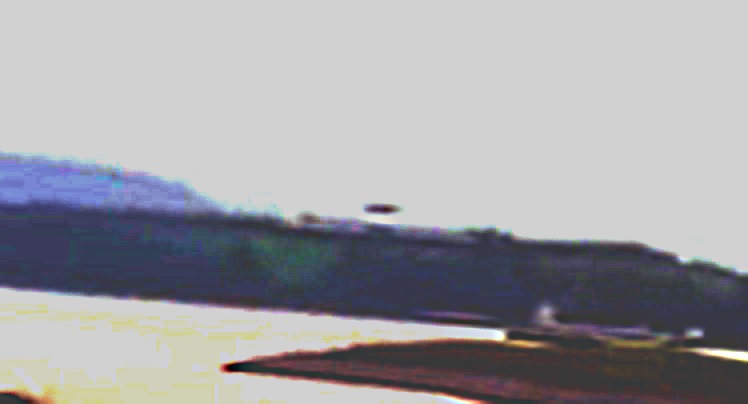 And all the people (including myself numerous times) who believe it, makes me realize how easy they could have faked the moon landings .

I dont think it was but we would have fallen for it hook, line, and sinker

Hmmm... There have been lots of sightings over Ireland lately. I wonder if the aliens have located ye lucky charms.

originally posted by: notsure1
I want to say WOW great video WTF was that? Then I remember CGI and how many times Ive been fooled .

1. Length of film doesn't mean a thing. The witness may have only just sighted it and begun recording.
2. Indistinct? Well with something an indeterminate distance away and with how crummy smartphone focusing is, it may be the fault of the equipment.
3. They may have caught the tail end of the said 'sighting.' We have no way of knowing how long this object, if it is really there, was there. If you only saw the last five seconds of a murder would you concur that maybe the murder didn't happen? This depends upon whether there is CGI at play here.
4. Jerky motion of the craft or the camera? I'm asking seriously, since it didn't seem to me the camera-man was moving erratically.
5. If something were to take off unexpectedly at an incredible rate of speed, how would the witness filming be honestly expected to track it? If they did track it, would that not also point to it being a hoax?
6. I don't know very many people who look up, let alone have their cameras pointed skywards. It could have just been dumb luck.

Interesting video nonetheless. Maybe someone with some CG experience could chime in, or a more in depth analysis of the video could be done.

Again, I'm not saying it's real... but the above mentioned reasons why it isn't are very subjective and don't do much to discredit it.

AHHHH, it's the Irish Nazi Martian Space German's flying a bratwurst over Eire, probably just needed some Kerry gold or something and hoped that no one saw them nip down to the local shop.

Seriously though and joke's aside that is one cool video but too blurred to make out detail, it may not even be cigar (bratwurst blame the German Martian Space Nazi's for that) but is moving so fast that the image is blurred as a result.
Still very interesting, it actually look's more disc shaped to me but flying very fast with the image distorted.
Difficult to tell distance or the object's relation to the ground images so a size estimate would be pure guesswork.
Nice find.

originally posted by: iMnotHigh
Looks like CGI to me.

originally posted by: AM10101
a reply to: Blue Shift

Playing devil's advocate here. [...]
Again, I'm not saying it's real... but the above mentioned reasons why it isn't are very subjective and don't do much to discredit it.

You're absolutely right. All I can say is that the questionable, obviously fake videos have many of these qualities because realistic CGI is time consuming and hard to pull off. Some are better than others. But what generally happens with them is... nothing. There's nothing to be gleaned from them. They are a dead end. I also have a list of things that make for a real video of a real thing, and those include:

1. More than one video or image of the thing being taken at the same time at different angles by people who are not anonymous and don't know each other.
2. Some kind of physical artifact associated with the video that is proven to be "alien" by just about all the independent researchers.

... and some other stuff. But the red flags I mentioned -- particularly when you have more than one or two of them -- are common among fakes.


It wasn't suppose to. I just mentioned that it happened 3 weeks after the pilot(s) sighting over Ireland.

posted on Dec, 3 2018 @ 10:08 PM
link
Why didn't the person filming try to follow it? I know it was going ridonk fast (supposedly) but even so, it seems the natural reaction would be to move the camera after it. That bothers me, as well as something I can't put my finger on, about the way it moves as it accelerates.

Ah, that means it probably is true!

posted on Dec, 3 2018 @ 11:39 PM
link
That thing accelerated so fast, a human pilot’s eyeballs would be touching the back of his skull. And another thing, if that thing went from 0 to mach 2, there would surely be a loud sonic boom to be heard for miles around. Are there any reports of that?

originally posted by: and14263
This looks super faked? Or is that just me?

the hell are you talking about?

the craft remains in correct position relative to the background, despite the camera moving - so you could say it's actually the opposite, it does match the movement of the camera. which is what makes it credible.

IT just could be a bird

caught at the right angle moving towards the car as its moving then the car starts to go around a curved part curving towards the objects that changes the angle and makes it look like fly's off at amazing speed when its the motion of both the object and car and teh distance between which I assume is close if its a bird and why it gives the sense the massive speed.

edit:that could be why we only have 10 seconds, I suspect the film could be longer but viewing just before or after would make it obvious.
edit on 4-12-2018 by InhaleExhale because: (no reason given)

Course you can. CGI isn't dark magic. It has tells and footprints and it can be deconstructed quite substantially.